“We’re on a mission to blow the minds of pleasure seekers everywhere. Our job description is simply this: to transform each sweet moment into an explosion of pleasure,” Gü writes on its website.

“Ever since we first sneaked Gü onto the shelves of a local supermarket, we’ve been pouring our hearts into making these victories more widespread; from a little-known secret to a global taste phenomenon on the tongues of millions,” the company adds.

Gü’s desserts come in sustainable plastic-free packaging — foil lids, cardboard sleeves, and glass ramekins which are made from more than 40 percent recycled glass. 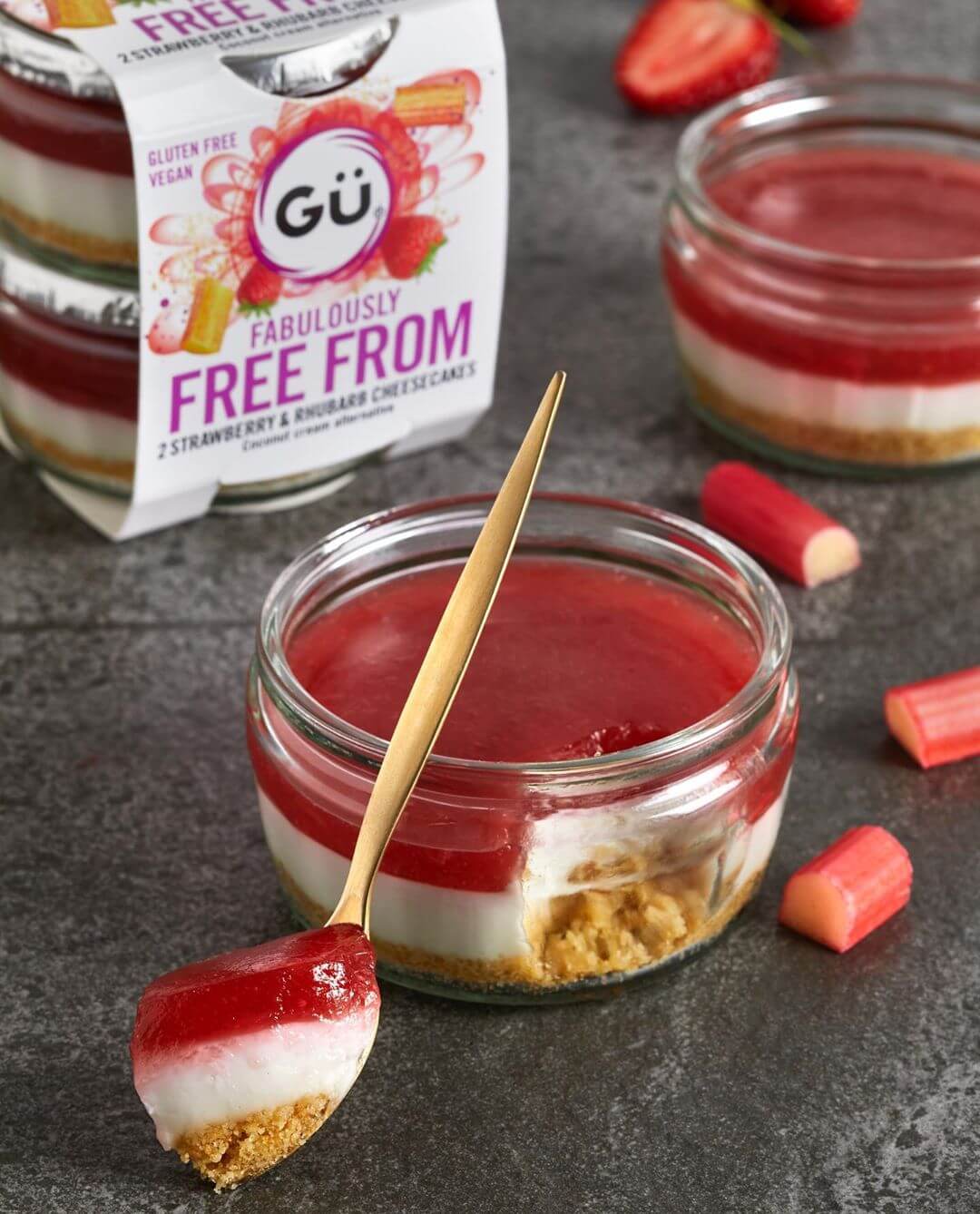 The vegan cheesecakes are made with real fruit pieces. | Gü

Gü isn’t the first to bring vegan cheesecakes to the UK. UK-based Italian food chain Zizzi added a handful of vegan dishes to its menu in December, including a Vegan Caramelized Biscuit Cheesecake. The dessert comes with a cinnamon biscuit base and crushed honey-less honeycomb.

In May 2018, major UK supermarket Sainsbury’s started selling plant-based “Cheezecakes” made by vegan dairy brand Daiya. The North American company also makes vegan Strawberry, Key Lime, Pumpkin, and classic New York Cheezecake, which it hopes to bring to the UK in the future.

Marcia Walker, the vice-president of research, development, and quality assurance at Daiya, said at the time to Food Business News, “We’re really excited to see where we can go with this and potentially look at other dairy replacement products… Maybe not just desserts but other dairy-like products that people have a hard time finding if they’re trying not to consume animal products.”

Vegan dairy products are becoming more popular in the UK for health, environmental, and ethical reasons.

Recent data by market research firm Mintel found that around a quarter of people in the UK now choose dairy-free milk. Younger generations are the most likely to choose plant-based dairy products; 33 percent of 16 to 24-year-olds prefer vegan milk over cow’s milk.

Gü’s vegan cheesecakes are available from Tesco and Morrisons.