Pizza night is the best night of the week. After days of homemade meals, it’s nice to kick back and let someone else do the cooking for you—particularly when it involves glorious carbs slathered in sauce and all of the toppings. It’s even better when you don’t even have to leave the house. Simply put, pizza is divine. And (wait for it), even if you’re avoiding meat and cheese, you can still order from your go-to pizza chains (yay!). Yes, that’s right—Domino’s has vegan pizza.

Every Vegan Option at Domino’s

With more than 17,200 stores worldwide, Domino’s is one of the most popular pizza chains out there. Here’s how to make your order vegan in the United States, the United Kingdom, Australia, and New Zealand. 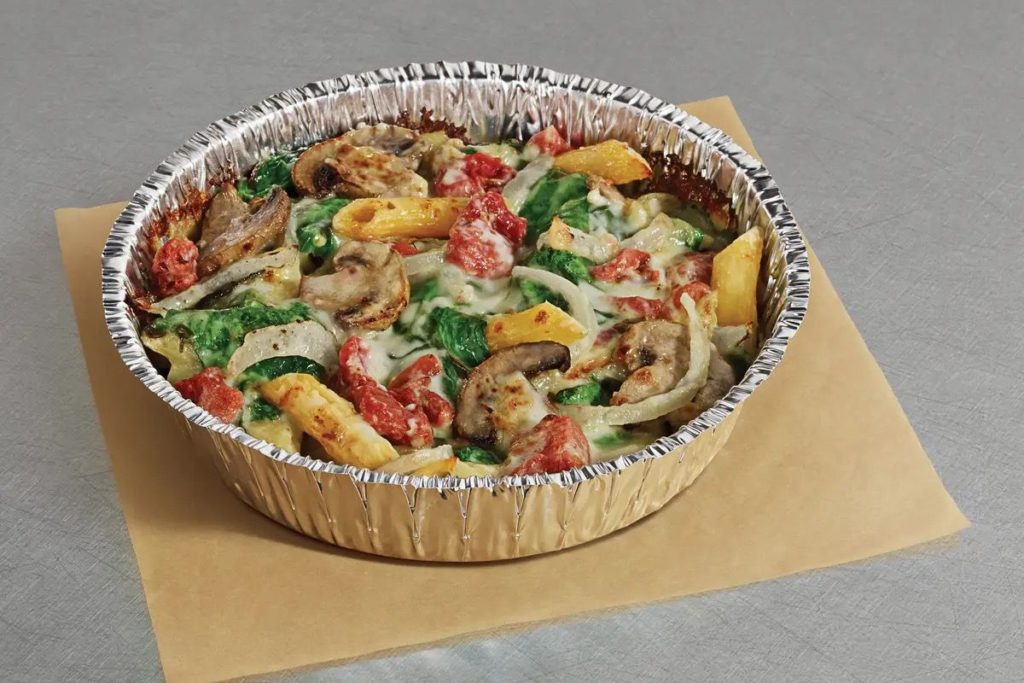 At the moment, U.S. Domino’s locations don’t offer vegan meat or cheese. But, don’t count out the possibilities of these coming to a menu near you in the future. Earlier this year, CEO Richard Allison told Yahoo Finance that the company was testing out plant-based beef toppings internally—most likely in the form of crumbles or beef. And with Pizza Hut announcing a trial with Beyond Meat, it may be only a matter of time before Domino’s jumps into the fray, too.

Although Domino’s is lacking plant-based meat and cheese, you can create your own vegan pizza—just leave off the cheese when you place your order. Here are your vegan options at Domino’s U.S.:

Vegan Penne: The penne itself is vegan, but the marinara sauce it comes with contains dairy. Order it without the sauce and top with vegetables.

Mediterranean Veggie Sandwich: The bread for this is vegan, so order it without cheese. It comes with roasted red peppers, banana peppers, diced tomatoes, spinach, and onions.

Still missing meat and cheese? Sprinkle your ‘za with some dairy-free shredded cheese (Daiya, Miyoko’s, and Parmela Creamery are just some of the brands that make vegan mozzarella shreds) and plant-based beef crumbles. 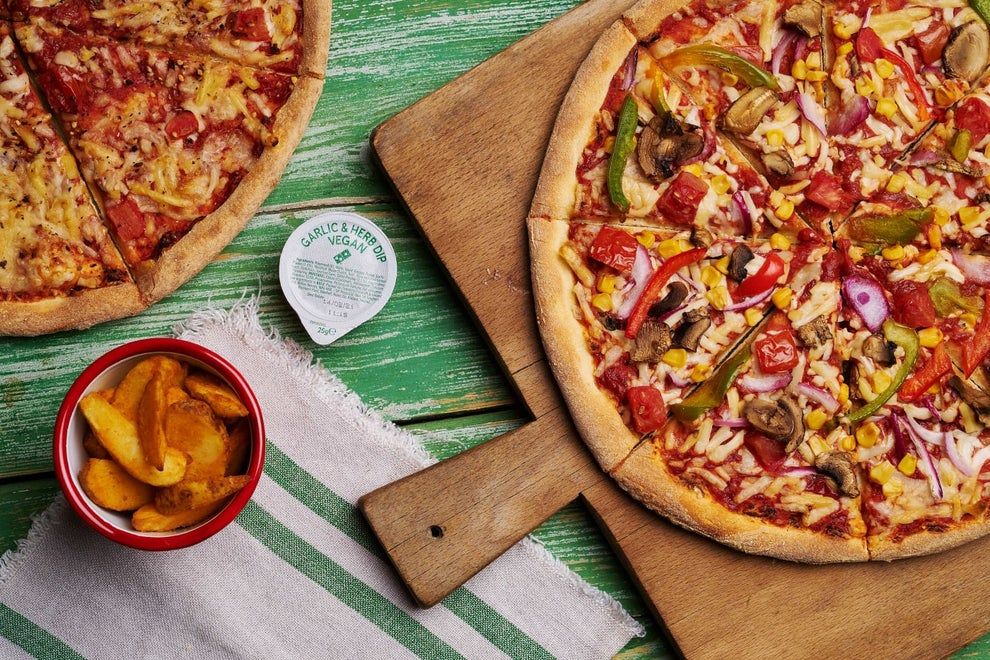 At one point, Domino’s UK didn’t offer any vegan pizza crust options. But oh, how the times have changed! After trialing dairy-free cheese pizzas at select locations in October 2019, the chain finally made the big announcement: vegan pizza is now available at all 1,200 locations across the UK, featuring its own dairy-free cheese made from coconut oil.

“Our vegan offering has been a while coming because we’re determined to make sure it’s full of our iconic Domino’s flavor. We might not be first but we’re always the best – no compromises, ” Aman Prasher, Domino’s chief vegan dough developer said in a statement.

There are also rumors on social media that Domino’s may offer vegan chicken in the UK soon, after a new vegan pizza called The Chick-Ain’t and Vegan Nuggets were spotted on the chain’s menu in Ireland.

Here are the current vegan options at Domino’s UK:

The Vegan Vegi Supreme: For all of you veggie lovers out there, this vegan pizza comes topped with mushrooms, sweetcorn, onions, green, and red peppers.

Create Your Own: You can also create your own vegan pizza at Domino’s! Just be sure to order the vegan crust, as the standard base contains milk. 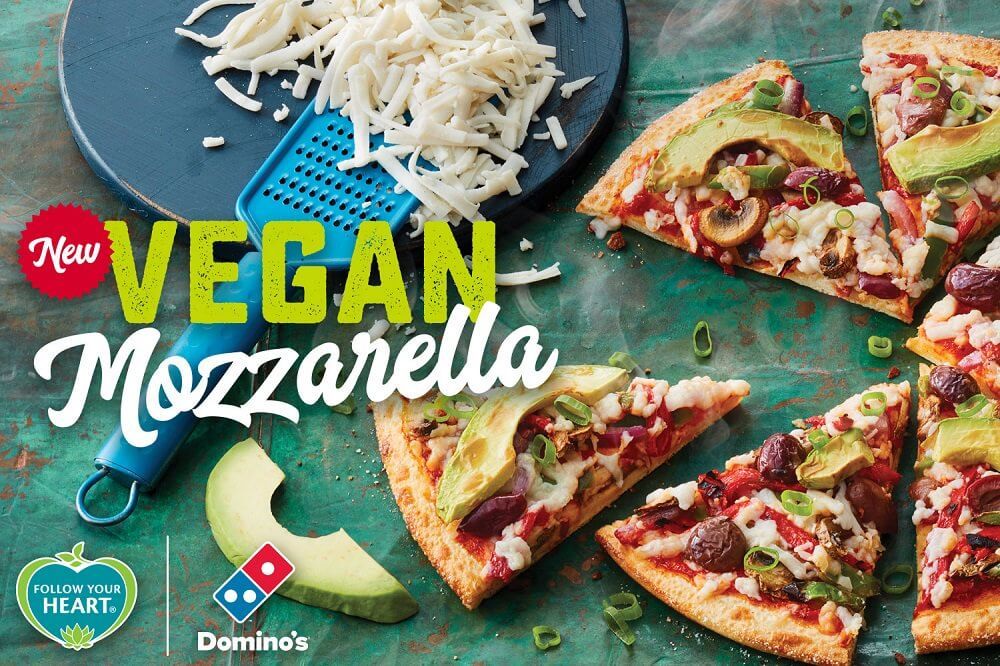 Domino’s has offered vegan cheese in Australia since 2018. | Domino’s Australia

Domino’s down under is pretty well stocked when it comes to vegan pizza (lucky!). The chain first introduced Follow Your Heart’s vegan cheese way back in 2018. It’s safe to say it was a hit because since then, the chain has added to its vegan pizza options: 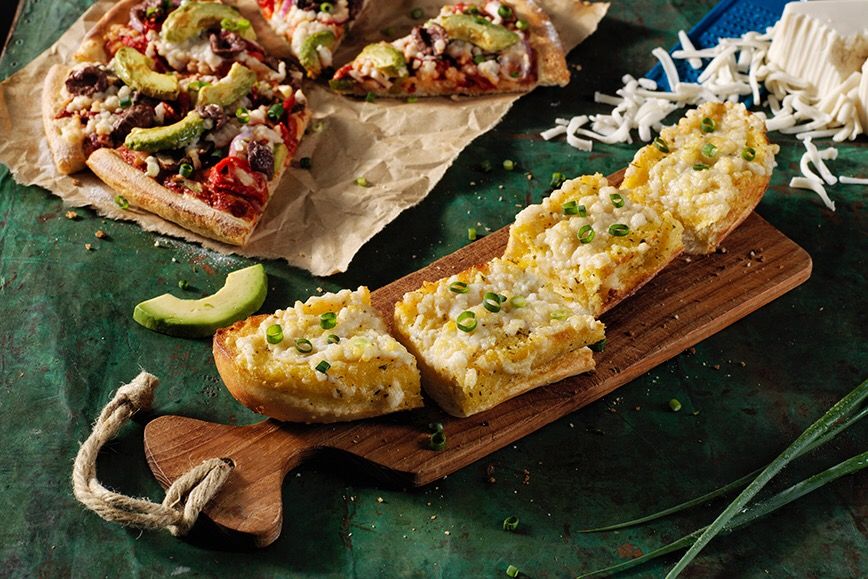 Garlic Bread: If it ain’t broke, don’t fix it. This classic garlic bread is warm and has enough garlic to repel vampires.