If you are like me, the word ‘microbiome” was largely unknown 5-10 years ago. Fast forward to 2020 and people approach me at dinner parties with questions like “my trainer said I need to eat more krauts for my microbiome, what do you think?” (eat ’em). But what exactly is the microbiome and is a vegan diet healthy for it?

The microbiome refers to the large mass of microbes, bacteria, viruses, fungi, and parasites, that live on us and in us. While there is a microbiome of the skin, the genitalia, and the mouth, most of the conversation on the bugs that live with us from birth to death is focused on the GI tract, affectionately known as the gut.

We can carry up to 4-5 lbs (2 kg) of microbes in our gut that represent a mass about as large as our livers. Within the tens of trillions of micro-organisms that live there are at least 1,000 species of bacteria consisting of over 3 million genes. What’s more, two-thirds of the gut microbiome—the population of microbes in the intestine—is unique to each individual. It is like our fingerprint in a region no finger can reach. While there are many functions of the microbiome for health and disease that are known, some unique advantages of a plant diet on the microbiome are of value to understand. 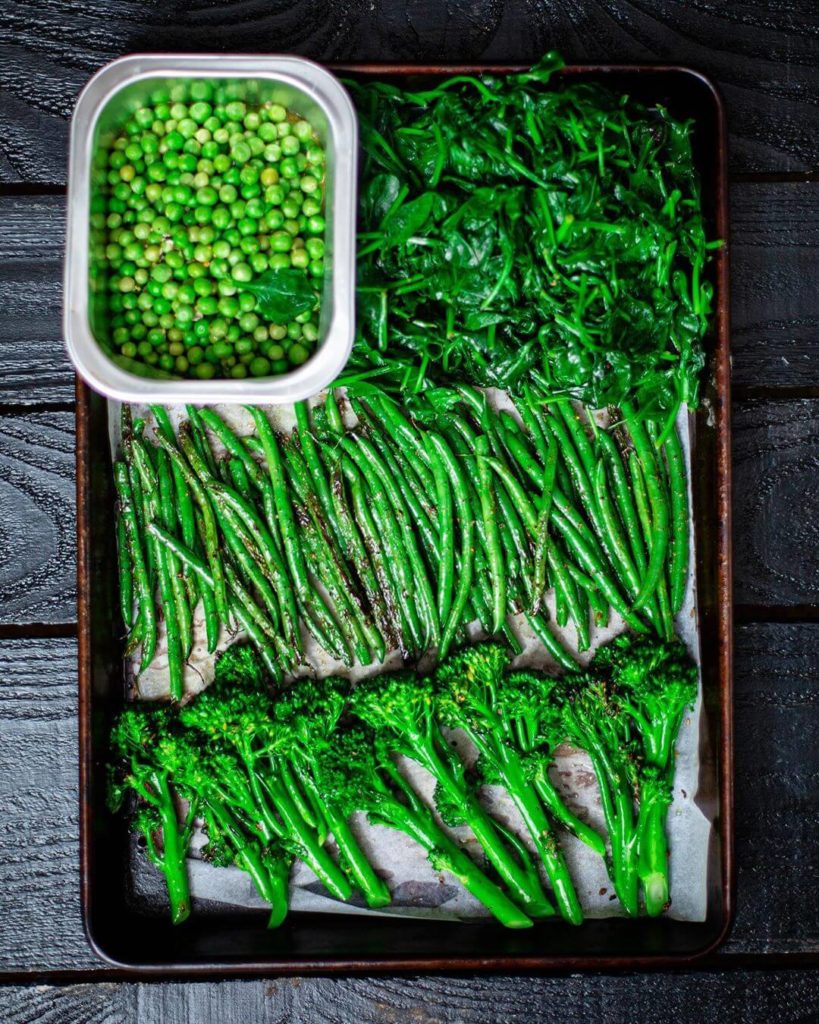 Green veggies are back. | Wicked Healthy

Plant-Based Diets and the Microbiome

While the population of microbes in your gut today is derived from your birth history (vaginal vs. C-section), your habits (like alcohol), and recent use of antibiotics, amongst other factors, your diet has a major impact on the nature of your gut bugs. One of the most interesting experiments demonstrating this was performed by a team led by Stephen O’Keefe, MD, and published in the journal Nature in 2015.

The scientists arranged for 20 African-American volunteers living in urban areas of Pittsburgh and 20 South African volunteers living in rural areas to be housed in research units in their respective countries for two weeks. The subjects had baseline samples measured in blood, stool, and actual colon biopsies. They then switched diets and were fed prepared meals. The rural South Africans ate meals focused on fast foods typical of urban Pittsburgh that were high in fat and low in fiber, while the Americans adopted the diet of South Africa consisting largely or whole plants that were very high in fiber and low in fat. In essence, a science experiment like the movie “Trading Places.”

Although the diet change was brief, the changes measured after two weeks were profound. Each group took on the other’s markers of bacterial metabolic activity and inflammation associated with cancer risk. In particular, African-Americans eating more fiber-rich plants with less fat experienced an increase in butyrate (a short-chain fatty acid) production, which is thought to play a key role in the prevention of colon cancer. As an aside, the researchers also noted they removed intestinal polyps at baseline from nine of the African-American volunteers, but none were present in the Africans eating their native plant-strong diet. In the Western world, colon cancer is the second-leading cause of cancer death and African-Americans carry the greatest disease burden in the United States.

The researches pointed to the increased amount of fiber in the rural plant diet—from approximately ten grams to more than 50 for African-Americans in the diet swap—likely led to biomarker changes reflecting reduced cancer risk. Eating fewer animal fat and proteins was also judged to be beneficial.

TMAO and the Vegan Microbiome

Researchers at the Cleveland Clinic commenced a hunt for new dietary factors and metabolites related to developing clogged arteries, known as atherosclerosis. They published data in 2013 that they had identified a compound present in our blood after meals, trimethylamine-N-oxide or TMAO, as being related proatherosclerotic. They identified that the amino acid L-carnitine found mainly in red meat, and choline found mainly in egg yolks, could be metabolized by the microbiome of the omnivores studied into the metabolite TMA and the liver converted that to TMAO. They related the blood level of TMAO to atherosclerosis and later to kidney disease. Of interest, they published more data that year and looked at the question of whether or not volunteers eating a vegan diet could produce TMAO like omnivores. They recruited volunteers eating a vegan diet and fed them a steak (for research purposes only!). The vegans produced far less TMAO from the same steak challenge as the omnivores. They hypothesized that the microbiome of vegans was different than omnivores and does not have a similar capacity to produce TMA and TMAO the same as regular meat-eaters. They reported that “the present studies suggest reduction in carnitine and total choline ingestion with attendant reductions in TMAO levels may contribute to the cardiovascular health benefits observed in vegan/ vegetarians.”

Odds are that the bacteria Akkermansia muciniphilia does not commonly come up in your daily conversation. However, it has developed a cult following. There is scientific data on it about protecting the lining of the gut via mucus production and favoring the creating of short-chain fatty acids like butyrate that actually feed other health-promoting gut bugs. Although the studies are small and preliminary, data exist indicating and abundance of this bug with vegan diets. Indeed, rhubarb has been suggested to increase the population of Akkermansia. Also, pomegranates stimulate the growth of Akkermansia as do polyphenols from grapes which counteracts the damage done to the gut from a high-fat animal diet (bacon and eggs).

Hippocrates is credited for saying over 2,000 years ago that “all disease begins in the gut.” As we learn more about the mass of microorganisms that live on us and in us, we are learning that we are actually eating for two (billion!) at every meal—our cells and our microbiome partners. The data emerging is that the benefits of a whole food plant diet extend into the deepest parts of us. These diets are not only offering nutritional benefits once absorbed into our bloodstream, but also play a role in promoting health for the communities in our intestines. Our microbiome is like a pet we did not realize we always had right there with us. just Like I love on my dogs Eva and Bentley at home, we can love and care for this pet inside of us with a plate full of rainbow-colored whole plant foods.