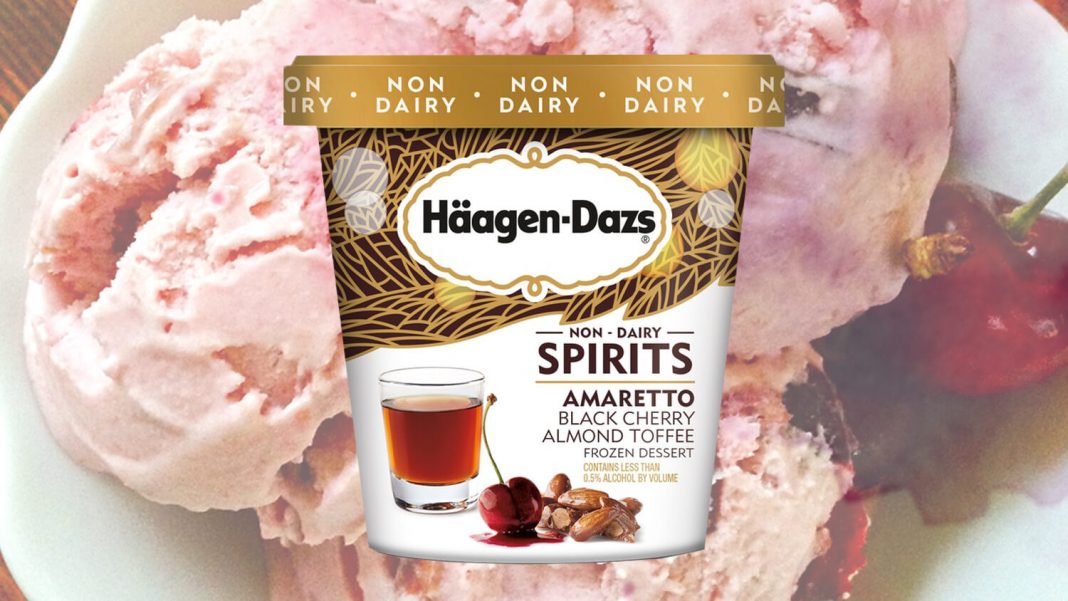 Häagen-Dazs launched just boozy vegan ice cream as part of its new Spirits line and it tastes just like amaretto.

The new non-dairy frozen treat, Amaretto Black Cherry Toffee, features an amaretto-flavored ice cream base with swirls of black cherry jam and almond toffee pieces. While inspired by spirits, it won’t get you drunk or even tipsy. A 14-ounce carton contains less than 0.5 ABV, according to the packaging. But don’t let that stop you from making dairy-free spiked milkshakes.

“The Häagen-Dazs brand is built on a passion for transforming the finest ingredients into extraordinary ice cream experiences,” said Rachel Jaiven, Häagen-Dazs brand manager, said in a statement. “The Spirits Collection was expertly crafted to offer new, extraordinary ways to indulge. Each flavor is perfect to pair with your favorite cocktail, elevate a boozy float, or simply enjoy on its own.”

When rich Belgian chocolate blends with swirls of sweet salted fudge and chunks of fudge truffles, an incredible non-dairy indulgence leads to your next äah moment.

Häagen-Dazs’ isn’t the only mainstream brand to enter the non-dairy ice cream market. Earlier this week, Magnum announced that its vegan Magnum ice cream bars are finally available in the US, after launching in the UK, Europe, Australia, and New Zealand.

The vegan ice cream market expected to surpass $1 billion by 2024, according to research released by Global Market Insights last October. The rising demand is driven by consumers looking for healthier, more sustainable alternatives to dairy.

The new vegan ice cream launched today and will be available in major grocery stores nationwide in April. Come March, you’ll be able to order it at Häagen-Dazs scoop shops.