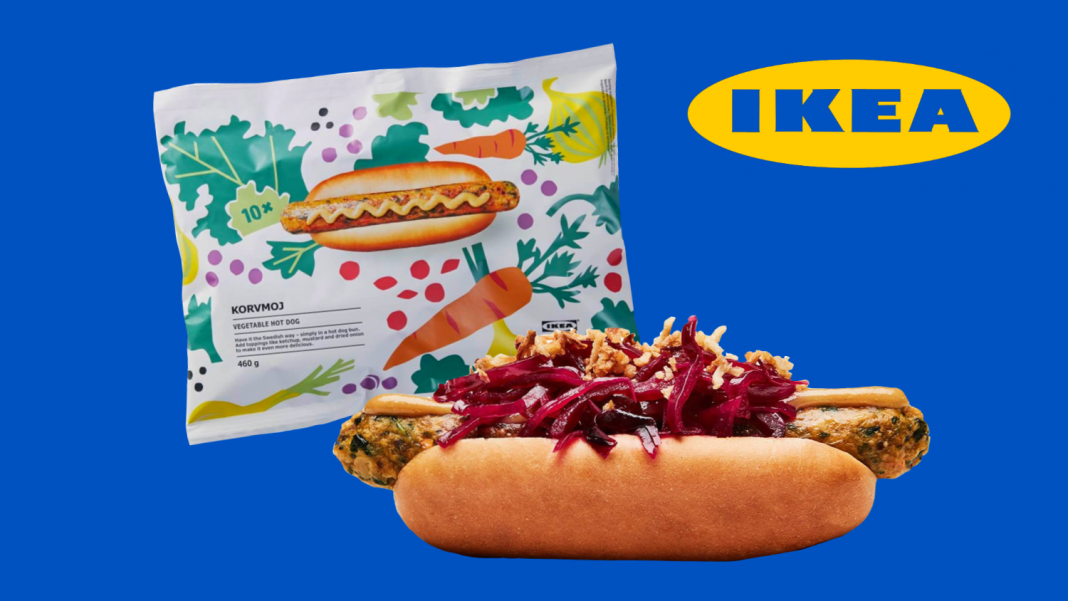 “A package of KORVMOJ contains 10 pieces of the same plant-based sausage you already know from the IKEA Bistro offer – now you can easily create your own veggie hot dog at home!” the company wrote online.

“Smaklig måltid!” it added, which translates to bon appétit.

The new product was inspired by customer demand, according to a press release.

Since the veggie dog’s launch in August 2018, IKEA has sold nearly five million meat-free dogs, something the brand names a “great success.”

“Many customers reached out to IKEA sharing their positive feedback as well as asking to be able to buy the plant-based sausage to bring home,” IKEA revealed.

KORVMOJ allows IKEA shoppers to enjoy “healthier, more sustainable” hot dogs from the comfort of their home. Made with kale, red lentils, carrot, and ginger, the vegan meat has a carbon footprint that is roughly seven times smaller than a conventional meat-based hot dog.

Let's start the week with tasty news: We're soon launching KORVMOJ, the packed version of our popular veggie hot dog. A package of KORVMOJ contains 10 pieces of the same plant-based sausage you already know from the IKEA Bistro offer – now you can easily create your own veggie hot dog at home! Find more information and a recipe via the link in our bio. Sales start in European markets: March/April 2019. Smaklig måltid! #veggiehotdog #KORVMOJ #plantbased

“When starting the development of the veggie hot dog, we asked ourselves: Has a plant-based hot dog the potential of becoming as loved by the many as the traditional hot dog?” Michael La Cour, managing director IKEA Food Services AB, said in a statement.

He added, “For me the success of the veggie hot dog in the Bistro and now the launch of KORVMOJ confirms our hopes and really lifts this plant-based alternative to the same level as our iconic hot dog.”