(Updated March 15, 2020) | Almost half of dairy-drinking Americans bought both cow’s and plant-based milk over the past six months, Food Navigator reports.

A survey of 2,006 adults—conducted by global market research firm IPSOS—revealed that 48 percent of Americans buy both vegan and dairy milk varieties. The survey was commissioned by Dairy Management Inc., a trade association funded predominantly by the U.S. Dairy Promotion Program.

More than half (51 percent) of people who purchase both milk types believe vegan milk offers more or equal protein quality to dairy, the study showed. The result “surprised” some dieticians, Food Navigator said, as it was felt that consumers would favor dairy protein for nutrition, a dominant trend for the past few decades.

Recent research from the Good Food Institute (GFI) and the Plant Based Foods Association confirms that vegan milk is mainstream now. Data taken throughout 2019 shows that 41 percent of U.S. households buy dairy-free milk. The entire category has surpassed $2 billion. 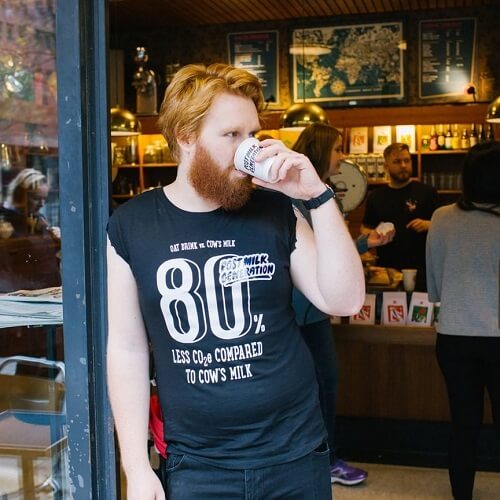 Why are vegan milk sales on the rise? | Oatly

The World’s Taste for Vegan Milk

In the UK, sales of dairy-free milk went up by 30 percent between 2015 and 2017. Also in 2017, Australians purchased more than $200 million of vegan milk. Whilst vegan options become more popular, dairy sales have experienced a decline.

From a health standpoint, dairy intake is linked to high cholesterol and blood pressure, more acne, and lactose intolerance. This is in addition to the studies that show an increased risk of developing diseases like type-1 and type-2 diabetes, Parkinson’s, and various forms of cancer.

In its 2019 food guide, Canada lent away from dairy, almost scrapping the food group entirely. Instead, it placed a larger focus on plant-based foods.

Sustainability concerns are also inspiring consumers to ditch dairy. The industry is linked to high greenhouse gas emissions, the degradation of local water resources, and the loss of biodiversity. The largest-ever food production analysis found that reducing dairy and meat consumption and going vegan is “the single biggest way to reduce your impact on planet Earth.”