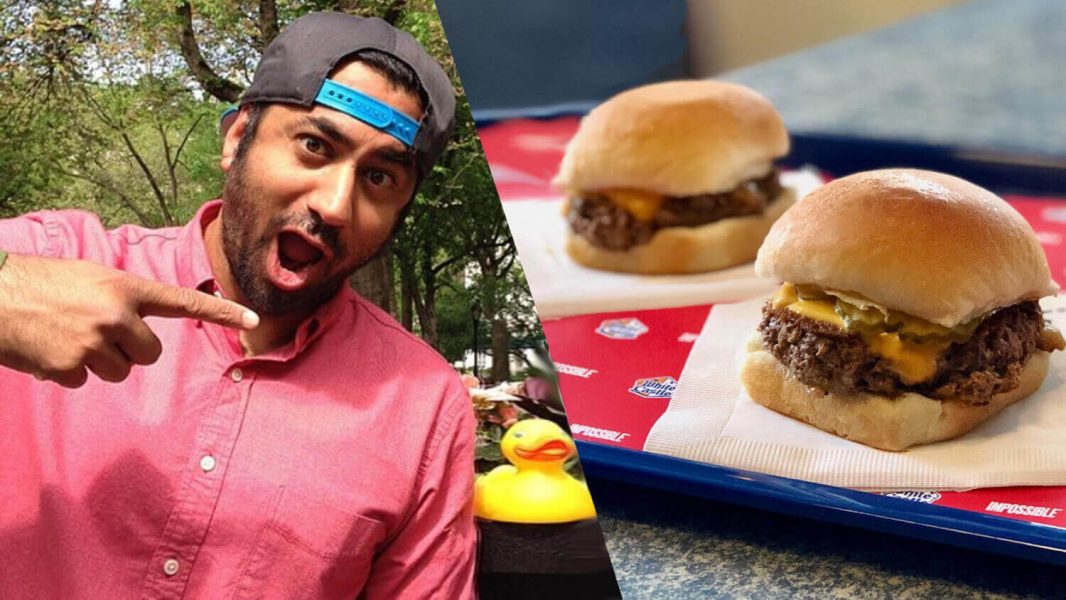 Forbes reports that Penn first tried the plant-based burger created by vegan meat brand Impossible Foods over a year ago, when he ordered it from the fast-casual restaurant, Bareburger. At first, the actor was so taken aback by the vegan burger’s realistic flavor that he checked with his server to ensure that his order was correct. Penn later learned that a friend of his worked at Impossible Foods and quickly decided to become an investor.

Penn believes in Impossible Foods’ mission of making factory farming obsolete. “A lot of things are compartmentalized because we don’t always have a chance to make conscious business decisions,” he said.

“Is love the greatest gift?” …Got a question, Earthling? Do as @KalPenn does and call #18334SLIDER to ask the @WuTangClan anything!  And head to @WhiteCastle to try the #ImpossibleSlider @realghostfacekillah @RZA @TherealGza

why kal penn is an ‘aspiring vegan’

Penn adopted a vegetarian diet in order to combat global warming shortly after the U.S. pulled out of the Paris Climate Agreement. The unprecedented move provoked the actor to reflect upon how his individual choices impact the planet, and as a result, he decided to remove meat from his plate. “I thought, ‘If I’m really this angry, maybe I should start making better choices for myself,'” he said.

Penn, who now describes himself as an “aspiring vegan,” realized what many recent studies, including the largest-ever food production analysis, have confirmed: a plant-based diet is the most effective way to combat climate change.

“I felt like this was in that vein,” Penn continued, commenting on how his investment in Impossible Foods goes hand-in-hand with his ethics. “I had a chance as an investor but also a fan of the product. It’s a company making a delicious product, making meat out of plants in a way that’s more equitable for the planet, more green, and the fact that it’s at White Castle makes the price point accessible to a lot of people.”

Earlier this month, after being tested at select White Castle locations, the vegan Impossible slider was added to the fast-food chain’s menu nationwide. White Castle vice president Jamie Richardson agrees that this vegan burger can make an impact. During the test run, some White Castle locations reported selling as many as 300 meatless sliders per day. White Castle marketing head Kim Bartley credited the huge success, in part, to the company’s successful social media strategy.