The University of Southern California has a brand new dining hall, in a brand new campus, complete with an expansive vegan menu.

USC Village is the new campus opening today in Los Angeles and is a $700 million addition to the University covering 15 acres as part of an ambitious public-private partnership with an aim of remaking a historically underserved neighbourhood.

Within this sprawling campus, the USC Village dining hall stands out for both it’s food and it’s aesthetics. Already compared to the Hogwarts Dining Hall from Harry Potter, chef Nathan Martinez has declared his own nickname for it stating “we’d rather call it a cathedral for culinary masterpieces”. Taking one look at the pictures of the hall, it’s easy to see why these descriptions have been put forward. 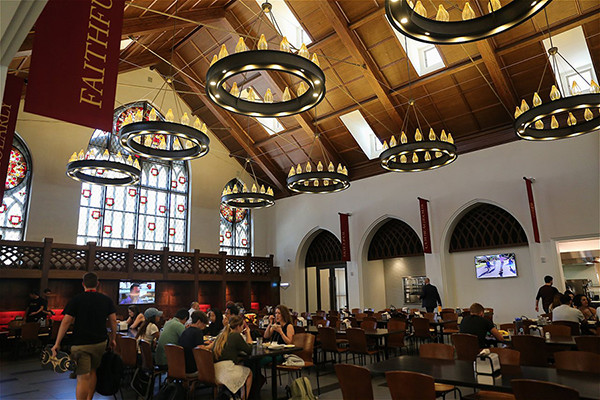 The dining hall, whilst visually impressive also goes beyond the simple food options you’d expect. Aligning with the principles of USC’s Food Philosophy and the Menus of Change initiative, food will focus on plant-based options, seasonal produce, and a reduction in meat, salt and sugar.

Chef Martinez has been clear that the dining hall isn’t going to be anything but the best. Stating that students “… deserve some of the best food out there.”

The options for food include: a deli station for students to create their own sandwiches; an Asian station; a dessert station with local, sustainable fruits and Martinez’s flagship vegan station which he is clearly quite – and rightly – proud of: “everything there is vegan, down to the breads and the offerings that we give. My biggest thing on it is that it’s actually made for everybody to enjoy. I try to create flavours and profiles that anybody would want to eat on a regular basis, and not realise they’re eating plant-based at the same time.”

The new 8,000 square-foot dining hall seats up to 450 people and will likely serve around 3,000 meals a day. Erik Russell, the associate director of residential dining for USC Hospitality – like Martinez is clear in the dining hall’s mission – “just like everybody, students want healthful food that tastes good”. 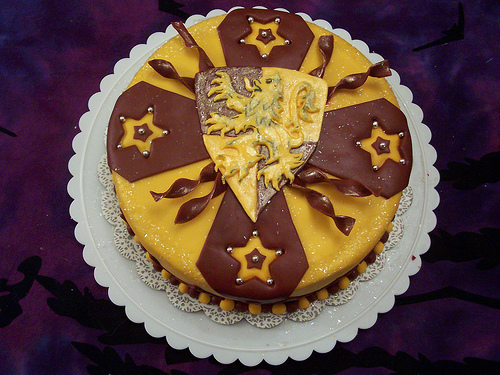 Having a clear goal to provide a variety of healthy food options using sustainable practices, USC seems to be off to a good start.

Even beyond the main dining hall, the new campus features a number of restaurant options including many with vegan choices such as: Barilla Restaurant, Sunlife Organics and Greenleaf Gourmet Chopshop.

It’s all gone a little bit vegan at the newest campus at one of America’s most recognisable Universities, but as no-one should ever try and say out loud – the more food with less Hog-or-warts, the better.