After a recent performance on NPR’s Tiny Desk Concert, the musician sat down with NPR Music’s Stephen Thompson. During the interview, the duo discussed their mutual love of Wisconson’s NFL team, the Green Bay Packers.

Styles described a trip he once took to the Green Bay Packers’ home stadium—Lambeau Field. He said the stadium served large, curved sausages called horse collars. Thompson asked Styles if he had tried one of the horse collars.

“I did not. I don’t eat meat,” the singer responded. He continued: “So yeah. No horse collar for me.” 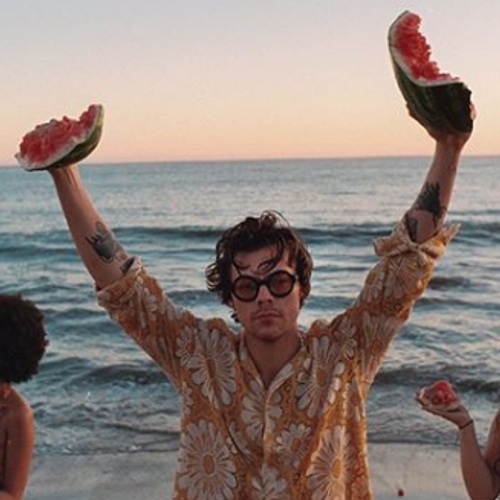 Styles Speaks Up For Animals

Although the singer isn’t vegan—he told Thompson that he is a big fan of cheese—Styles still uses his platform to speak out for the animals.

During a 2015 concert in San Diego, home of one of SeaWorld’s largest theme parks, Styles spoke out against the park’s exploitation of marine mammals. He asked his fans in the crowd: “Does anybody like dolphins?” After hearing uproar from the crowd, he said: “Don’t go to SeaWorld.”

The singer’s comments garnered support on social media. Game of Thrones star Maisie Williams shared a video of Styles making the comment on Instagram along with the caption: “You heard him, ladies and gents. Don’t go to SeaWorld.”

Styles isn’t the only celebrity to stop eating meat. Last year, music mogul Simon Cowell revealed he had cut meat and dairy from his diet following a health scare.

“Within 24 hours I changed my diet and I’ve not looked back since. You feel better, you look better,” he said in an interview with the Sun last year.

He continued: “I cut out a lot of the stuff I shouldn’t have been eating and that was primarily meat, dairy, wheat, sugar⁠—those were the four main things.” He later added he was planning on giving up fish, too.

In March, actor Jack Black revealed he had given up red meat for the planet.

He made the announcement in a video shared to Twitter along with the trending hashtag #myecoresolution.

“#MyEcoResolution is to stop eating red meat! I’m still going to eat a cheeseburger, but it’s going to be one of those new scientifically delicious veggie burgers. You know, the Impossible, the Beyond,” Black said in the video. “I’m doing this to help limit catastrophic climate change and to support my mental health. What pledge will you take for our planet?”