VEDGEco, a Hawaii-based vegan wholesaler dubbed the “Vegan Costco”, is expanding to the mainland United States.

The Kailua-based business is currently exclusively available within Hawaii. But from August 1, VEDGEco will sell vegan products to both customers and the foodservice sector in the lower 48 states.

The company operates on a similar model to wholesale shops like Costco. VEDGEco sells products such as JUST, Beyond Meat, Daiya, Gardein, and Impossible Foods in bulk and at accessible prices.

“Our mission at VEDGEco is to make plant-based products more affordable and accessible for everyone across the United States,” said VEDGEco Co-Founder and CEO Trevor Hitch. “Not just for restaurants and caterers, but for individuals and families to enjoy at home too.”

“Buying plant-based foods in bulk will save our customers a great deal of money,” he added. “The added convenience of having these products shipped directly to their doors within 1-2 business days will make it easier than ever for every American to try a plant-based diet.”

“Or add plant-based alternatives to their menu,” said Hitch.

The company aims to launch a website to facilitate direct-to-customer shipping for both consumers and businesses. VEDGEco will ship the frozen products inside environmentally-friendly and foam-free packaging from shipping facilities on the East and West coasts. 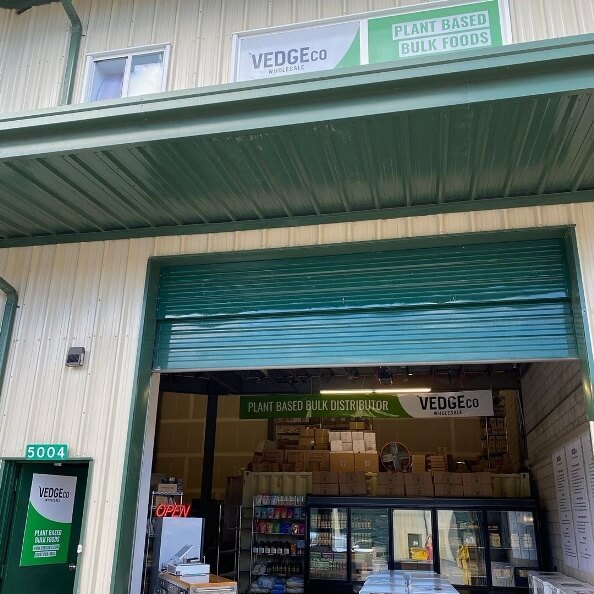 Trevor and Tyler Hitch launched VEDGEco on November 1—World Vegan Day— in 2019. After the success of their first year in Hawaii, the entrepreneurs felt that access to affordable vegan food in the mainland U.S. could be improved.

Recent data from analytics firm Gallup revealed that almost 25 percent of Americans are eating less meat than ever before. However, many people still perceive vegan food as an expensive choice.

Many Americans also live in “food deserts,” meaning they live without convenient access to affordable and nutritious produce. According to the United States Department of Agriculture, there are more than 6,500 food desert tracts in the U.S. Food insecurity also disproportionately impacts people of color.

As a result, increasing access to vegan products is key for many vegan businesses. VEDGEco, and even Costco itself, are increasing the availability of affordable vegan options to American consumers. As the demand for vegan food continues to grow, even the price of luxury items will fall.