A diet of whole, plant-based foods is one of the healthiest ways to live. The Academy of Nutrition and Dietetics, the largest organization of nutrition professionals, confirmed that plant-based diets are “appropriate for all stages of the life cycle” including pregnancy, infancy, childhood, and adulthood.

The Academy noted the lifestyle could reduce the risk of chronic disease, including some types of cancer and heart disease.

In 2018, a study by the American Heart Association revealed that out of 100 participants with coronary artery disease, those who followed a plant-based diet had the highest reduction of inflammation markers.

Angela Zeng, a doctor of pathology, has spent many years studying the role of food as a tool in maintaining health and wellness. She believes strongly in the healing power of plant-based food. When she first moved to America from China in 1996, Zeng struggled with the Standard American Diet, which is high in processed animal products.

She sought to create a healthy, plant-based product, filled with nutritious whole foods. She succeeded; and superfood beverage brand Karuna was born in 2017. In Sanskrit and Pali, karuna generally translates to compassion. It’s a key part of both Buddhism and Jainism.

The company is about compassion in every respect—compassion for the earth, for the ingredients it provides us, and for our bodies. 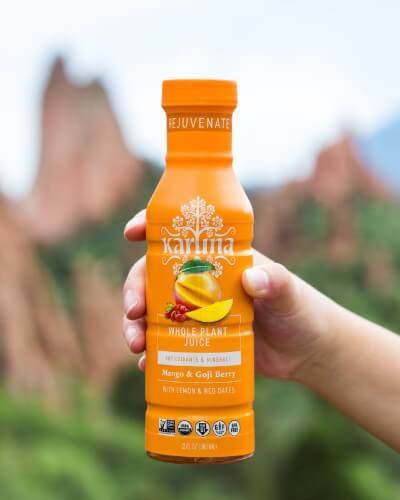 Mung bean sprouts are a key ingredient in Karuna’s drinks.

Zeng has all the right credentials to create a brand that serves people and their health.
She holds a Ph.D. in pathology from Saint Louis University School of Medicine and has completed postdoctoral studies at Northwestern University. She has also obtained an MBA from Washington University’s Olin School of Business.

Karuna ties ancient remedies together with modern science. Mung bean sprouts, which are native to India but were cultivated in China thousands of years ago, are the key ingredient. They’re packed with healthy nutrients, like fiber and iron, and antioxidants.

“Mung bean sprouts are known for aiding in digestion, boosting metabolism, lowering cholesterol, and improving skin health,” Zeng told LIVEKINDLY. “These powerful, yet unassuming sprouts have a low glycemic index and are packed with proteins, vitamins, and minerals that are vital to sustaining our overall health.”

Red dates, which feature in many traditional Chinese recipes, are thought to promote energy, endurance, and restful sleep, as well as healthy skin and hair. The ingredient, also known as the jujube fruit, is included in Karuna’s Rejuvenate: Whole Plant Juice.

Goji berries also feature in Karuna’s drinks. Native to China, they are a good source of protein, fiber, vitamin C, zinc, and antioxidants. For thousands of years, they have been used in Chinese medicine to treat problems with the immune system, as well as digestive issues and other ailments. 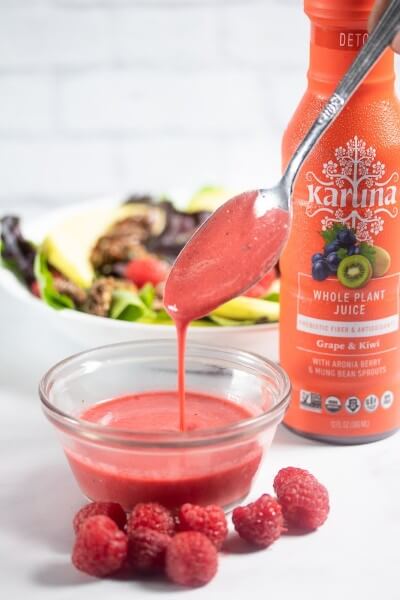 Karuna’s ingredients are non-GMO and locally-sourced.

Each beverage is a source of prebiotic fiber, which, among other benefits, is linked with improved energy, a lower stress response, and better hormone balance.

All of Karuna’s ingredients are locally-sourced. The mung bean sprouts are grown in a hydroponic garden, created by Zeng herself. “We grow and harvest our own mung bean sprouts hydroponically to deliver the freshest and most nutritious product to the consumer,” she explained.

Hydroponic growing allows Zeng to have more control over her ingredients, but it is also extremely eco-friendly. Despite not using soil, hydroponic gardening actually uses less water than traditional gardening. It also has a smaller carbon footprint and requires fewer chemical herbicides and pesticides. It also requires less space, as plants can be grown indoors, and even vertically if required. 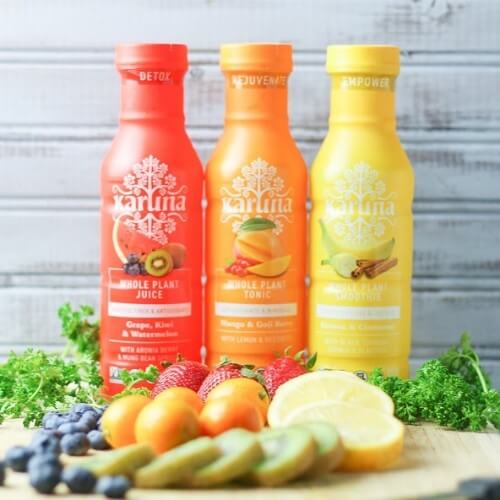 Karuna’s drinks are available across the U.S.

Karuna has already been acknowledged for its outstanding quality; its Detox Whole Plant Juice was recognized in the World Beverage Innovation Awards. Its Synergy Coffee Blend, which is infused with turmeric, was selected as a finalist for the ExpoWest2020 NEXTY Award. The awards recognize progressive and innovative brands in the natural products industry.

If you want to taste for yourself, Karuna’s drinks are sold in retailers across the U.S., including Whole Foods, Dierbergs, H-E-B, Schnucks, Amazon, Chamberlin’s Market, and Earth Origins Market.

Find out more about Karuna here.