If you’re trying to cut down on your meat consumption, there are plenty of vegan products you can try. Burger King, White Castle, and Barebuger all have vegan “bleeding” burgers on the menu, for example. Supermarkets are now stocked with everything from plant-based chicken to meatless meatballs, which look, cook, and taste like the animal-based product they’re trying to emulate.

These products are undeniably better for the environment, and they’re better for your health than the animal-based alternative. But if you’re looking for something a little less processed and a little more whole-food based, there are also plenty of brands you can choose from.

The Physicians Committee of Responsible Medicine — made up of 12,000 physicians — consistently advocates for the consumption of healthy, plant-based whole foods. The organization believes filling your meals with natural ingredients — like nuts, beans, fruits, oats, and vegetables — can decrease the risk of a number of diseases, including heart disease and some forms of cancer. When most talk about the major health benefits of a vegan diet, it’s the consumption of these types of foods that they are referring to.

So if you’re after products with the simplest, tastiest, healthiest veggie ingredients you already know and love, here are five whole food, plant-based meat brands that promise to be good to you and the planet. 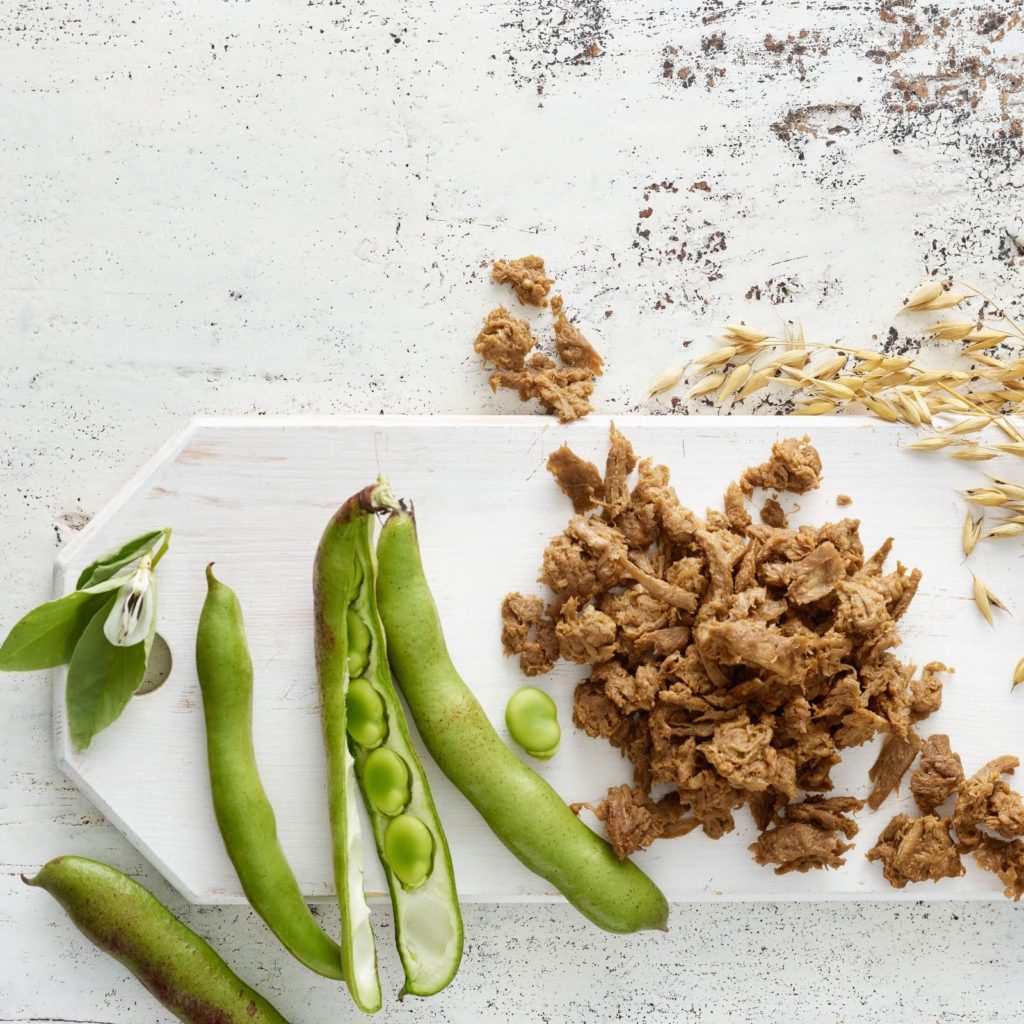 Gold&Green’s oat-based meat can be used in a variety of meals, It’s the first vegan meat of its kind and widely patented by Gold&Green Foods. 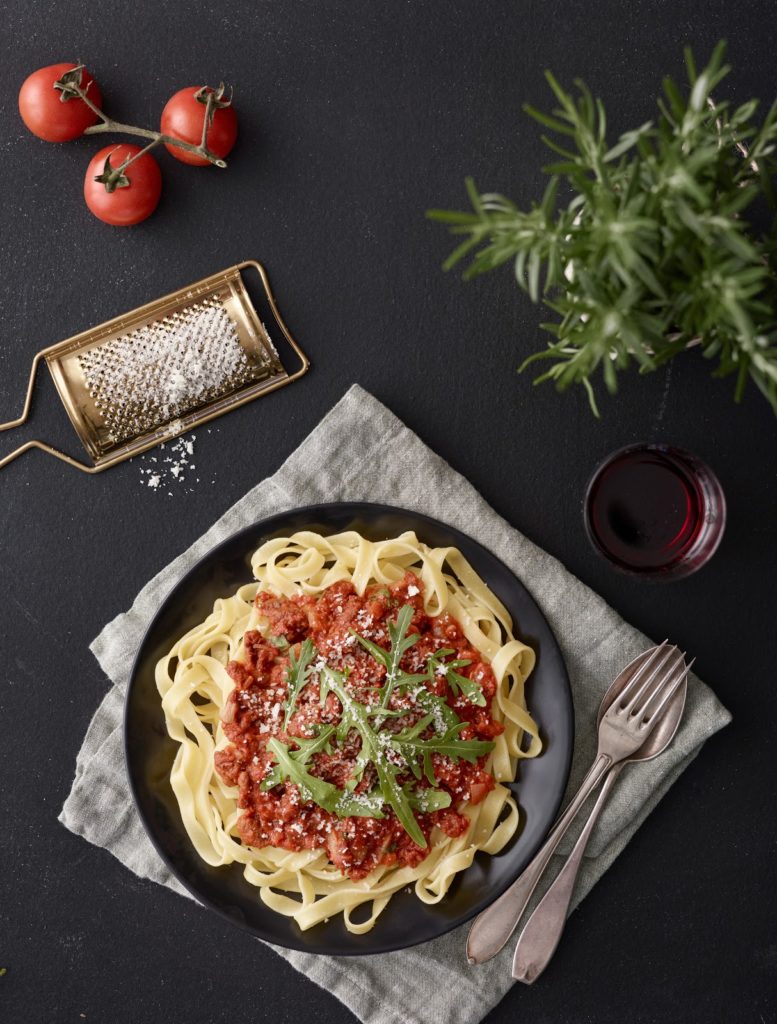 Finnish vegan meat brand Gold&Green focuses on creating plant-based foods that are easy, healthy, environmentally-friendly, and most importantly, delicious. Its signature product, Pulled Oats™, is a “revolutionary Finnish innovation” created by the brand’s founders, Maija Itkonen and Reetta Kivelä. The duo decided that it was their responsibility to show the world the potential of oats. In their view, the Nordic ingredient is “extraordinary in quality, yet undervalued.”

Made from only five ingredients — oats, yellow peas, fava beans, cold-pressed canola oil, and salt — there are no hidden nasties in Gold&Green’s Pulled Oats™. There are no confusing additives or e-numbers to Google, quite literally, you get just what it says on the label, which is sustainable, nutritious, protein-packed oat-based meat. It has even more protein than beef. A 4oz serving of Pulled Oats™ contains 34 grams of protein, the same serving of beef contains 20 grams. Pulled Oats™ also has fewer calories and less fat content than beef, and is a rich source of magnesium and beta-glucans.

It’s the first vegan meat of its kind. Created by Kivelä — a scientist who specializes in oats —  it’s not trying to mimic animal-based meat. It’s succeeding at being better, says the brand. Gold&Green believes its oat-based meat outdoes chicken in terms of taste, nutrition, and environmental impact. Pulled Oats™ requires less than 10 percent of the water used to produce the same amount of beef.

Gold&Green’s products aren’t your stereotypical health foods. They can be added to all of your favorite dishes, so there’s no new menu to dream up. It doesn’t require too much extra effort on your part either, as the vegan meat is easy to prepare. Love burritos? Switch out the mince for Pulled Oats™. Love spaghetti and meatballs? Gold&Green has created Oatballs. Can’t go without your family burger night? Swap beef for a Pulled Oats Hamburger or Pan Fried Patty. The team isn’t slowing down anytime soon either, the company has an entire set of new innovation platforms in the pipeline.

Want to try it out for yourself? The plant-based product is currently available in supermarkets across the Netherlands and Finland. Next year, it will be available in selected U.S. restaurants and soon, potentially, in U.S. retailers too. 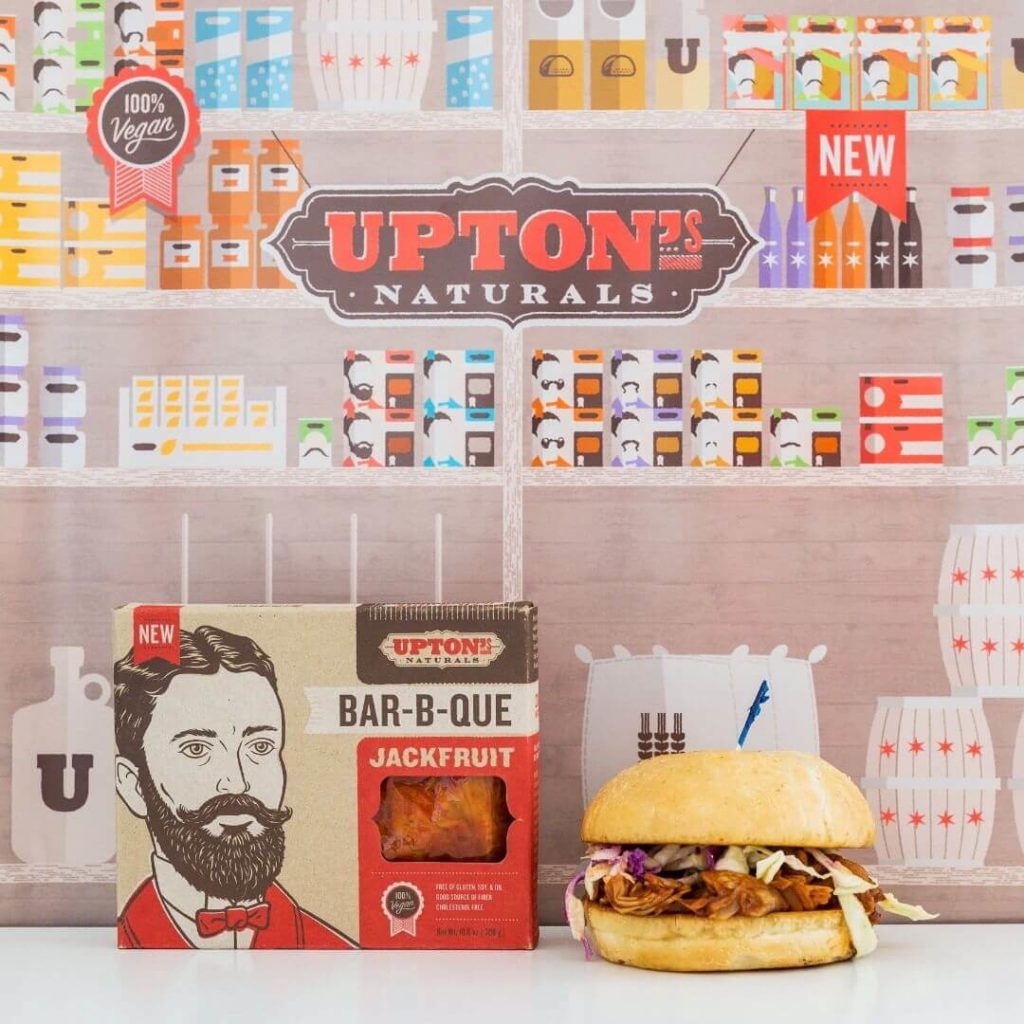 Upton’s Naturals does exactly what it says on the packet. It uses natural ingredients to make its products. When you pick up a packet of Upton’s Naturals vegan meat in the supermarket, you know exactly what you’re getting. Its Sweet and Smoky Jackfruit — the ideal replacement for pulled pork — uses just jackfruit, onions, water, sugar, seasoning sauce, paprika, liquid smoke, and salt. Its Classic Burger is packed with whole foods you’ll recognize straight away, including eggplant, tofu, onion, garlic, and parsley.

Upton’s says it takes foods that have been around for thousands of years, like seitan and jackfruit, and offers them to consumers worldwide. 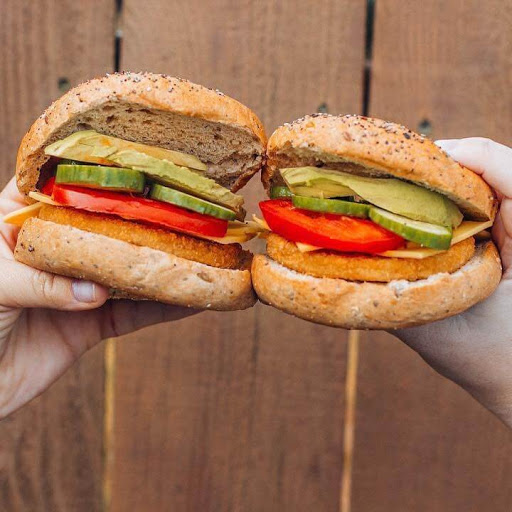 When it comes to veggie burgers, Boca is a veteran. It was founded in 1979 and as the name suggests, it was founded in Boca Raton, Florida. It used to include eggs in recipes, but nowadays, the majority of its products are vegan.

Made chiefly from soy and wheat gluten, Boca’s burgers are packed with protein. Its vegan options include Original Turk’y Veggie Burgers and Spicy Chik’n Veggie Patties. Its products may be free from meat, but all of its foods are full of meaty flavor and texture.

Boca’s products can be found in Walmart and many other major retailers across the U.S. 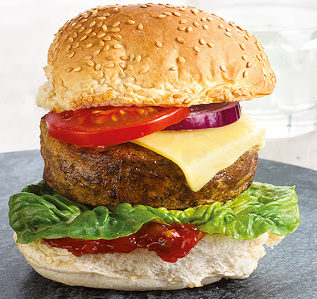 ClearSpot’s Organic Sesame Burgers are made with natural ingredients. | ClearSpot

Tofu company ClearSpot’s Organic Sesame Burgers are made with just seven ingredients: tofu, sesame seeds, millet, tamari, onion powder, ginger powder, and sea salt. The brand also offers Tofu & Bean Burgers and Sea Cakes. The latter is made with a handful of ingredients, including tofu, kelp powder, and tamari. Each of ClearSpot’s products are gluten-free, GM-free, wheat-free, and yeast-free.

ClearSpot’s products are available from a variety of UK wholesalers, direct retailers, and vegan supermarkets, including Planet Organic. 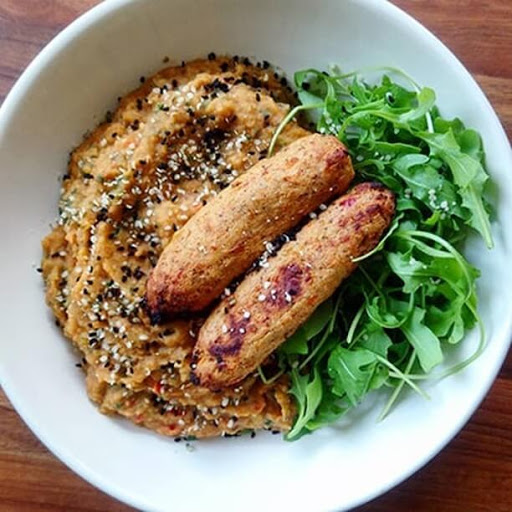 According to Gosh!, it has “nothing to hide.” It says, “we love ingredients you can see and taste.” Its Beetroot Burgers, for example, are made with only recognizable plant-based ingredients, including chickpeas, beetroot, courgette, and carrots. Its Veggie Sausages are Cumberland-style, but there’s no pork in the recipe. They’re made from a range of vegetables and legumes including chickpeas, green lentils, onions, and butterbeans. The brand also offers vegan Morrocan Spiced Koftas, Mushroom Burgers, and Smokey Sweet Potato & Red Pepper Sausages.

The brand’s products are available from a number of major supermarkets in the UK, including Tesco, Sainsbury’s, Asda, and Morrisons.