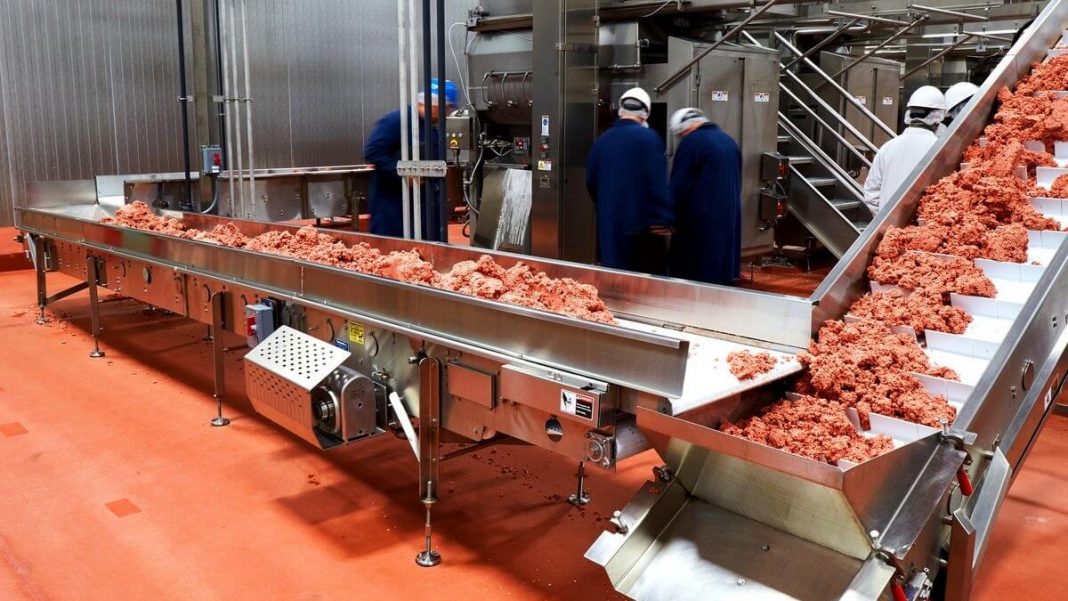 Media personality and vegan entrepreneur, Heather Mills, has announced that she plans to open her new plant-based food factory in the coming months, creating 300 new jobs.

The VBites owner purchased the former Walkers crisps factory in Peterlee, England last November. Around 350 production jobs were lost last year when the crisps factory was shut down by US-based Pepsi Co last year, according to the Chronicle. The Washington native said that she had planned to buy a factory in Austria, but after learning that a friend had lost their job, she decided to revitalize the local economy by buying the Walkers crisp factory.

The vegan female entrepreneur also had a message for retailers about supporting British-owned businesses: “I am pleading with the supermarkets to buy British. We have Brexit on the way, we are in this situation love it or hate it. The manufacturers are leaving for Germany left, right and center.”

Have you tried our vegan VBites schnitzels? ?? Repost: @bethanys.vegan.kitchen "A pretty “meat” and two veg meal, Vbites schnitzel, veg, mash and a river of gravy. I used to hate Sundays, because like many other families, my family would get together and eat a roast dinner. The smell of meat roasting is wholly off-putting, for obvious reasons I stopped eating meat when I was 12, and I was the only vegetarian in my immediate family. Fast forward to now (20 years later) and after my Mom and sister joining me as vegetarians (my sister went veggie at 12 like I did), they’re both vegan too My point being, don’t underestimate the little seeds you plant, you never know how things can change, or who will adopt your same way of living I hope you have a lovely Sunday ?" ° ° ° ° ° #vegan #vbites #schnitzel #mash #veg #sundaydinner #gravy #veganfood #foodshare #dinner #lunch #yum #potato #foodporn #foodphotography #instagood #food #plantbased #meatfree #easymeal #veganism #friendsnotfood #plantprotein #eatplants #bethanysvegankitchen

The soon to be revived factory will play a role in VBites’ expansion, which was announced in September 2017. Founded in 1993, Heather Mills’vegan meat brand currently exports to over 18 European countries and makes over 100 plant-based products that are sold in UK supermarkets. The company prides itself on its wide range of products and the use of only natural, plant-based ingredients with no artificial colors, GMOs, hydrogenated fats, and cholesterol.

Heather Mills’ VBites has been recognized as the UK’s most ethical food supplier 10 times and holds a number of other awards. Recent accolades include “Best Vegan Meat” at Vegan Festival UK 2017 and becoming a four-time winner of The Great Moshimo Vegan Challenge. Earlier this month, the brand announced that it would offer vegan fish steaks at over 140 Flaming Grill pub locations across the UK.

“[W]e are currently hiring people to work a second shift and making plans to double production in our first large-scale plant — and eventually, we will add more plants as well,” Rachel Konrad, chief communications officer at Impossible Foods said at the time. The announcement followed the opening of a 68,000-square foot facility in Oakland in September 2017.

Last June, plant-based protein brand Beyond Meat announced it would triple production at its Missouri factory, creating up to 250 new jobs.

VBites is currently in the process of recruiting workers and has already hired six former Walkers crisps employees.