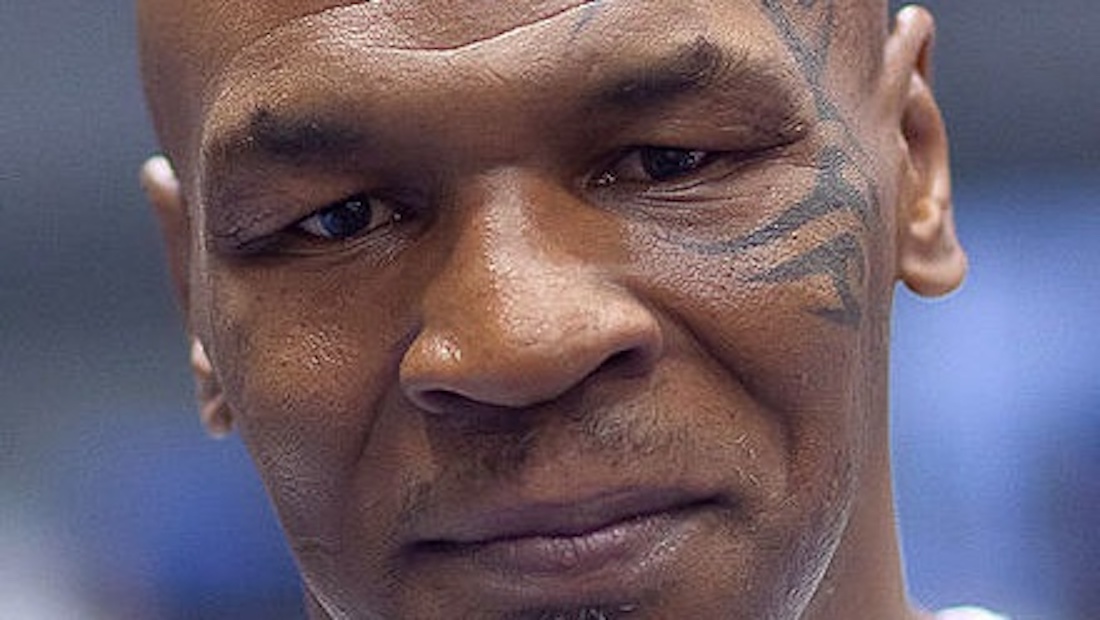 Heavyweight boxing champion Mike Tyson has just visited India for the first time. Tyson flew in to Mumbai to promote the launch of the Kumite 1 League, which sees mixed martial arts fighters from India going up against top talent from the UAE. But before the event, one of Tyson’s first ports of call was sampling the local plant-based cuisine. Tyson, who, at a media conference in the region named himself a “slumdog” and confirmed he intends to visit the Dharavi slums during his visit, also sent instructions in advance to his hotel to ensure that a vegan meal was waiting for him on arrival.

The former undisputed world heavyweight champion, who was the youngest person ever to win the title at just 20 years old, was once named the “baddest man on the planet.” So many of his fans might be surprised to know that the 52 year old has practised a vegan lifestyle for many years.

Tyson spoke about his plant-based diet in an interview in 2013, though he had already been vegan for four-and-a-half years at that time. He noted that he had consumed a lot of animal products when he was fighting, however, as he grew older he began to realize the impact it was having on his body. “I didn’t like the way I was feeling,” he said, adding that he had “a lot of arthritis,” joint problems, and was “morbidly” obese. After watching his partner turn to veganism, Tyson declared, “I want to do that. Cause I was just eating things without even figuring out what they are.”

In a separate interview, he revealed that going vegan helped him lose 130 pounds.

When questioned as to whether he could have followed a plant-based diet during his fighting days, Tyson admitted he was unsure, but pointed out that “the greatest gladiators, the greatest ones in Roman times, they were all vegan. That’s fighting to the death!”

In the modern world, plant protein is still powering many sportspeople. Heavyweight boxer Mike Rashid was previously a backer of the ketogenic diet, which is commonly based around animal products. However, upon switching to plant-based foods, he reported a noticeable improvement to his health. He revealed he used to experience severe pain in both knees to the point where he believed he needed surgery. However, he said, “when I reduced the amount of meat I was eating, that pain went away… It’s like a miracle.”

Anthony Joshua is another boxer who advocates for a plant-based diet. The unified heavyweight world champion revealed that vegan food is his go-to meal before jumping in the ring. Australian boxer and personal trainer Ayesha Pang said she intends to “completely obliterate everyone” during the ACT boxing titles, fuelled by her plant-based diet. And Britain’s “shortest” professional boxer Reiss Taylor, who is 4ft 11in tall and a vegan, is smashing stereotypes about height and diet.