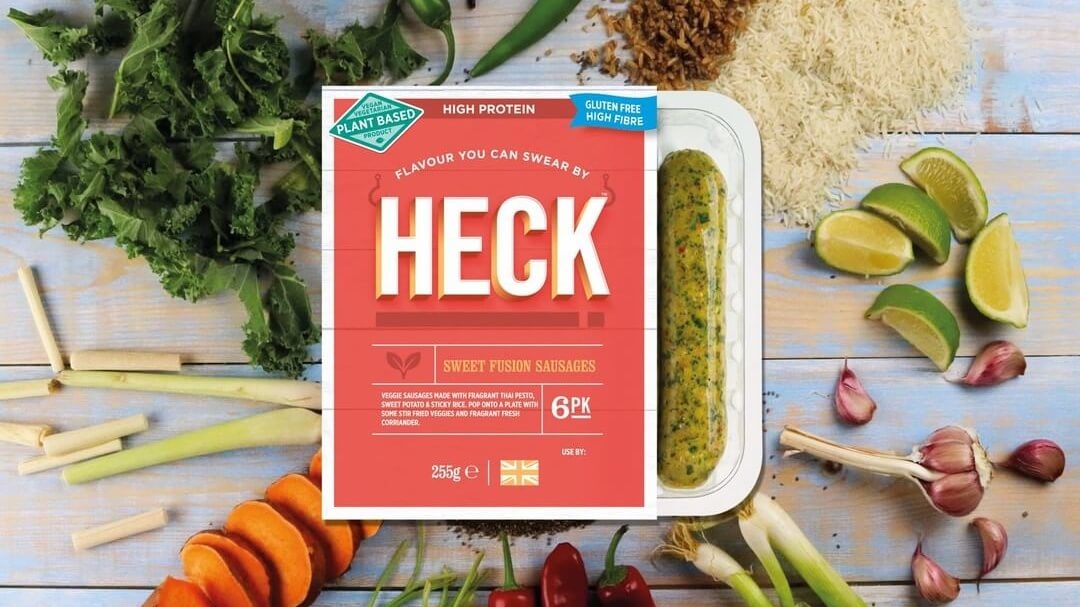 According to the Grocer, the company’s plant-based sausages are set to be available in 800 independent retailers across the country.

Initially launched in Asda and Waitrose stores in the UK last year, the products are a spin-off of the brand’s Veggie Bites.

Unlike some vegetarian-labeled meat products, the HECK range of sausages do not contain eggs or dairy. They are certified by both the Vegetarian and Vegan Societies to save consumers the trouble of scanning the ingredient label looking for hidden whey or animal product derivatives.

In addition to The Beet Goes On, flavors include Bollywood Bangers, Super Greens Bangers, and Sweet Fusion Veggie Bangers. Each is inspired by different cuisines to appeal to a variety of palates. Because they’re made of veggies, the sausages are also low in fat – unlike the company’s meat products – and contain a good amount of protein. The Bollywood Bangers, made with cauliflower, lentils, pulses, and seeds, contain 4.9 grams of protein per 100-gram serving.

Our Veggie Bites have had a makeover! ? Introducing The beet goes on, Super Greens Saus, Sweet Fusion Sausages & Bollywood Bangers! Be here at midday to find out where to get them ???

Vegan sausages are giving other plant-based meat products a run for their money. Although none can contest the enormous popularity of the various vegan “bleeding burgers,” many companies are cranking out their own versions of vegan sausages, both in the U.K. and abroad.

Even the creator of the Beyond Burger, Beyond Meat, has turned its attention to the growing sausage category. The Beyond Sausage, is now widely available in U.S. restaurants and supermarkets.

Sweet, savory, topped with sauerkraut, or served alongside a traditional English breakfast, one thing is clear: no warning is needed to watch a vegan sausage being made.

HECK’s vegan sausage range will be available in Australian stores from the end of March.