Unilever-owned International condiment brand Hellmann’s is launching its vegan mayonnaise to the UK market; the product previously launched in the U.S. with great success.

The launch of the new mayonnaise, made with maize starch instead of egg, is intended to satisfy the growing market of conscious, flexitarian consumers in the UK, as well as to save the brand’s falling sales. Hellmann’s mayonnaise sales have dipped by 3.8 percent, reports the Grocer, thanks to the popularity of products by rival brand Heinz. New innovative takes on the traditional mayonnaise format by other brands have also affected the company’s revenue.

“To continue to appeal to new shoppers, we are actively investing in key consumer triggers, which is why we are introducing a mayonnaise that taps into the vegan dietary trend,” Jon Walbancke, the marketing director for sauces and condiments at Unilever, told the Grocer.

Hellmann’s joins a number of vegan mayonnaise products already on the market, including those by much loved plant-based brands Follow Your Heart and Sacla, which landed on UK shelves earlier this year. 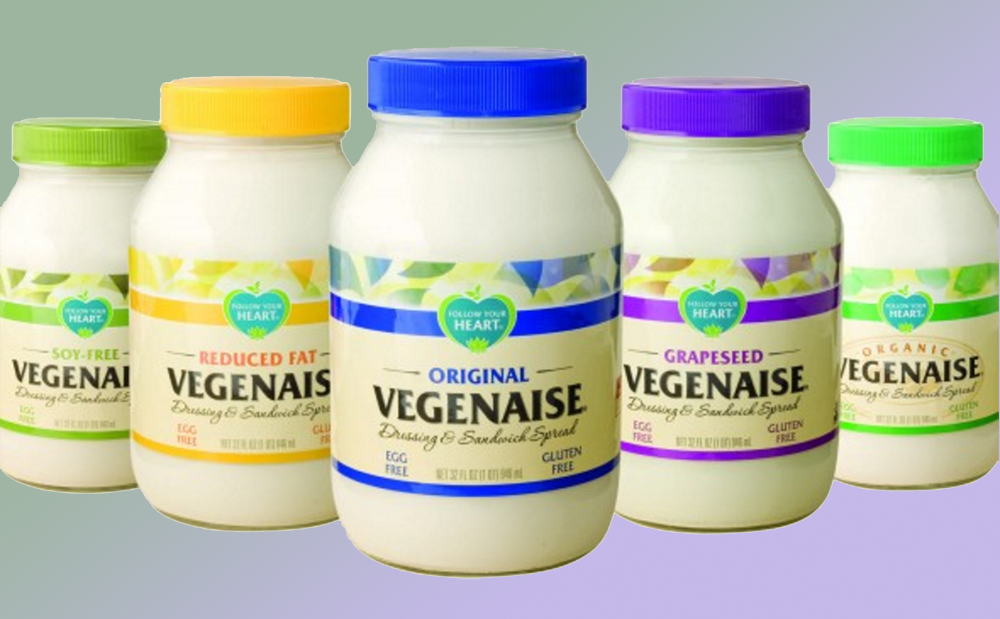 Across the UK, vegan product launches are becoming more and more frequent. Earlier this month, Heck, a small British meat company, debuted a new range of vegan and gluten-free sausages in a variety of innovative flavors in major supermarkets Asda and Waitrose. And at the very beginning of the year, a range of vegan Wicked Healthy ready meals launched with the UK’s biggest supermarket chain, Tesco. Since then, the chain has sold around 4 million of the plant-based dishes, proving the popularity of meat and dairy-free food with consumers.

It’s not just supermarkets cashing in on the new vegan trend, but pubs and restaurants too. In August, Marston’s, a UK pub chain, launched the Moving Mountains plant-based B12 Burger in 413 locations. The move was again in response to consumer demand said the company’s food and development manager Nicola Arrow.

“[It] is such an innovative addition to our menus,” said Arrow. “It not only caters to our vegetarian and vegan customers but also to those who are trying to make more conscious health or ethical choices when eating out.”

The new vegan mayonnaise by Hellmann’s will be available across the UK, retailing at £2.15 for 270g.