Animal rights activists published a map with the locations of more than 27,000 factory farms.

This includes 5,812 farms identified via satellite, many of which previously did not appear on public record. The map, known as Project Counterglow, aims to assist activist investigators. The project also provides an overview of the scale of animal agriculture, while the industry has spent years evading widespread exposure.

The founding Project Counterglow team is led by animal activist and undercover investigator Kecia Doolittle. Supporters of such investigations claim that they demand accountability in an industry plagued by human rights and animal rights violations.

Most recently, the animal rights group Direct Action Everywhere (DxE) shared footage of a killing method known as “ventilation shutdown” from Iowa Select Farms, the largest pork producer in the state. It involves placing pigs in a barn, sealing exits, and shutting off the ventilation system to cause death by hyperthermia.

News outlet The Intercept reported on the technique in detail, which resulted in an unnecessarily slow, painful death for the animals on the farm. “I didn’t believe it was real,” said Doolittle. 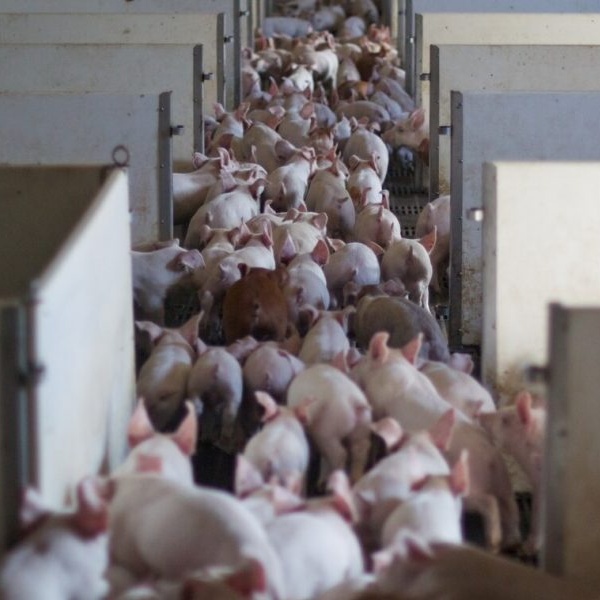 The US meat industry has slaughtered millions of animals early with no profit.

Experts have linked the conditions typically found in intensive factory farming with the risk of future pandemics.

Overcrowding, poor sanitation, use of antibiotics, and ineffective waste management can all lead to pollution and disease. Some experts believe that overcrowded pigs and poor waste management caused the initial outbreak of swine flu (H1N1).

The ongoing coronavirus (COVID-19) pandemic has closed meatpacking plants and restricted the processing and distribution of meat products. As a result, farmers with nowhere to sell their livestock have killed millions of animals to avoid incurring further losses.

According to the National Pork Producers Council, pig farmers may need to euthanize up to 10 million pigs by September.