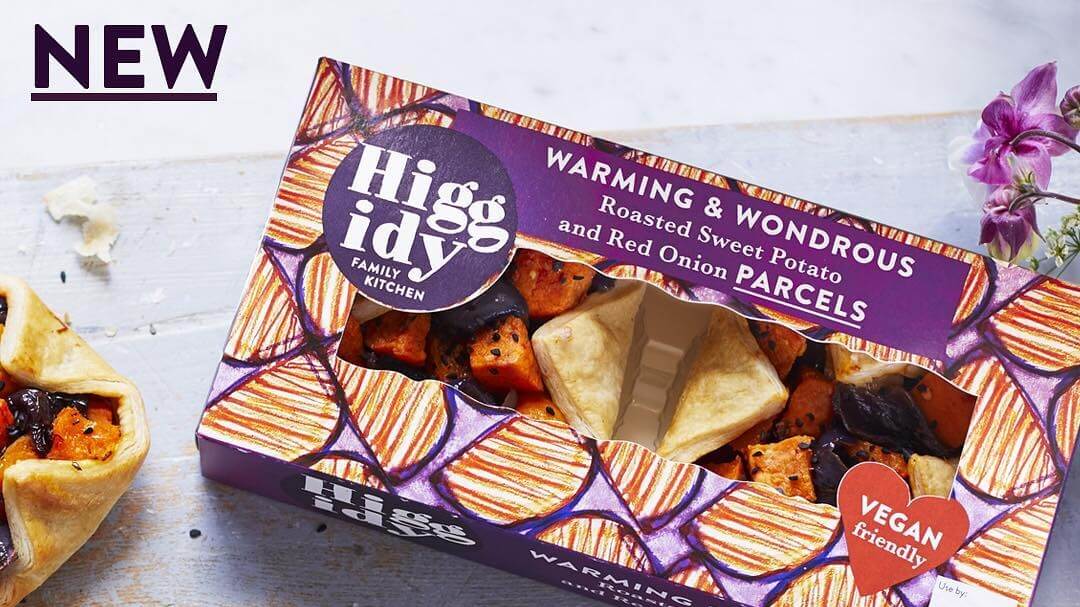 UK-based pastry company Higgidy has launched its first-ever vegan product. The new Roasted Sweet Potato and Red Onion Parcels, described on the packaging as “warming and wondrous,” will appear exclusively at Waitrose stores.

The parcels are filled with chili-roasted sweet potatoes, red onions, spiced tomatoes, and lentils, topped with millets and black onion seeds, and wrapped in hand-folded vegan pastry. Higgidy wrote online that the new product will “make for a fabulous mid-week treat.”

On Higgidy’s website, co-founder Camilla Stephens said, “I believe food brings colour to our lives. It nourishes, it sustains and comforts, but above all, I think it brings people together.” She added, “I never wanted Higgidy to be about precision or perfection. Because what matters is the joy of sharing delicious food with the people you love.”

The pastries will be stocked in Waitrose’ brand-new chilled vegan section, which was launched to cater to increased demand.

Chloe Graves, the vegan and vegetarian buyer for Waitrose, said: “Our current selection of products has been selling really well week after week. With requests for more choice coming from our customers and partners, we could clearly see there was an appetite to have more vegetarian and vegan options in our shops.” She added, “We are working with some fantastic exclusive brands to ensure our shoppers have a really unique selection of food to choose from.”

Alongside the introduction of an all-vegan section, Waitrose expanded its range of vegetarian and vegan food by adding fifty new products to its shelves. This month, the supermarket chain announced it had experienced a spike in sales of plant-based food, with meat-free food sales in particular increased by 34 percent.

In recent times, the number of people ditching meat, dairy, and eggs has grown exponentially. In the UK, rates of veganism have risen by 700 percent in the last two years alone. Other data uncovered that in Britain, 29 percent of evening meals consumed are now vegetarian or vegan, with unique vegan products said to be attracting new shoppers.