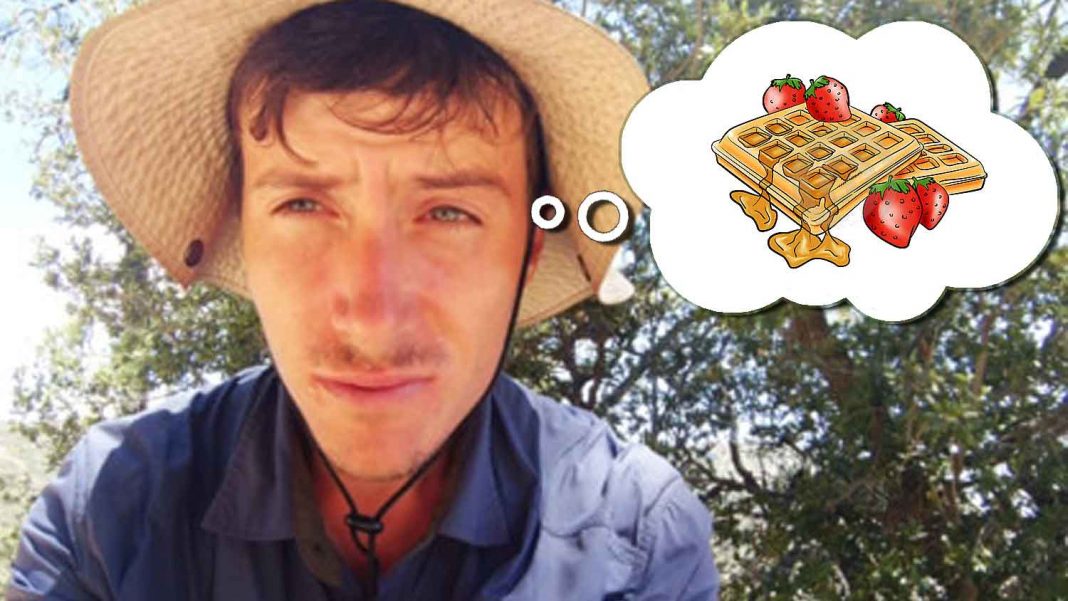 An experienced thru-hiker — hiking with continuous footsteps from end to end along a long-distance trail within one year — Curtin started at Windigo Pass in Oregon and finished up at Big Lake Youth Camp in Willamette National Forest, without stopping for 38 hours.

The camp only serves vegetarian and plant-based meals, which is exactly why Curtin — a vegan himself — chose it as his destination. “They were serving free vegan waffles in the morning,” he told Gearjunkie. “They were delicious!”

Curtin documented his journey, which he undertook last summer, and uploaded it to YouTube last month.

But he’s not stopping there. The vegan athlete has some serious plans for the future. “I’m getting on the [Appalachian Trail] at mile 900 and finishing the section my girlfriend has left to finish, from there ’til Katahdin.”

“After that, we’re planning on Everesting on foot (29,000 feet of elevation change without stopping),” he continued. “And I’m considering going for an unsupported [fastest known time] in the Northeast.”

Curtin isn’t the only athlete to prove that extreme physical achievements are possible to achieve without eating meat for protein. More and more successful sporting stars are choosing to eschew animal products from their diet.

Fiona Oakes —  a 49-year-old British vegan runner and the subject of the 2018 documentary “Running for Good” — has broken records in her field; she is the fastest woman in the world to run a marathon on every continent.

Icelandic powerlifter Hulda B Waage, aka the Vegan Viking, is another plant-powered success. Last May, Waage attended her second-ever European competition, beating three of her own national records at the event.