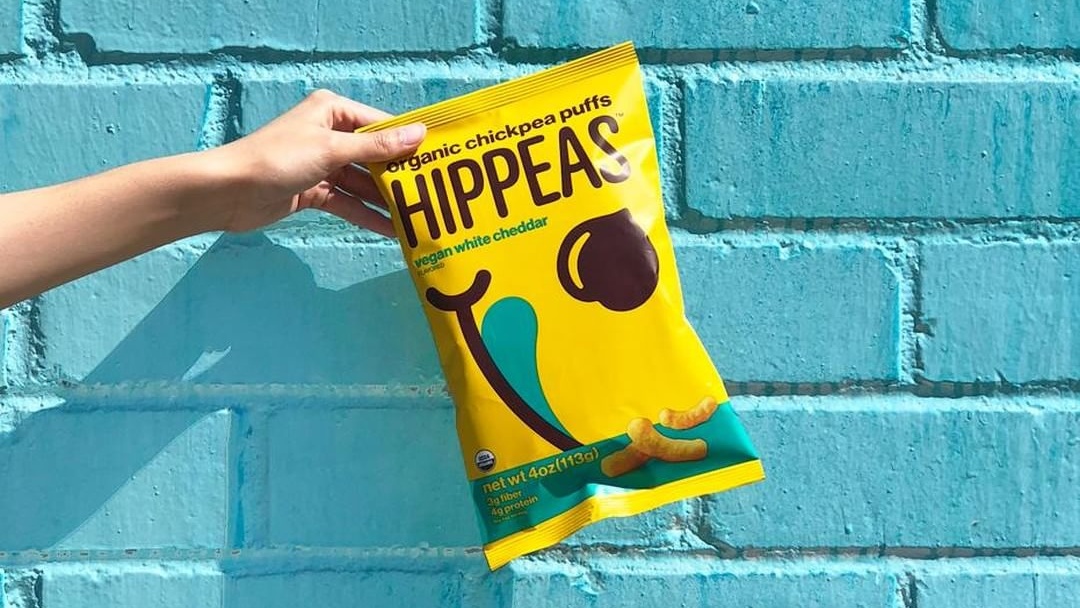 Hippeas, the vegan snack made from puffed chickpeas, is now available in select Target stores nationwide, the company announced on its Instagram feed Wednesday.

Last October, the company raised over $10 million from CAVU Venture Partners with the goal of tripling its sales by fall 2018, expecting revenue of $25-30 million this year. Founder Livio Bisterzo told Food Navigator he expects Hippeas to be a $100 million brand in three to five years.

Placement of the crunchy snacks in Target was part of the plan from the very start, Bisterzo said last year. The brand is also aiming for club stores and convenience markets as well. Hippeas launched its single-serve bags in Starbucks last year to much success. In the first year on the shelves at the popular coffee chain, Hippeas sold more than 2.3 million units.

The company has also moved some of its focus over to Amazon, where it’s seeing the online retail potential. “I think next year we could probably do $5M on Amazon, which is pretty amazing,” Bisterzo said.

While a number of brands in the vegan and plant-based protein space are using peas or the old tried-but-true soybean, Bisterzo was drawn to the power of the chickpea.

We’re stoked to announce that #HIPPEAS are now available at select @Target stores! ? In honor of our launch, we’re giving away a $100 Target gift card to help you stock up on your favorite snacks. To enter, make sure you’re following us and tag your shopping buddies below!⠀ ⠀ #Giveaway ends August 10. Open to US residents only. *Check your local store for availability.

“The current trend towards plant-based products led us to focus on chickpeas as the hero ingredient. Chickpeas are one of the hottest trends in the industry,” he told Forbes in 2016. “After countless rounds of product development we got to the crunch, bite and texture that we wanted.”

The startup has received significant praise and backing from environmentalist and Academy Award winner Leonardo DiCaprio, who’s funded a number of vegan brands including popular plant-based burger maker, Beyond Meat.

Hippeas is also bringing its snacks across the pond to Tesco, Sainsbury’s, and Asda in the UK following placement in Waitrose and Boots, Bisterzo told Food Navigator.

Healthy plant-based snacks are driving purchases across all key areas–from salty and savory snack brands like Hippeas and SuperEats’ puffs made from sacha inchi seeds to vegan jerky brands made from mushrooms, coconut, and seaweed. Vegan treats are becoming the norm as well as major frozen dessert brands like Ben & Jerry’s, Halo Top, and Häagen Dazs all launched dairy-free ice cream ranges in the last several years.