Around the world, people are eating more meat-free and vegan food than ever before.

But vegan food is not just a modern invention, and meat-free diets are not dependent on cutting-edge alternatives. Some anthropologists believe that early humans mostly gathered and ate plants. They supplemented a primarily plant-based diet with occasional animal protein and meat. Studies on the Paleolithic or Stone Age diet reveal that early humans collected up to 55 different types of plants to eat and relied heavily on vegetarian foods for nutrition and survival.

Prior to the foundation of The Vegetarian Society (VegSoc) in 1847, the word vegetarian itself was not widely used. It was not until the 1960s that a meat-free diet became popular in the U.S. and UK. But meat-free diets were and are present in a variety of forms in different countries around the world prior to this.

The history of plant-based food does not belong to Western countries. And in some regions, plant-based food has been present for thousands of years. Each nation has its own unique version of a meat-free diet, with its own history, influences, go-to ingredients, and delicious national dishes.

Many followers of Ancient Dharmic traditions such as Hinduism, Jainism, Buddhism, and Sikhism, along with some followers of Abrahamic religions such as Islam, Judaism, and Christianity, adhere to a meat-free lifestyle as part of their religious doctrine. Because of this, the history and development of religions frequently shaped national attitudes to meat consumption.

6 Countries With a History of Veganism

Vegan cuisine and vegetarian culture are found in many countries around the world. It is frequently deeply rooted in tradition, religious beliefs, and cultural landmarks. More than a modern trend, a Western lifestyle, or a youthful fad, following a plant-based lifestyle can be a deeply personal choice with myriad complex connotations.

The following countries have either a history of veganism and meat-free foods, an ongoing plant-based movement, or an up-and-coming vegan demographic. 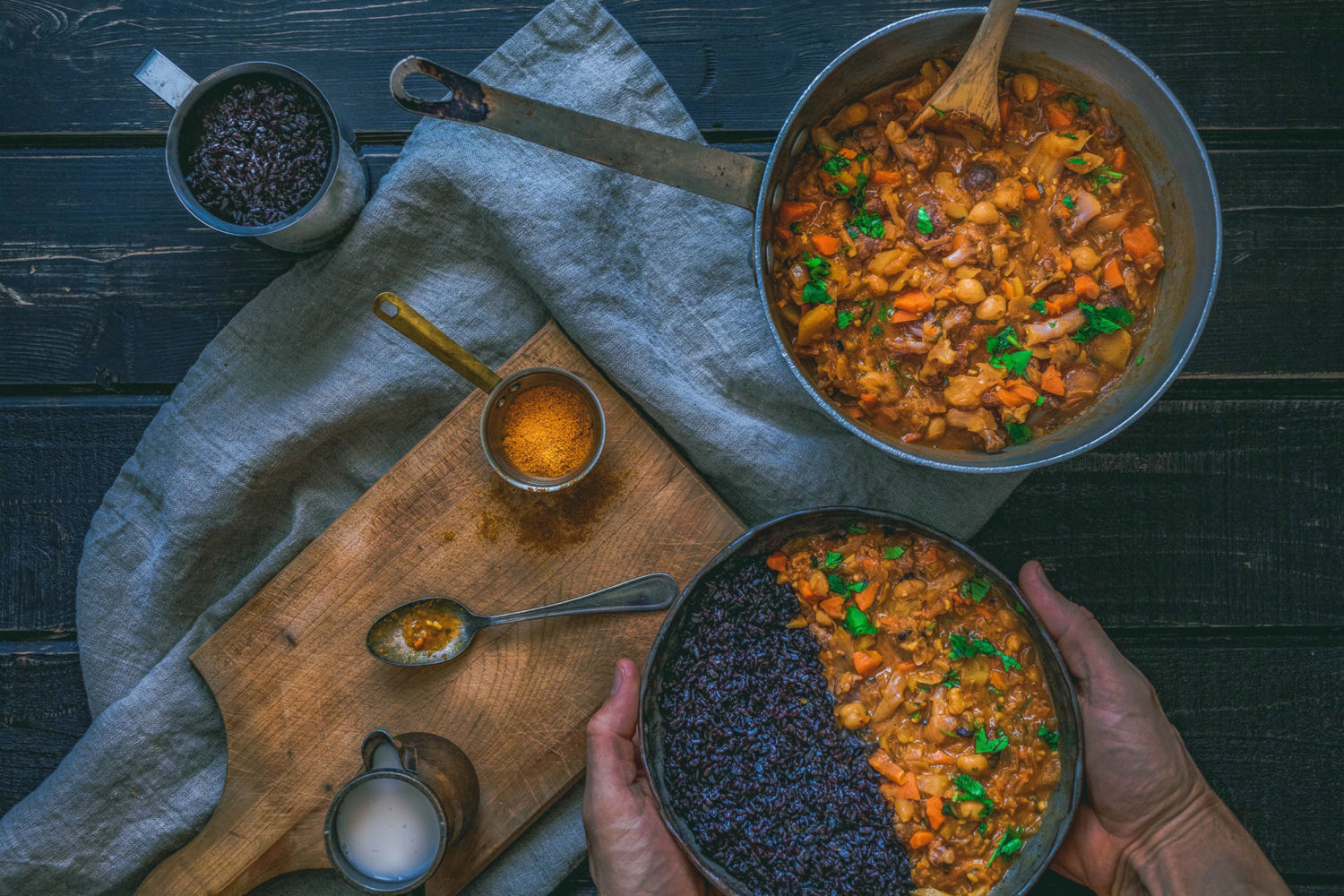 India is home to the earliest record of a meat-free, vegetarian diet. | Creatv Eight via Unsplash.

The earliest record of vegetarianism dates back to 5th Century BCE India. The ancient religion of Jainism promotes a meat-free diet. Jain vegetarianism is one of the most strict and rigorous religiously motivated diets on the Indian subcontinent. Hinduism and Buddhism also incorporate a vegetarian diet and originate in approximately 1500 BC and the 5th century, respectively.

In Indian culture, the practice of nonviolence, or ahiṃsā, has informed meat-free living. It is present in Jainism, Hinduism, and Buddhism. The idea that all living beings, including animals, have a spark of divine energy in them inspires the concept of ahiṃsā. According to Jainism, the universality of divine energy means that to hurt others is to hurt oneself.

According to government surveys, approximately 23-37 percent of the Indian population is vegetarian today. However, some experts believe that cultural and societal pressure may lead to the under-reporting of meat consumption.

Research from India-based economist Suraj Jacob and U.S.-based anthropologist Balmurli Natrajan indicates that just 20 percent of the Indian population is actually vegetarian—a much lower percentage than government data would suggest.

Some people associate vegetarianism with social conservatism and restrictive, religious tradition. While eating meat can be seen as liberal and modern. But as national attitudes towards meat and animal products fluctuate, there is also an increased demand for modern vegan products.

Experts hypothesize that an increase in the use of social media has led to more awareness of the ethical and sustainability issues surrounding meat. As in other countries, this awareness can be found primarily in young people.

According to ABC, approximately 50 million Chinese people follow a vegetarian diet today—less than four percent of the total population. But plant-based foods are still an integral part of the national cuisine, including both tofu—which has been consumed in China for more than 2,000 years—and vegetarian meat.

According to the online tour operator China Highlights, the majority of Chinese vegetarians are meat-free because of their religious beliefs. Approximately half of the world’s Buddhists live in China, making up around 18 percent of the total population. Buddhists monks and nuns, in particular, tend to follow a strict vegetarian diet. They frequently exclude animal products such as eggs and dairy, too.

Buddhism, in general, has had a significant impact on Chinese cuisine. It has also informed regional dishes from other East Asian countries such as Korea, Cambodia, and Thailand. In China, the number of Buddhist, vegetarian restaurants has increased year-on-year. The vegetarian meat industry is still growing—partly thanks to the Buddhist population.

Beyond Meat recently opened a major production facility in China, while Green Monday’s OmniPork is available at Aldi supermarkets nationwide. Experts estimate that the Chinese vegan food market could be worth nearly $12 billion USD by the year 2023. 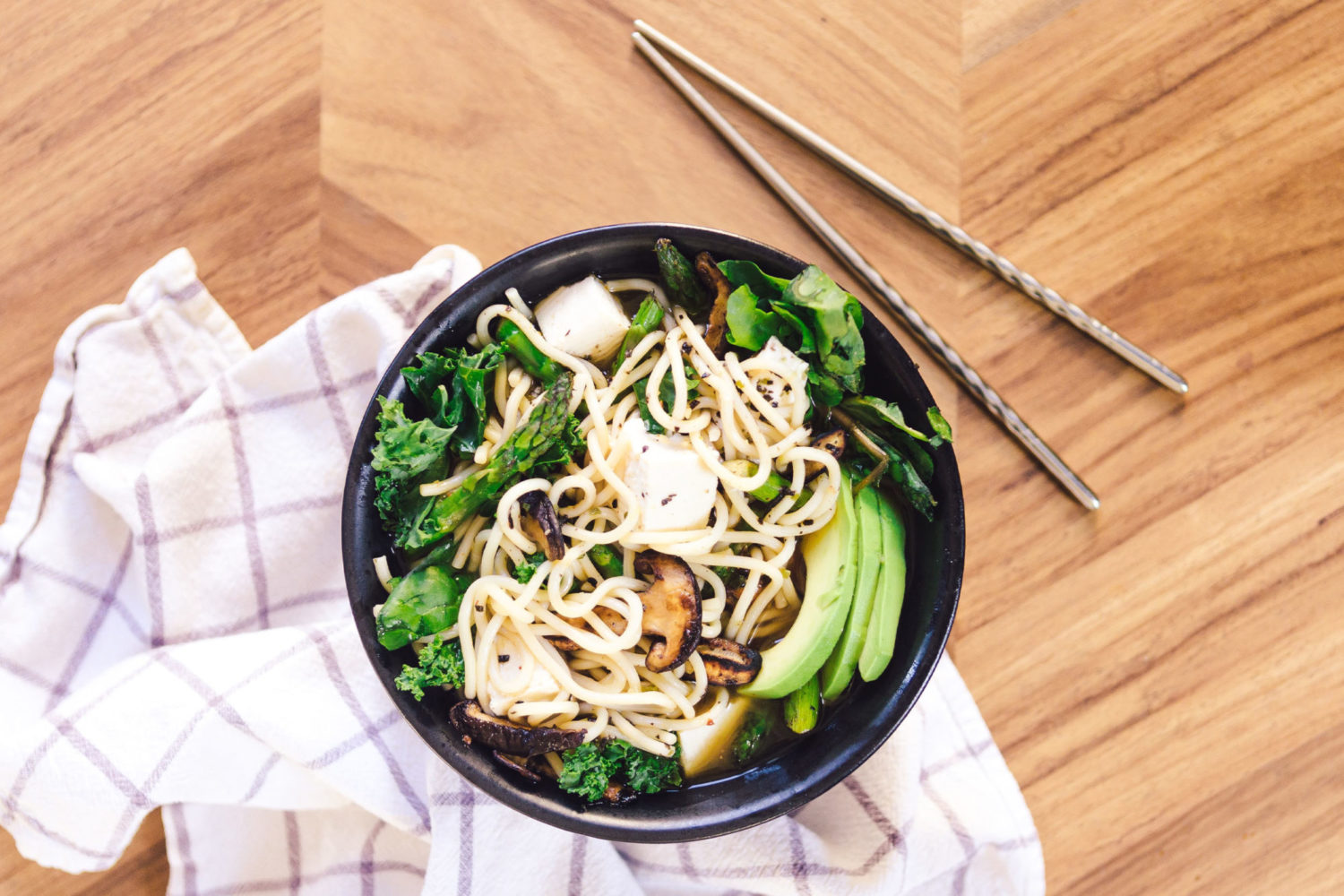 Plant-based foods are an integral part of Japanese cuisine, too. While being fully vegan can be a challenge in some regions, meat-free staples such as tofu play a key role within Japan’s food-centered culture. In the Japanese archipelago of Okinawa, plant-based foods make up the vast majority of the traditional diet. Though as an island country, Japan’s national and regional cuisine historically includes a significant amount of seafood and fish.

With the introduction of Buddhism to Japan around the 6th Century, eating meat became taboo due to the First and Fifth Moral Precepts; the prohibition of the killing of animals, and the classification of meat as a bodily toxin. The Five Moral precepts are central to many Buddhists’ moral philosophy, and the staple diet of Buddhist monks—Shojin Ryori—is vegan by default.

Because of veganism’s association with strict religious scripture, it didn’t catch on as a “trend” or lifestyle in the same way it has in other countries. But today, most major cities and towns offer vegan options, and there are frequently vegetarian restaurants near to Buddhist temples.

In December 2019, a fully vegan supermarket opened near Asakusa Station in Tokyo. While the plant-based meat market continues to grow. According to the Japanese Tourism Agency, approximately four percent of Japan is vegetarian.

Popular national dishes such as fermented soybeans, or natto, are naturally plant-based and particularly healthy. Fermented soy is high in protein and contains vitamins, minerals, and probiotics. Other foods and ingredients, including miso, soba, and udon noodles, umeboshi, vegetarian ramen, and even the glutinous rice-based dessert, mochi, are frequently vegan-friendly.

Vegetarianism has a long history, and Ancient Greek philosophy includes explicit references to animal advocacy. Before the word vegetarian was popularized, living without meat was often described as the Pythagorean Diet.

Pythagoras, a philosopher and mathematician, believed a vegetarian diet was healthy for both body and mind.

Pythagoras also believe that all living beings—including animals—had souls and could experience suffering. Because of this, and because he believed that a vegetarian diet was optimal for humans, Pythagoras claimed that eating animals was unnecessary, and therefore indefensible. Many of his followers, Pythagoreans, also followed a meat-free vegetarian diet.

In more recent years, and as meat consumption increased overall in Greece, it remained a primarily luxury item reserved for the wealthy. This was largely due to the prohibitive cost of raising animals for food. Instead, fruit, vegetables, and other nutritious foods made up the bulk of the traditional Greek diet, much as they do now.

Many nutrition and health experts highlight the Mediterranean diet as one of the healthiest. It primarily emphasizes plant-foods alongside small quantities of animal products, particularly fresh fish and seafood.  Globally, meat remains a luxury item for many rural and low-income communities.

The Greek population that follows a strict plant-based diet are those between the ages of 18 to 24, a trend mirrored in millennial and younger demographics around the world. 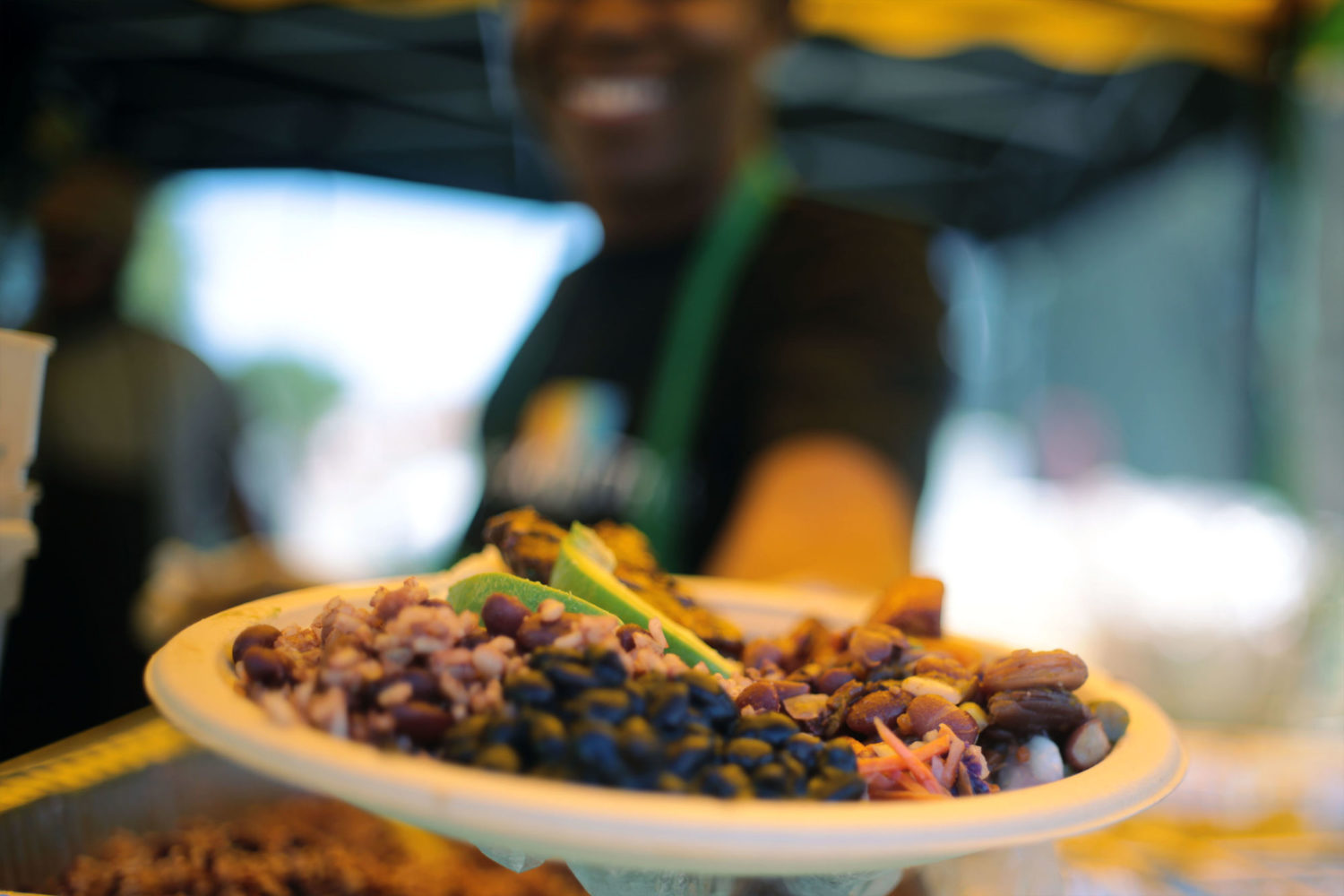 In Jamaica, many followers of the Rastafari movement emphasize plant foods. | Adam Freidin via Flickr.

Jamaica is the birthplace of Rastafari, a religious and social movement that has since spread around the world. Most followers of Rastafarianism follow dietary restrictions outlined in the biblical Book of Leviticus, avoiding both crustaceans and pork.

But many Rastas follow entirely vegetarian or vegan diets, also based on Leviticus, along with the influence of Indian dishes on the national cuisine. Much like the religious diets of Jains, Hindus, and Buddhists, some consider Rastafarian Ital as a proto-vegan diet.

Overall, followers of Ital believe it increases liveliness and “life energy.” Traditional Jamaican Ital dishes include one-pot stews incorporating local, seasonal produce. Thanks to the tropical climate, fresh fruit and vegetables are plentiful, and Jamaican cuisine, in general, reflects this.

In recent years, Israel has secured its place as the leading vegan country in the world. Vegans now make up more than five percent of the population. Tel Aviv, in particular, features world-renowned vegan restaurants. More than 400 restaurants in the populous city are widely considered to be vegan-friendly.

Some Israeli vegan advocates note that for those who keep kosher, checking ingredients and thinking about what you eat, in general, is familiar. Eating from the land, both seasonally and locally, is at the heart of Israel’s national cuisine.

In Dimona, Israel, the all-vegan Village of Peace has been eating plant-based food for the last 50 years. Located in the Neve Shalom compound, the Village of Peace is home to a religious community called the African Israelites of Jerusalem. While not Jewish, the members consider themselves the “spiritual descendants” of ancient Israelites.

The group helped to popularise vegan food nationally. They even opened their own factory to produce soy milk, tofu, and other staples at a time when alternatives were unavailable. This factory supplied the cheese used in Dominos’ first-ever vegan pizza trial back in 2015—exclusively in Israel.

Interest in vegetarianism and veganism has doubled in the last decade, and plant-based food is now more mainstream than ever.