Minette Batters, president of the NFU, singled out Joaquin Phoenix for harming the wellbeing of UK’s meat producers following his Oscars speech.

She said UK farmers were stressed and anxious and in fear of losing their livelihoods. Batters made the comments at the union’s annual conference.

“Celebrities have to be careful. There are real-life consequences for others,” she said.

“Joaquin Phoenix, he’s had a really challenging life, and you really feel for him and a lot of the things he was saying, but he has to remember there are people at the end of this, there are small family farms and they get hurt too,” she added.

In his Oscars speech, Phoenix said: “We feel entitled to artificially inseminate a cow and steal her baby, even though her cries of anguish are unmistakable.”

Batters said farmers were incredibly upset. “They feel victims, and they feel like they haven’t got a voice. They want it to stop. We’re all humans. We’ve got to be kind, we’ve got to look out for each other.”

Some farmers agree with Phoenix’s sentiments, though. David Finlay, an organic dairy farmer in Scotland, penned an op-ed in which he said farmers could learn a lot from vegans. 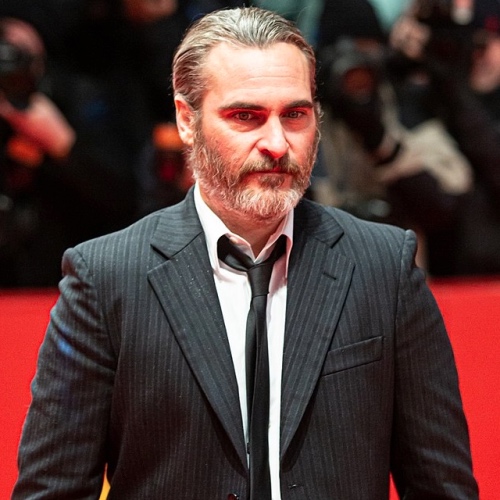 Joaquin Phoenix spoke out against the dairy industry during his Oscars speech.

Celebrities Speak Out Against the Meat Industry

Phoenix isn’t the only celeb to speak out against the meat industry.

British racing driver Lewis Hamilton regularly talks about veganism on his social media accounts. He adopted a plant-based diet in 2017.

“This is the world we currently live in where humans believe that an animal’s life is worth less than one of our own,” Hamilton said on Instagram.

He added: “This is why I went vegan, to not support this barbaric behaviour and slaughtering of millions of animals. I don’t support this industry.”

The UK’s goal is to cut greenhouse gas emissions to net-zero by 2050. In order to help achieve this, the CCC recommended reducing the consumption of carbon-intensive foods.

The committee suggested a reduction in the consumption of “beef, lamb, and dairy by at least 20 percent per person.”