To date, she has raised over $42,048 for charity across 74 cities, benefiting 145 organizations. Honey LaBronx held her milestone 100th show in South Farmingdale, Long Island, with proceeds going to two local charities: Long Island Orchestrating for Nature (LION) and PFY (Pride for Youth). She has now hosted 104 shows. 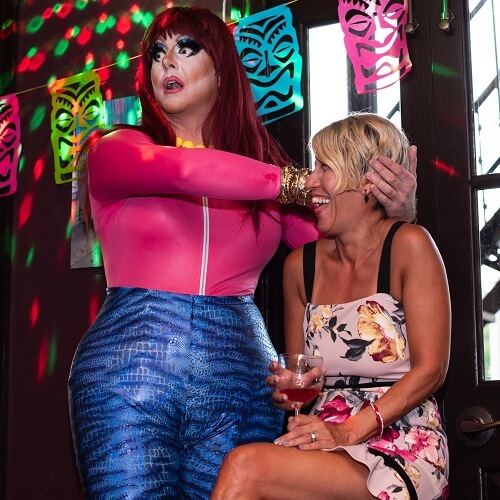 She’s Pretty Much Your Mom

The Milwaukee native describes herself as part “Midwestern white lady,” and part comedian. “Honey LaBronx is your mom. Kinda kidding, kinda not. I fully embrace that I do ‘mom drag,” she says. She adds, “A friend once told me that, when I walk into a room, I look like someone’s mom is here, and they are in trouble!”

She got her start doing drag after agreeing to help with a local pageant before fully understanding that she would have to come up with a character. But, she embraced the challenge, realizing it was a lifelong goal of hers. “I had always been a character actor,” she says. “I loved this new character that I created, and I loved the experience of being her, and the effect she had on people.”

Her activism predates drag. As a teen, Ben Strothmann — Honey out of drag — helped Gay Youth Milwaukee create the first LGBTQ+ helpline in Wisconsin. They also organized the state’s first Gay Prom. She also raised $3,000 for the AIDS Ride, a 500-mile bike ride from Minneapolis to Chicago. But, “It wasn’t until I became a drag queen that I really started to identify as an activist.”

“My first day out in public in drag was at the 2010 Veggie Pride Parade, and I realized that drag really makes people pay attention. So I got the idea to start a Vegan Drag Queen cooking show,” she says. “I find that when I’m in drag, because I have so captivated peoples’ attention, I can get them to sit there and listen to a conversation about animal rights which they normally wouldn’t entertain. Because drag is so irreverent, I find it’s a great way to discuss otherwise heavy topics without bringing people down too much.” 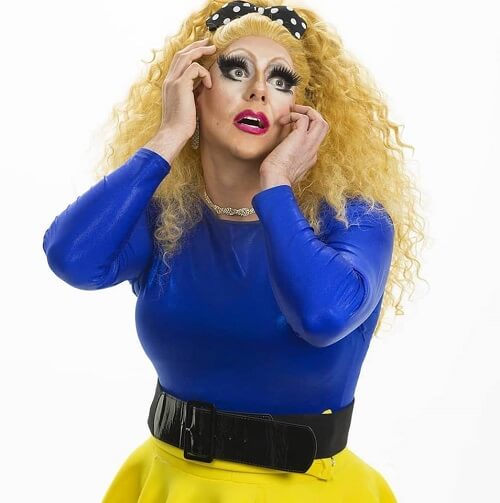 Although she’s also known as the Vegan Drag Queen, the Honey also gives to LGBTQ+ charities. Not only because it draws more people to her shows, but also “our community is still facing unbelievable obstacles, even today in 2019. As I write this, it’s being decided by the Supreme Court whether it’s okay to fire someone for being gay, for not being ‘manly’ or ‘womanly’ enough, or for their gender expression.”

Title VII, also known as the Civil Rights Act of 1964, a crowning achievement of the movement outlaws discrimination based on race, color, religion, sex, or national origin. On October 8, the Supreme Court heard three cases arguing for protections to extend to gay and transgender people. Several reports highlight that the Supreme Court seemed divided on prohibiting discrimination based on sexual orientation and gender identity. The court has until July to make a ruling.

Honey LaBronx also helps animal rights and LGBTQ+ activists find common ground. “I like the idea that I’m bringing an LGBTQ+ organization into a conversation about animal rights.”

Making the show happen is a collaborative effort between Honey and the two charities. “For many LGBTQ+ individuals, this is their first time working alongside animal rights activists, motivated by our common goals of fairness and equality,” she says. “By the end of my shows, very often LGBTQ+ folks report that it was eye-opening for them to see that animals want the same freedom and protection that we do.” 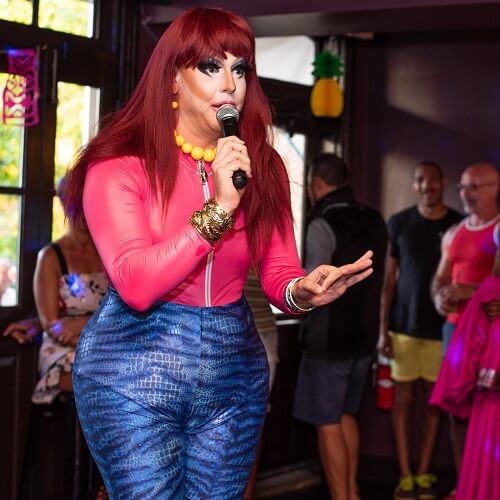 “We all live our lives differently.” | Jay Arch

The goal of her shows isn’t to create perfect vegans or push ideological purity.

“EAT THE D*MN IMPOSSIBLE WHOPPER! OR DON’T,” she says, referring to an ongoing debate within some circles about whether or not the meat-free burger is vegan. Impossible Foods founder Pat Brown has weighed in on the subject numerous times. The same goes for eating “fake meat,” embracing a zero-waste lifestyle, and shopping local.

“We all live our lives differently. If I tell someone else the way to live, they’re going to have to move to Manhattan, quit drugs and alcohol, believe in a God of their own understanding, and become a drag queen,” she says. “Those things are all essential to my life at present. So the way I manifest my values of compassion and nonviolence are going to look very different, or even impractical for other people.”

Honey learned from experience that the vegan community should accept baby steps rather than focusing on whether something like the Impossible Burger is “vegan enough.”

“When I’ve exhibited that same absolutism, I’ve been told by many non-vegans that it puts them off,” she says. “If I had a nickel for every friend of mine who went vegan because of someone else’s influence after years of my insisting.”

Honey LaBronx holds shows for charity throughout the year. Follow her Instagram for updates on her next event.