Eggplant is one of those foods I was in love with long before I became vegan, whether in baba ganoush, ratatouille, or my favorite vegetable lasagna recipe. After going vegan, I started looking for new ways to let this versatile aubergine beauty shine as a main dish. Sweet & Spicy Grilled Eggplant is the latest result of my quest and has definitely become a favorite at our house—so much so that I served it when my mother-in-law came to visit.

This recipe is loosely based on Minimalist Baker’s Jerk Eggplant, but a simpler version. (Hard to believe, I know! Their recipes are so awesomely simple in general.) In my recipe, the marinade doubles as the sauce, which cuts down on the number of ingredients and prep time. And since I recently moved and have no longer have an outdoor grill, I simply cooked mine indoors on my new grill pan.

It’s plenty spicy as is, but if you’re craving a Jamaican flavor profile—maybe you have a few bottles of Red Stripe in the fridge?—I include a variation for Jerk eggplant using either store-bought or homemade Jerk seasoning.

I’m not going to lie, this sweet & spicy grilled eggplant packs a little heat—probably more than young kiddos could tolerate. But most of the fire comes from the store-bought BBQ sauce, so if you want to tone things down a bit, just pick the sauce you and your family can live with.

Plus, I always serve this dish with Easy Coconut Lime Rice. Its mild flavor, slight richness and a hint of citrus will cool your palate between spicy bites of eggplant. When you pair these dishes, each bite leaves you wanting more of the other—More heat! More cool! More heat! 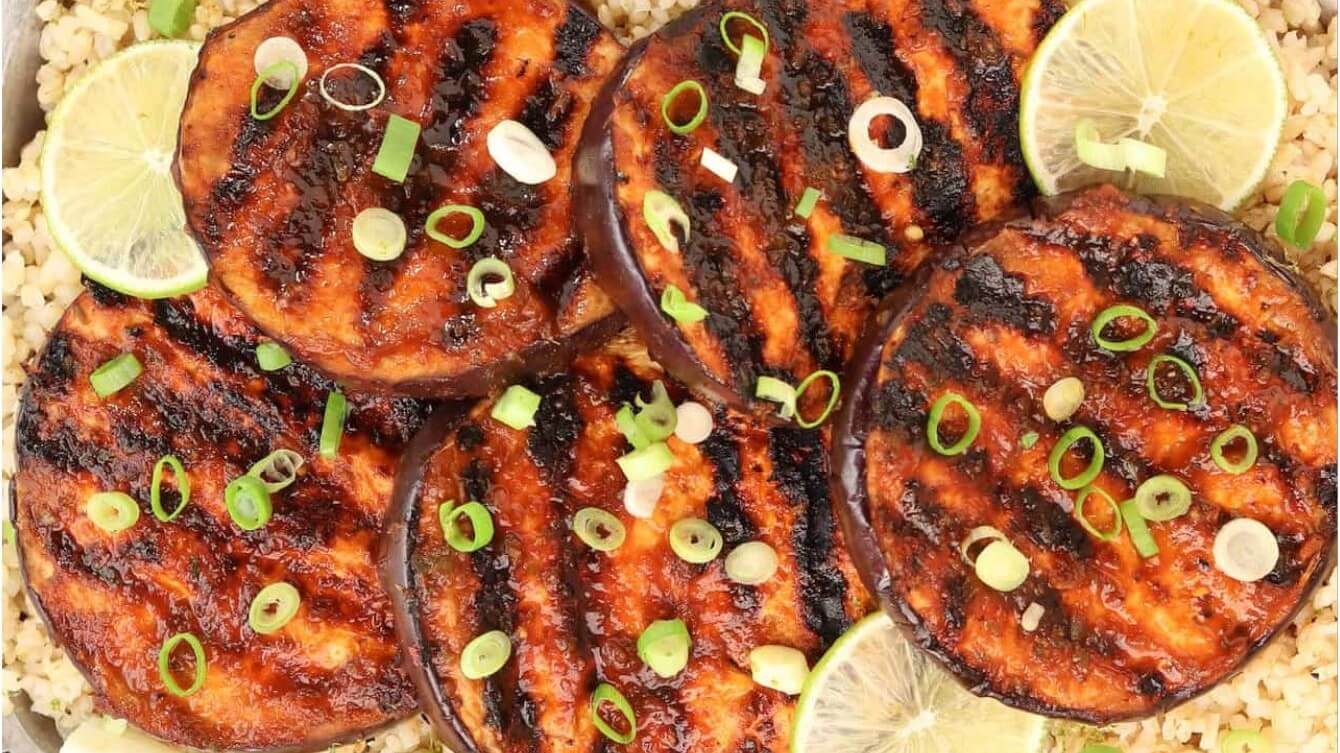 This recipe was republished with permission from Healthy Midwestern Girl.