The Instagram page Vegan_Food_UK shared a photo of the forthcoming treats. According to The Grocer, the Double Chocolat Ice Lolly and Orange Ice Lolly are dairy-free.

Global sales of dairy-free ice cream are expected to surpass $1 billion by 2024, according to research by Global Market Insights. 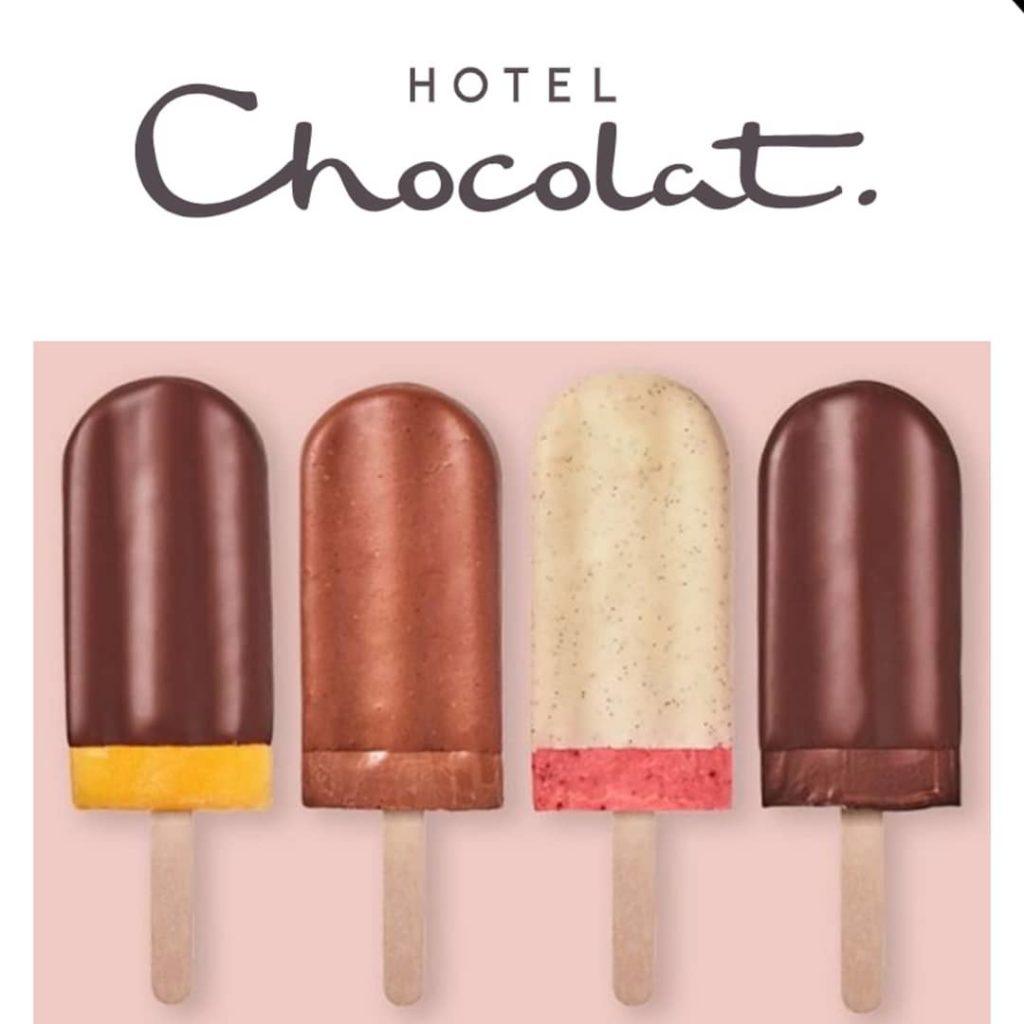 The frozen treats come after the retailer released vegan chocolate bunnies and eggs for the Easter holiday. “This Easter we’ve hopped skipped and jumped into the world of free-from chocolate. These dairy-, gluten-, nut- and wheat-free Easter bunnies – which also happen to be vegan – are smooth and mellow, made with 45 percent cocoa so they taste just as good as our milk chocolate.”

Hotel Chocolat is the UK’s only chocolatier with its own cocoa plantations in St. Lucia, in the heart of the cocoa belt. It was founded by Angus Thirlwell, heir to the Mr. Whippy ice cream truck empire.

According to Thirlwell, his vision for the brand, which opened its first shop in 2004, was trying to come up with something that “expressed the power that chocolate has to lift you out of your current mood and take you to a better place.”

The company-operated estate includes more than a dozen cortès or areas of terroir, which impart unique flavors into the cacao. “We want consumers to be having the same debate about the flavours of different cocoa beans as wine,” Thirlwell told the BBC.

The new lollies will be available this summer at Hotel Chocolat’s more than seventy shops throughout the UK.