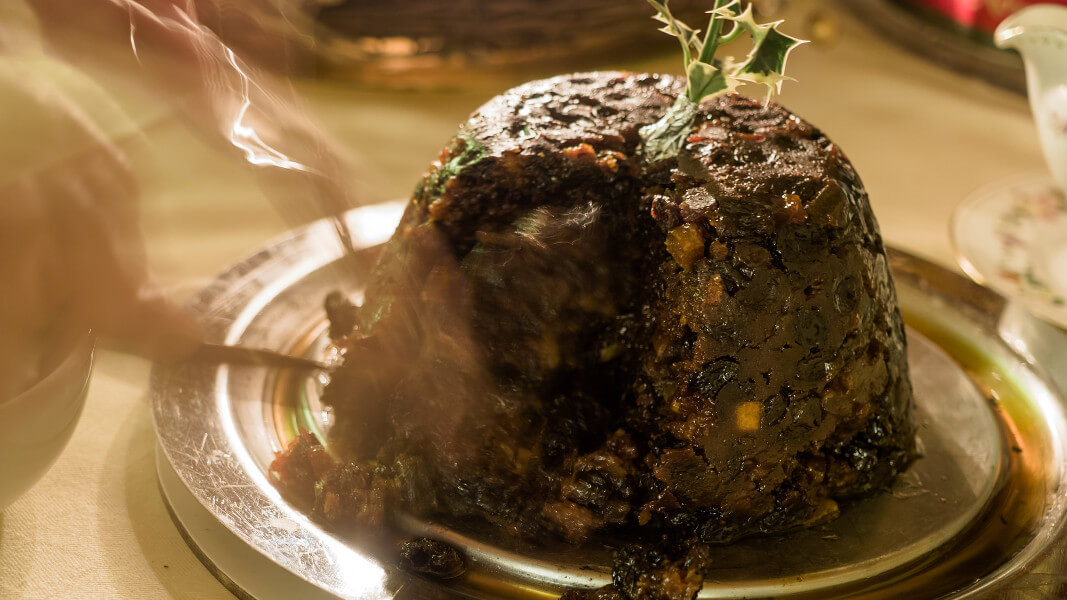 Christmas pudding may be the most controversial dish of the festive season: though the traditional fruity dessert is loved by some, younger generations commonly opt for Yule Logs instead. But with its vegan “Christmas pudding, reimagined,” British cocoa grower and chocolatier Hotel Chocolat is bringing Christmas pudding back into the limelight.

Introducing the new festive product on its website, the luxury chocolatier announced, “Pudding is that moment when everyone pauses. Proudly reveal this vegan-friendly showstopper with lashings of traditional ingredients and an inventive twist.”

The Christmas pudding features salted caramel vodka liqueur soaked sultanas and melting drops of 70 percent dark chocolate, which “melts into a generous glug” of the vodka. This rich filling is “nestled among chopped walnuts, citrus peel and warm spices” and the pudding is intended to be served with brandy or warming rum sauce.

Hotel Chocolat claims that each pudding serves eight people. However, it seems likely that everyone will be battling over the dinner table this Christmas to claim a bigger share of this indulgent pudding. The dessert is also quick to prepare, taking only six minutes in the microwave.

‘TIS THE SEASON FOR INDULGENCE