Updated March 16, 2021. Recycling takes time, space, and effort. But even when it feels like your actions as an individual are a drop in the metaphorical (and literal) ocean, recycling makes a big difference to the planet. And National Recycling Day is as good a time as any to find out why.

The History of Recycling

Modern recycling programs were founded out of concern for the environment. They first began appearing in the U.S. in the 1960s and 1970s. But their history goes back much further than that.

Before the industrial age and mass production, products could not be made as cheaply or rapidly as they can today. As a result, most people practiced recycling in one form or another. Though perhaps not as we think of it today.

During the 19th century, fast-fashion and the concept of a “throw-away society” did not exist. Most people reused, repaired, and upcycled clothing, household items, and anything else that could be salvaged rather than discarded.

It is also likely that people had a much more direct relationship with the creation and maintenance of their possessions, perhaps understanding more of the work and materials that went into creating them.

Rationing and scrap collection during World War II led to increased recycling in the 1940s. Households were encouraged to sort their tin cans and metals, nylon, rubber, and paper to contribute to the war effort.

Garbage collection had already begun in the U.S. in the late 19th century. So workers sorted the usable from the unusable on conveyor belts — much like they do today.

But the 1950s saw the birth of throw-away-culture, and by the 1970s, landfills began to overflow. Some environmentalists began recycling by taking their own sorted waste to private recycling centers themselves.

While admirable, this was deeply inefficient and created its own carbon footprint via each individual’s transportation, and the inconvenience of traveling to recycle items also discouraged many.

But in 1980 the addition of curbside recycling in some cities and regions helped to encourage more widespread participation in recycling efforts. Today, recycling is much more mainstream.

But proportionally, the U.S. recycles much less of its municipal waste than other wealthy countries. Analysis by global risk consulting firm Verisk Maplecroft estimates that the U.S. produces around 12 percent of global municipal solid waste.

On average, Americans recycle just 35 percent of the total waste produced. This equates to approximately 234 pounds (106.2kg) per person, per year. For many, the lack of convenient access is a major impediment. But, if you’re able, here are some general tips on how to recycle properly and effectively. 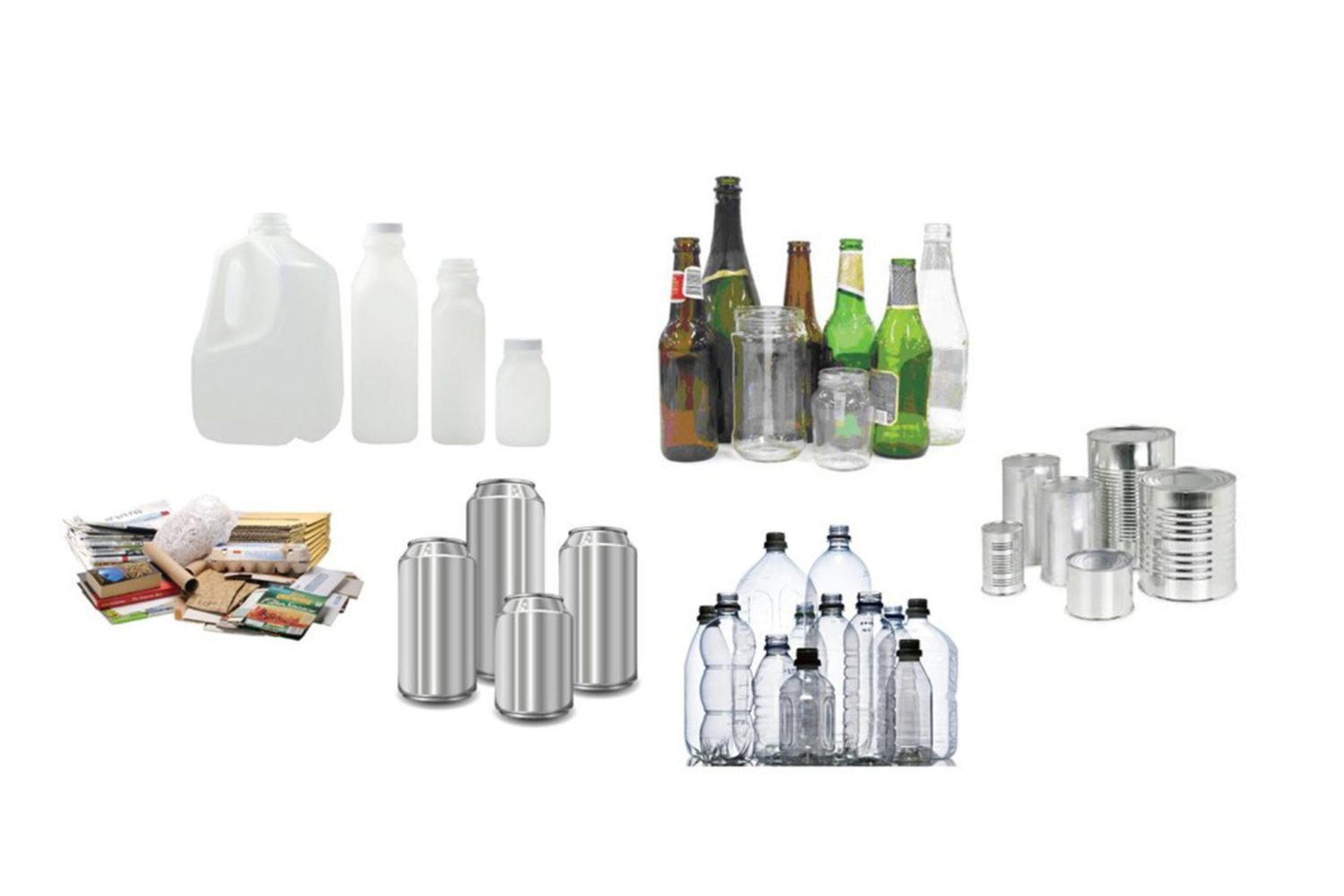 How do you tell what’s recyclable? | EcoScraps

What Can Be Recycled?

A common source of confusion is not knowing exactly what can be recycled, or how.

The best way to find out what your local recycling services are is to check with your local municipality. There are also plenty of general guides and other resources available online to help figure out what to do with both everyday and unusual items and materials.

Food recycling company EcoScraps offers a simple overview of recycling rules, boiling it down to three main tenets: recycle all bottles, cans, and paper, keep everything as clean as possible and make sure plastic bags are kept separately.

In the U.S., there is no national law that refers to recycling services or processes. As a result, state and local governments typically design and operate their own recycling requirements and services.

American businesswoman and lifestyle icon Martha Stewart has a state-by-state guide shared on her website. It even includes contact details for each relevant government body and how to get in touch for further clarification.

Some cities, including San Diego, Pittsburgh, and Seattle, and states, including New Jersey, California, and Massachusetts, have compulsory recycling legislation.

Some proponents of national legislation claim that the reason that the average recycling rate in the U.S. has plateaued at approximately 34 percent is the discrepancies between different state’s recycling infrastructure.

What Can’t Be Recycled?

Some items simply can’t be recycled, no matter where you live.

These include plastic-based hygiene products such as floss and disposable razors. Cling film is impossible to recycle, as is the netting used to wrap citrus fruits. The best thing to do is to avoid buying items packaged in these materials, and opt for loose, bulk items instead.

While avoiding plastic bags and similar packaging might seem like an obvious choice, it’s also worth looking into the sustainability of the available alternatives — including the overall environmental cost of recycling them.

For example, while paper may seem like the perfect replacement for plastic, recycling paper-based packaging still has a significant carbon footprint. Also, there is frequently a limit to how many times a material can be recycled. Recycling is infinitely preferable to landfill.

But generally, it’s still better for the environment to swap disposable and single-use packaging of all kinds for long-life reusable alternatives. Canvas bags, textile sandwich wraps, and washable containers are all increasingly commonplace, and far more sustainable in the long run than any single-use items.

Can Fabric and Clothing Be Recycled?

In addition to the increased production and consumption of clothing — around 400 percent in 20 years — the quality of clothes is also deteriorating. This means that fibers can’t be reused as effectively. Much like plastic and paper, there is usually a finite number of times that textiles can be recycled at all.

Modern fabric, in particular, is extremely difficult to recycle. The blended nature of most current, cheaply-produced clothing means that it is difficult to separate into its distinct parts.

Globally, just 12 percent of the textiles used to produce clothing is effectively recycled. The EPA estimates that almost 85 percent of all discarded textiles in the U.S. are either burned or deposited into a landfill.

The average American person is thought to throw out approximately 37 kg (81.5 pounds) of clothes per year. While around £140 million worth of clothing goes to landfill in the UK every single year, according to British charity the Waste & Resources Action Program (WRAP).

A report by WRAP estimates that the annual footprint of a typical household’s newly bought clothing — plus washing and cleaning — is equivalent in carbon emissions to driving an average car for 6,000 miles or filling 1,000 bathtubs with water.

The most effective way to combat this waste and its impact on the environment is to repair, reuse, and pass on clothing before it has to be recycled into its constituent parts. Looking after clothes and repairing them when they break significantly extends each item’s lifespan. 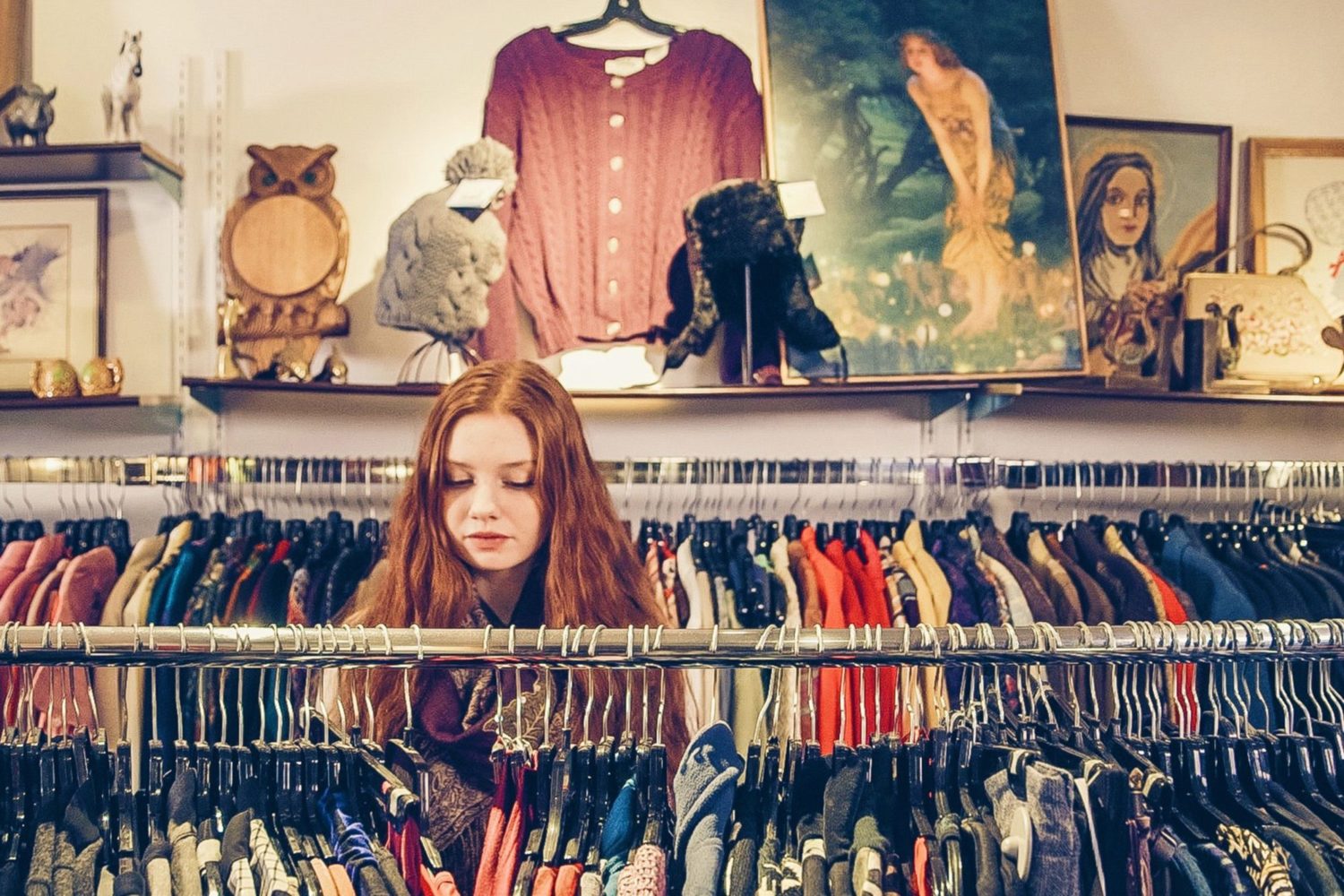 Repairing, reusing, and upcycling clothing can also save you money. Particularly if you buy better quality or harder wearing items second-hand. COVID-19 has contributed to a boom in online thrift, vintage, and charity shops. Many people are now choosing to buy and sell old clothes online via websites such as eBay.

By purchasing second-hand items already within the waste supply chain — and then selling, donating, or recycling — the reduction of your impact on the environment is twofold.

There are a variety of local and national resources online which advise where to pass on your unwanted clothing. Zero Waste lifestyle blog Trash is for Tossers has compiled a list of item-specific organizations.

While the fashion industry is still far from perfect, it has come a long way. Today, many major brands are looking to incorporate sustainable processes into their business models.

Thinking about your own role as a consumer — whether you support sustainable brands, shop second hand, or repair and reuse your clothes — contributes to its progress towards a more sustainable future.

The Future of Recycling in Fashion

There are many innovative new trends that aim to minimize waste, particularly in the global fashion industry. This move towards sustainability is one of necessity.

In 2018, the clothing sector was responsible for more greenhouse gases than France, the UK, and Germany combined — a huge 2.1 billion tonnes of CO2, and approximately four percent total global emissions.

Even mainstream brands such as H&M — which has previously been criticized for its use of child labor and burning unsold clothes (as recently as 2017), as well as union-busting (2019) — are now attempting to incorporate the idea of a circular economy and sustainable fashion into their business models.

Recycling also presents a unique challenge to sports brands. Many of whom have also received criticism for their labor practices and use of synthetic fibers and microplastics. Several companies, including Nike, Adidas, Vivobarefoot, ON, and Salomon, are working on recycling programs.

While some brands also incorporate recycled materials such as ocean plastic and textile waste into production. Others are even working on fully recyclable products. While outdoor brands such as Patagonia and North Face currently offer to buy-back used clothing to refurbish, upcycle, and sell it on at a reduced price.

Across the fashion industry as a whole, there is an increased emphasis on switching to sustainable and biodegradable materials such as hemp, bamboo, and even soybeans, in place of high-impact textiles like cotton, synthetic blends, and animal-derived materials.

Why is Recycling Important?

Overall, the impact of reducing, reusing, and recycling — a mission statement with unknown origins but by 1970s environmentalists — is huge. First and foremost, it reduces the amount of waste sent to landfills and incinerators. This conserves energy, natural resources, and land.

It also prevents pollution, which impacts both local communities and the world’s natural ecosystems. Finally, recycling creates jobs. The EPA’s 2016 national Recycling Economic Information (REI) Study revealed that recycling created 757,000 jobs and $36.6 billion in wages over the course of a single year.

In general, there is an increased awareness of inefficiency in the production, use, and disposal of many everyday items. Many environmental and social experts suggest a global move from a linear economy to a circular one.

In short, this means keeping resources in use for as long as possible with regular upkeep, then recovering and recycling the component materials at the end of their useful life. Maximum efficiency, and minimal waste.

If you’re interested in cutting back on your household waste, check out this guide to zero waste kitchen and pantry essentials.