(Updated April 20, 2020) | The COVID-19 coronavirus crisis has exposed the dangerous link between infectious organisms and industrial animal agriculture. More importantly, it has revealed the need to move away from animal meat to plant-based and lab-grown meat in order to prevent future pandemics.

According to the Worldometers website—which tracks the virus in real-time, more than 2,471,000 million people have been infected by the coronavirus and more than 170,000 have died. More than 645,000 people have recovered.

The World Health Organization announced earlier this week that 70 coronavirus vaccines are in the works. The first may be ready by next year at the earliest.

Around the world, officials are taking steps to minimize the spread of the virus. Governments have issued “stay-at-home” mandates, urged the public to avoid social interaction, and emphasized the need to practice good hand hygiene.

Revolutionizing the meat industry may be a vital step in preventing animal-borne infectious diseases. Moving away from traditional meat production in favor of plant-based or lab-grown—also known as cultured, cell-based, or clean meat—meats may help prevent future outbreaks from occurring. Experts believe that the coronavirus is zoonotic—a disease that spreads from humans to animals—in origin. It likely spread from wild animal meat sold at the Huanan Seafood Wholesale Market in Wuhan, China. 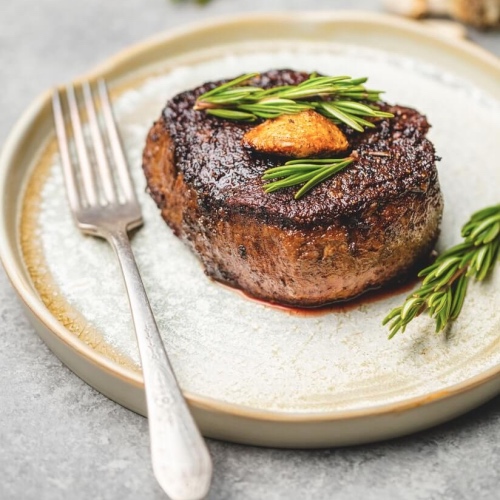 Lab-grown meat could be feeding the world by 2040.

The Future Of Meat

Global consultancy firm AT Kearney says the majority of meat people will consume in 20 years won’t come from animals. The 2019 report reveals plant-based and cultured meat products will account for 60 percent of the meat market by 2040.

Plant-based and cultured meat may help reduce the risk of viral outbreaks like the coronavirus. Cultured meat is identical to animal meat. It is produced by in vitro cell culture of animal cells. Many companies have already begun developing a number of cultured meat products—including lab-grown pork sausages and even seafood. Because it doesn’t require the mass production and slaughter of livestock, it may help mitigate the spread of future zoonotic viruses.

“With the advantages of novel vegan meat replacements and cultured meat over conventionally produced meat, it is only a matter of time before they capture a substantial market share,” AT Kearney’s report reads.

Although lab-grown meat isn’t being served on dinner plates just yet, Dutch food tech brand Mosa Meat believes it could be available as soon as 2021.