Finding a good, cruelty-free mascara has been a struggle since I went vegan more than five years ago. Yes, there are plenty of vegan mascaras on the market, but I’ve been burned before – literally; just wearing certain brands left my eyes watering because of less-than-stellar ingredients. But thanks to Petit Vour, I found Lily Lolo mascara, an award-winning natural vegan mascara that doesn’t clump or irritate my eyes.

If you’re also looking for a way to get your beauty fix, but overwhelmed by all the choices, vegan beauty, and lifestyle retailer Petit Vour brings only the best-of-the-best – the crème de la cruelty-free, as the company likes to call it. Products land a spot in the award-winning beauty box only after meeting the highest ingredient and product-effectiveness standards.

Co-founded by Madeline Alcott and Ryan Miner, Petit Vour serves over ten thousand customers every month – with every beauty box curated to each subscriber’s beauty profile. 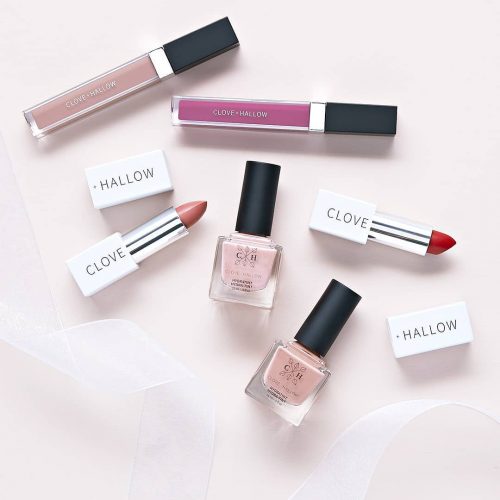 Alcott and Miner launched Petit Vour, named after the famous French confectionary petit fours, six years ago after finding it difficult to buy cruelty-free and vegan beauty products anywhere other than health food stores. “High-performing, animal-free, and non-toxic cosmetics and skincare should be accessible to everyone,” says Alcott.

The pair scoured the globe to find quality products that fit their stringent code of ethics. In 2013, they launched the very first Petit Vour beauty box – and quickly realized that the demand for cruelty-free, vegan products was bigger than expected.

The vegan beauty market grew 175 percent between 2013 and 2018, according to global market research firm Mintel. The increase is driven by consumers looking to align their purchases with their ethics, whether it means seeking out a vegan company or one that implements eco-conscious manufacturing policies.

“Soon after launching, it was clear our subscribers needed a unified place to shop these
amazing brands, rather than having to go to each brand’s website to place separate orders,” says Alcott. “In the winter of 2013, we launched our shop to resounding success and we’ve since been branching out, diversifying our beauty offering and bringing in wellness goods, fashion, and accessories.”

The company is now in the process of crowdfunding through WeFunder, a funding platform where the public gets to own part of the company rather than just fund it for perks.

“It’s like Kickstarter, except the public receives actual ownership in the company, which
means they share in the future success of that company,” explains Alcott. “This is especially exciting with value-based businesses like Petit Vour, because as we expand, we want Petit Vour to be owned by those who share our values. Within just a few weeks, we’ve already become the most-successful equity raise on Wefunder by a vegan company.” 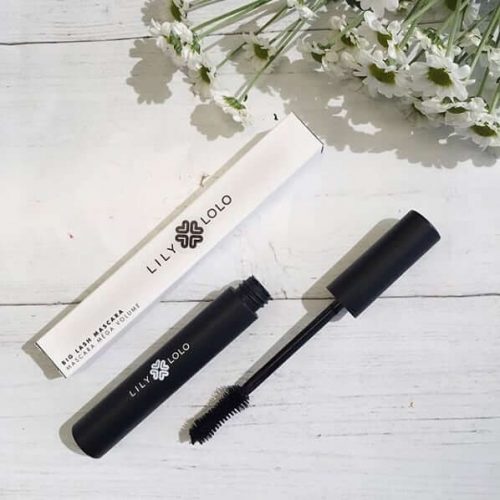 According to Alcott, they tripled their goal just a few weeks and VCs have approached the brand about a Series A funding round. She expects that Petit Vour will raise well over half a million dollars by the time fundraising closes at the end of April.

The rising interest is due to the company’s fast growth. Petit Vour has grown roughly 150 percent annually since launching six years ago and has a lifetime revenue of $8 million, with $3 million just from 2018 alone. With the completion of the WeFunder, Alcott and Miner plan to launch an all-new phase of Petit Vour, but says that “we have to keep it under wraps until the launch.”

Why Vegan Beauty Is Important

Animal-derived ingredients like beeswax, carmine, shellac, honey, and products and ingredients tested on animals are all off the table at Petit Vour. Once thought to ensure the safety of products, cosmetic animal testing has fallen out of favor with consumers due to the cruel treatment of animals. Experiments often involve forcing animals to eat or inhale substances or have them injected or rubbed onto their skin, according to the nonprofit Cruelty Free International.

“Interest [in vegan beauty] is skyrocketing, which is really exciting. This growth hasn’t gone unnoticed by mainstream retailers, either,” says Alcott. “Lulu’s, Free People, Nordstrom, and Neiman Marcus (to name a few) are all capitalizing on the growing demand for clean, vegan products.”

She believes that being a vegan-owned brand gives Petit Vour an edge over companies that aim to capitalize on the burgeoning category.

“It’s more important than ever that vegan-owned businesses differentiate themselves in a dramatic way. It’s essential to provide something that can’t be easily duplicated in the way that product selection so often is,” she says. “We want the future of vegan retail to be led by vegans, not mainstream retailers looking to increase their bottom line.” 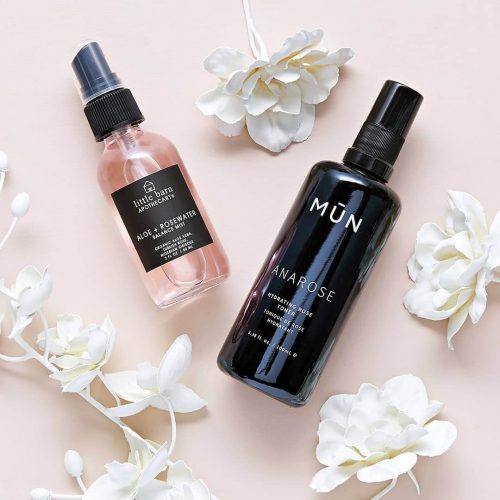 For Alcott and Miner, being “vegan” is not enough. Every product that ends up in a Petit Vour box undergoes a lengthy review process to identify what the couple calls the “crème de la cruelty-free.”

“We sift thousands of products to find the best in three areas: effectiveness, aesthetic, and ethics,” explains Alcott. “The products must be the ‘best of the best’ with regard to how they work, how they’re presented (e.g. quality packaging and branding), and how they’re made (ethical manufacturing with clean, vegan ingredients).”

All beauty products must also be “clean” — a growing category in the cosmetics world that means a product is free from questionable ingredients that may be toxic to people and the planet.

While there is no regulatory definition of clean beauty, for Petit Vour, this means products that receive the stamp of approval are formulated without ingredients that has raised safety questions in recent years: BHA and BHT, peg compounds, parabens, phthalates, formaldehyde-releasing preservatives, sulfates, and triclosan, a substance banned from soaps in 2016 but still allowed in some skincare products.

“We make ‘clean’ beauty a requirement, along with being vegan, because even if the toxic ingredients weren’t tested on animals during manufacturing, they’ll eventually end up in the ocean,” says Alcott. “And we don’t believe in testing on Mother Earth either.”

To learn more about Petit Vour, visit the WeFunder campaign.