How can you avoid anemia on a vegan diet? Most often caused by an iron deficiency, a plant-based diet may increase one’s risk of anemia. But by including certain foods in your diet, you can help reduce your risk of this health condition.

What Causes Anemia in Vegans?

Are vegans particularly at risk of developing anemia? According to the National Heart, Lung, and Blood Institute, anemia is actually the most common blood disorder in the US, affecting more than 3 million Americans – vegan or not. But it doesn’t mean that vegans shouldn’t be mindful of following a healthy diet.

Anemia occurs when your body doesn’t produce enough red blood cells or when the cells don’t function properly. It’s most commonly caused by iron deficiency but may also be caused by vitamin B12 deficiency, pregnancy, or other health issues. To learn more about what iron does for the body, how much you should eat daily, and the different types of iron see here.

Signs that you may be at risk of anemia include chronic fatigue, pale or yellowish skin, weakness, dizziness, irregular heartbeat, shortness of breath, headache, chest pain, and cold hands and feet, according to the Mayo Clinic. If you believe that your are at risk of iron deficiency anemia or vitamin B12 deficiency anemia, schedule an appointment with a doctor.

While meat and seafood are thought to be the superior way to get iron, there are plenty of plant-based foods that can help you get enough. You can avoid iron deficiency anemia by eating a wide variety of iron-rich foods or by including supplements in your diet. For vegan iron supplements, try myKind Organics for Men or Women. Talk to your doctor before introducing any supplements into your diet.

Here are some of the most iron-rich plant-based foods you can include in your diet. Be sure to eat lots of vitamin C-rich food such as citrus fruit, cauliflower, and broccoli as well — doing this can help increase iron absorption by up to 300 percent. 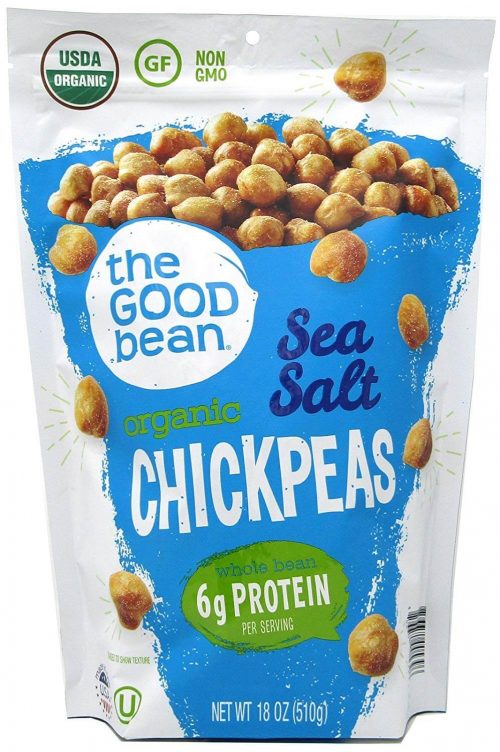 Beans like chickpeas and black-eyed peas have the highest iron content of beans, with cooked beans containing around 4.2 to 4.7 mg iron per cooked cup, according to the Vegetarian Resource Group (VRG). This is followed by soybeans, white, navy, kidney, lima, and pinto beans.

Dried beans cooked from scratch have the highest iron content (give this Chickpea Tuna Salad Sandwich a try), but you can also opt for a convenient canned option or enjoy the occasional bean-based vegan snack like The Good Bean’s chickpea snacks or Brami Lupini Beans. A bag of Hippeas Vegan White Cheddar, which is made from chickpea flour, contains 6 percent your RDI of iron per serving!

Like beans, lentils pack a decent dose of iron. One cup of cooked lentils contains about 6.6 mg of iron. There are plenty of varieties to try in different recipes — brown and green lentils work best in meals like curry, stew, or a protein-packed vegan meatloaf. Red lentils, which turn mushy when cooked, are best for Indian dahls and curries and blended soups. French and beluga lentils both have a firm texture even when cooked, making them ideal for salads with iron-rich, dark leafy greens. 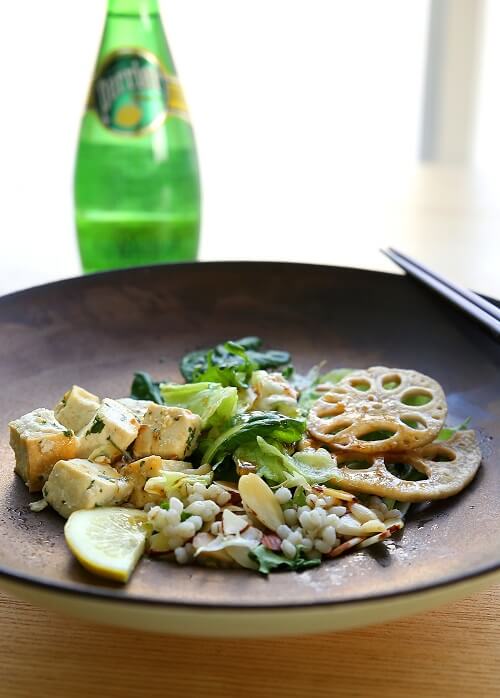 Like soybeans themselves, soy-based foods like tofu, tempeh, and soy milk are a good source of iron. Have a bowl of cereal or oats made with soy milk. Tofu and tempeh are available at most mainstream grocery stores these days. For an alternative, try natto, a Japanese breakfast staple made from fermented soy beans. It has a strong flavor and sticky texture that pairs well with rice. You can find natto at most Asian grocery stores but be sure to check the sauce ingredients as it sometimes includes fish. 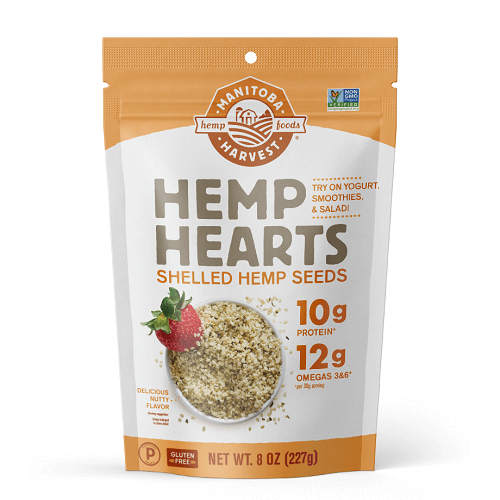 Nut and seed butters — including tahini — can also help you meet your RDI, but roasted nuts and nut butter may have a lower iron content compared to raw. 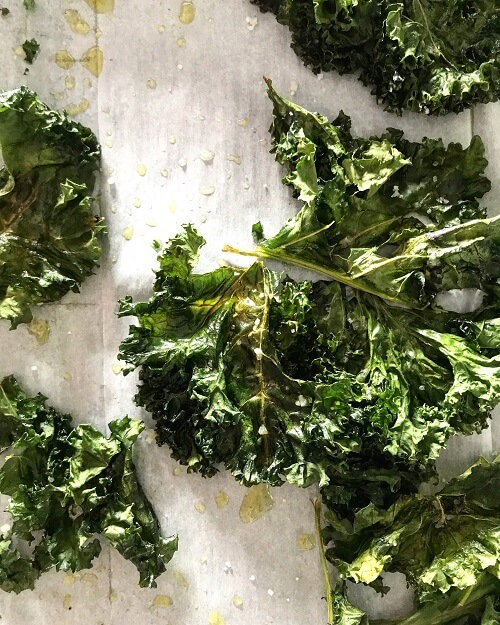 Don’t neglect your leafy greens. Dark, leafy greens like spinach, kale, collards, beet greens, and Swiss chard are all great sources of iron. In fact, 100 grams of spinach has more iron than the same amount of red meat, eggs, salmon, and chicken. You can add leafy greens to smoothies, have a salad, stir it into soups and curries, or sautee it and serve it as a side with dinner — or, snack on some kale chips.

Not a fan of kale? Veggies will do, too. Broccoli, Brussels sprouts, and cabbage are also good sources of iron. 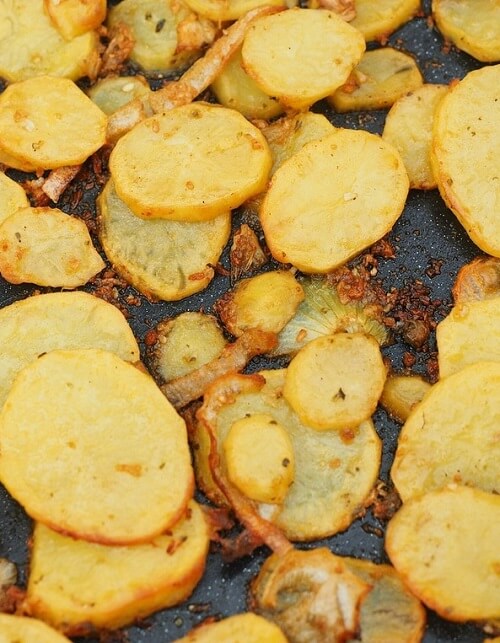 Potatoes with the skin on are rich in iron

The humble potato packs a decent amount of iron, as long as you leave the skin on. A large, unpeeled potato can contain up to 18 percent of your RDI of iron. So boil, bake, slice, mash (remember – skin on), scallop, and dice to your heart’s content.

Sweet potatoes aren’t bad either, containing about 12 percent of your RDI of iron. 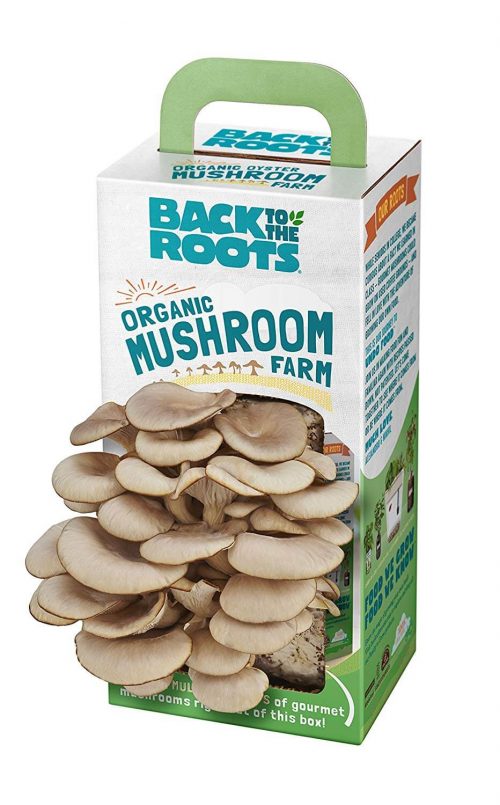 Mushrooms can be a good source of iron but only if you eat certain varieties, such as plain white button mushrooms and oyster mushrooms. While delicious, portobello and shiitake don’t contain much. Add sliced mushrooms to tofu scramble with leafy greens, or blend it up with beans and lentils to give vegan burgers a meatier texture and umami flavor. Oyster mushrooms are a little less common – if your local grocery store doesn’t have any, the farmers market might. Or, you can grow your own. 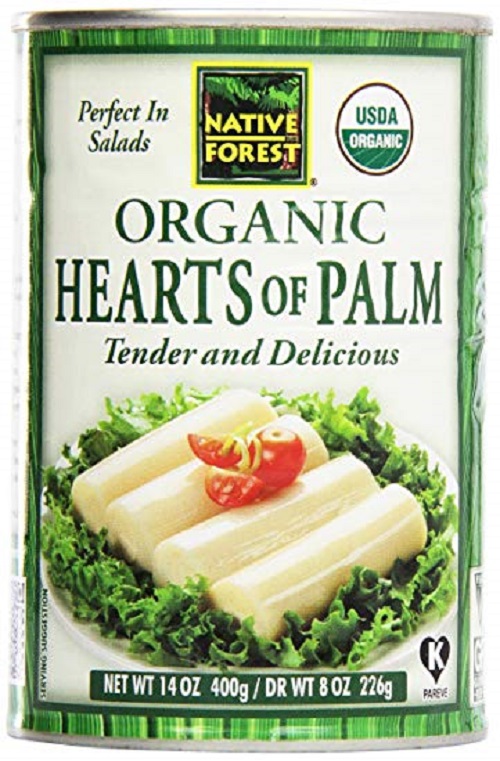 Hearts of palm are the core of certain types of palm trees. About one cup of this tropical vegetable contains about 26 percent your RDI of iron. Hearts of palm have a firm texture and neutral flavor, making it a go-to favorite for vegan seafood dishes like crab cakes, scallops, calamari, and ceviche. It can also be blended up into a creamy spread, like in this French Bread Pizza With Artichoke and Hearts of Palm. 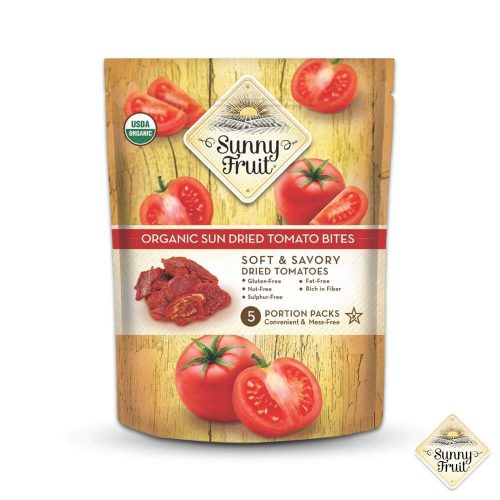 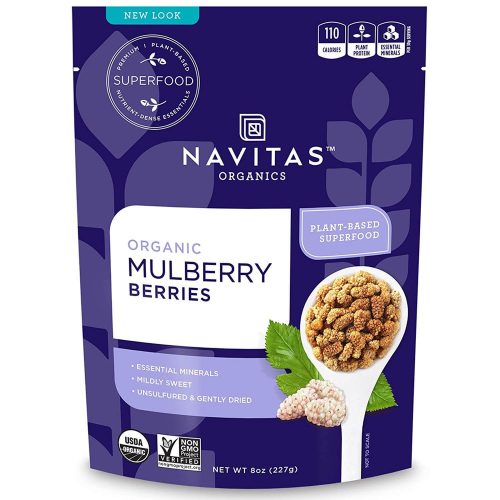 Mulberries are a rich source of iron | Image/Nativas Organics

While fruit generally doesn’t contain much iron, there are a few you can add to your diet, such as mulberries, olives (technically a fruit!), and prune juice. Fruit is also generally a good source of vitamin C, which helps your body absorb iron. 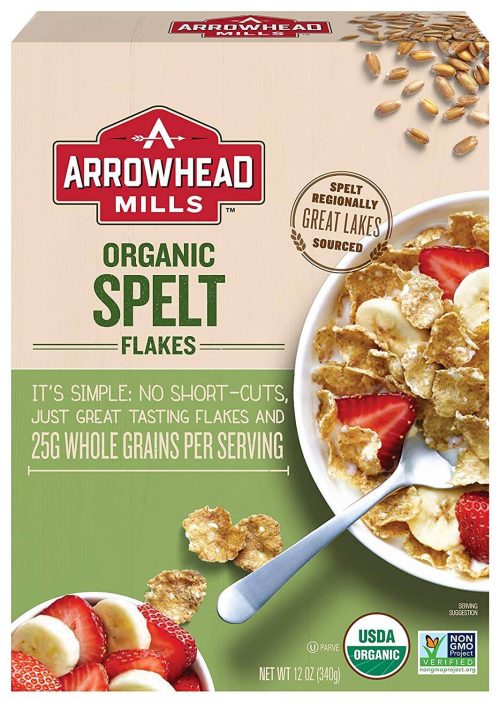 Eat a variety of whole grains, and eat them often. Amaranth, oats, and spelt are all good sources of iron, according to Healthline. Enjoy a bowl of spelt flakes, bake vegan cookies with spelt flour instead of white, or use the whole grain in a hearty bowl. Both oats and amaranth can be used to make a breakfast porridge — try changing it up with savory breakfasts, too. 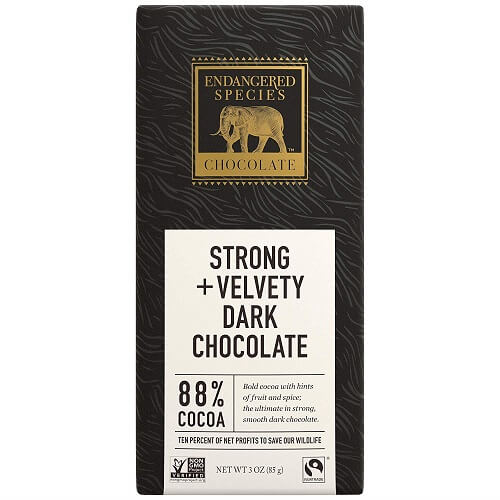 Dark chocolate is a good source of iron | Image/Montezuma’s

Dark chocolate is not only rich in antioxidants, but also iron — one ounce contains about 18 percent your RDI. It also contains maganese, copper, and magnesium, making this treat something of a superfood. It’s a good reason to treat yourself to a square or two of dark chocolate daily. Or, you can chop it fine and stir it into vegan brownie batter for a rich, indulgent treat. 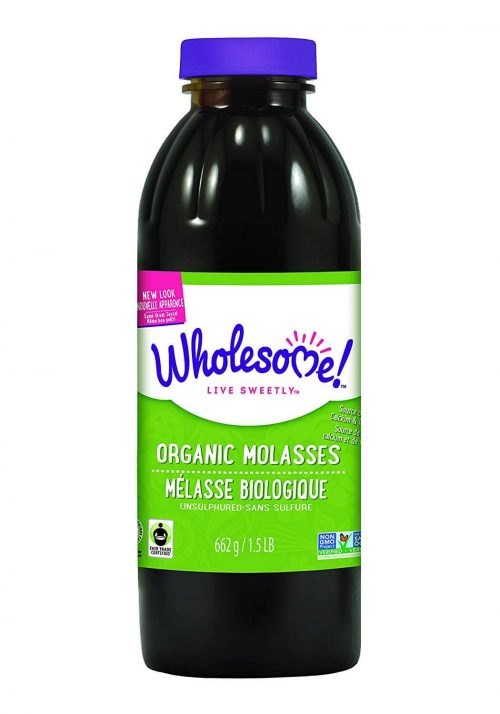 According to the VRG, two tablespoons of blackstrap molasses will net you 7.2 grams of iron. Not everyone can stomach it by the spoonful, though, so try adding it to vegan baked goods, stirring it into oatmeal, or combining it with hot water.