According to Australian dietician Melissa Meier, founder of the Syndey-based private practice Honest Nutrition it is entirely possible to maintain a healthy vegan diet – even when fast-food is your only option.

“With the abundance of deep-fried, unbalanced and ultra-processed meals in most food courts, finding something healthy to eat can be hard at the best of times,” wrote Meier. “Add to that strict dietary requirements and preferences, and you’ve got slim pickings … But there is hope for our vegan friends. In fact, there’s some rather healthy plant-based options.”

how to eat healthy on a vegan diet

One of Meier’s top choices for healthy vegan fast-food is Mexican chains. She recommends choosing a burrito bowl full of whole, plant-based foods such as rice, beans, lettuce, tomatoes, onion, and guacamole.

If your food court offers a salad bar, choose a wide variety of colorful vegetables and legumes to build a nutrient-dense meal.

“Legumes are nutritional superstars,”  Meier wrote. “That’s because they’re packed with quality carbs that will keep you feeling full and satisfied and plant-based protein to help with muscle growth and repair.” 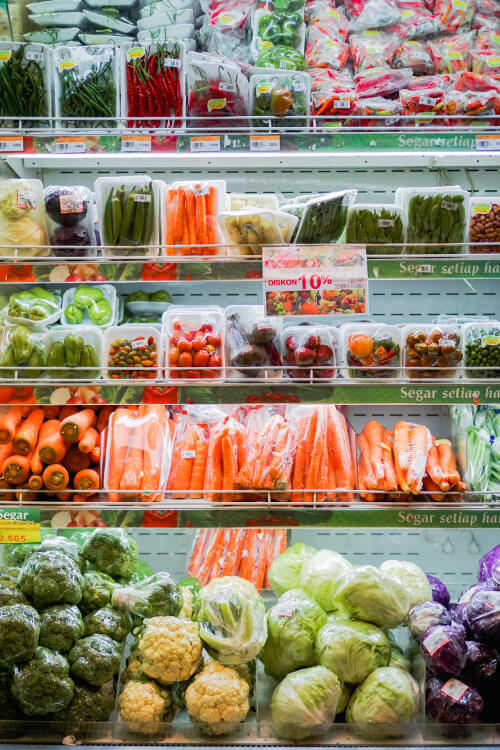 Additionally, Meier recommends browsing the menu of any sandwich shops for healthier, plant-based options.“First up, you need to get your base right,” she said. “Opt for a wholegrain loaf – and nothing jumbo-sized!”

For the filling, the Sydney-based dietician suggests loading up the sandwich with an abundance of non-starchy vegetables. For protein, seek out vegan staples such as tofu and tempeh or Middle Eastern options like falafel or hummus. As with Mexican fast-food, Meier recommends finishing off the sandwich with avocado for healthy fats and additional fiber.

In recent years, both fast-food and fast-casual chains have been increasing their vegan offerings in response to the rising demand for healthier, plant-based food among consumers.

In the U.S., a wide variety of burger-centric chains such as Bareburger and White Castle now offer vegan options, and vegan Mexican-inspired chains are also adding more vegan options. Just a few of these vegan-friendly chains include Chipotle, Moe’s Southwest Grill, and Australia’s Zambrero.

Exclusively vegan fast-casual restaurants are also on the rise. In the U.S., Veggie Grill is steadily working on a nationwide expansion while Canadian plant-based fast-food chain Globally Local is set to open new locations across the nation and the U.S. Additionally, Australian fast-food burger chain Lord of the Fries recently announced expansions into both the U.K. and India.