Food insecurity continues to plague even wealthy nations like the United States. The U.S. Department of Agriculture defines food insecurity as “a household-level economic and social condition of limited access to adequate food.” However, this issue stretches far beyond individual homes.  Food justice is actually a multifaceted issue with numerous causes and access to vegan foods can be particularly complicated.

Here’s what you need to know about food security and how to be a healthy vegan in a food desert.

What is a “food desert”?

A food desert is an area with a lack of access to food that is affordable, healthy, fresh and culturally appropriate.

Food deserts can be urban or rural, and they’re impacted by an area’s walkability and public transit (or lack thereof), according to the 2009 report “Access to Affordable and Nutritious Food: Measuring and Understanding Food Deserts and Their Consequences.” Some experts say a food desert is an urban area where there is no healthy food within one mile or a rural or suburban area where there is no food located within 10 miles. However, there are more circumstances at play than geographic distance alone. Transportation options, hours of operation, and the cost of food are crucial components of food access, too.

Why is the term “food apartheid” preferred over “food desert”?

People of color and low-income communities are disproportionately affected by low food access. That this doesn’t happen in a vacuum: It’s the result of housing costs, low wages, and policy decisions in regards to transportation and zoning.

Many people in the food justice world prefer the use of the term “food apartheid” to “food desert.” It’s important to “acknowledge why Black, Brown and indigenous people don’t have the same access to healthy foods as white and more affluent communities,” says lauren Ornelas, founder of Food Empowerment Project, a food justice organization in California.

The term food desert can imply that if the area only had a supermarket — or if the desert only had water — there would no longer be a problem. But many of the problems related to low food access (such as racism and classism) won’t suddenly be solved with a new supermarket in a neighborhood.

As Karen Washington, co-founder of Black Urban Growers, explained in an interview with Guernica, “Food apartheid’ looks at the whole food system, along with race, geography, faith, and economics. You say ‘food apartheid’ and you get to the root cause of some of the problems around the food system.” 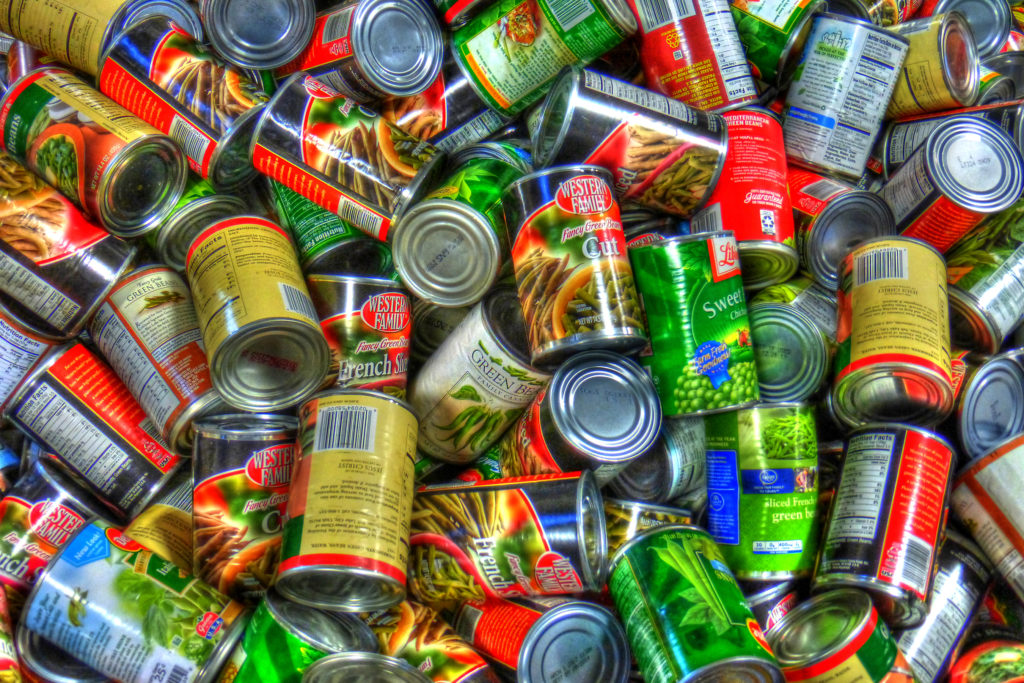 Can you be a healthy vegan in a food desert? | Arbyreed via Flickr

Can you be a healthy vegan in a food desert?

There are many difficulties to being a healthy vegan in a food desert or area experiencing food apartheid. Here are just a few:

Eating healthy can be expensive

A living wage is a crucial component in food justice. One of the many reasons that fast food restaurants are popular is that a filling meal can be bought for a couple of bucks—and served up quickly. Many people in insecure food circumstances are “time-poor and cash-poor,” says Orneleas. In fact, focus groups conducted by her organization found that “the biggest barrier people had to access healthy foods was actually the cost,” she says.

Produce is scarce and poor quality

Ornelas says that in the communities the Food Empowerment Project has worked in, Black and Brown people are “typically getting their groceries from convenience stores and liquor stores. I say convenience stores [but] as if you went into some of these places, you might just think it was a liquor store because they predominantly have liquor there.” Many of these stores have very few fruits and vegetables, and they might just have fruits like limes, for example, to be sold alongside alcohol. If they do have vegan foods, the fruits or vegetables may go rotten because they are less fresh, or are available in such a small quantity that they sell out quickly.

There is a lack of culturally appropriate ingredients

Fresh foods need to be ingredients that are culturally appropriate for the local population (including vegans). If your culture prepares a lot of dishes with leafy greens, for example, a basket of apples appearing at the corner store won’t necessarily inspire you to eat healthier.

Plant milks are hard to find

In areas that the Food Empowerment Project studied, “very few locations had any type of plant-based milks,” says Ornelas. This poses a problem not only for vegans who are trying to drink healthy beverages but for populations with higher incidences of lactose intolerance. (Ornelas says she prefers the use of the term ‘lactose normal’  instead of ‘lactose intolerance,’ as the former “puts the onus on Black and Brown and indigenous people, as if there’s something wrong with us,” she says.)

How to be a healthy vegan in a food desert

It is possible to be a healthy vegan in a food desert. But it can be difficult, especially if you are not tapped into community groups or organizations that are also concerned with improving access to fresh, healthy foods.

Not everyone has the financial means to, say, launch your own vegan cafe in a food desert. However, there are several options for bringing more vegan foods into areas affected by food apartheid:

Bring a farmers’ market to your community

Farmers’ markets — where fresh food travels to your neighborhood, instead of the other way around — can be an excellent way to increase food access in a community. But Ornelas stresses that the community a farmers’ market claims to serve has to be actively involved.

“You have to have the community input to talk to you about, like, when do they want the farmers’ market?” Explains Ornelas. “When is best for them? Where is a good location for them?”

In other words, there is no sense in having a farmers’ market on Saturday mornings when the majority of the residents work during that time.

There has been some success with what’s called “corner store makeovers,” explains Ornelas. For example, an organization called the National Healthy Corner Stores Network seeks to bring healthier produce to corner store shelves. Stores might require infrastructure upgrades, like refrigerators and more shelving, in order to sell more fresh foods. Economic development partnerships with local governments may be able to provide financial help.

Grow your own vegan foods in a vegetable garden

There are endless resources online for starting one’s own vegetable garden. Urban areas can get in on the action, too, with groups like the DC Urban Garden Network; the NYC Community Garden Coalition; Karen Washington’s group Black Urban Growers; and many others.

An area experiencing food apartheid may lack fresh fruit and vegetables but still may have canned goods that fit into a vegan diet. Rice and canned vegetables can be the basis of vegan foods. The blog Mad Rabbits has a comprehensive list of low-income vegan grocery staples (and we’ve got plenty of vegan recipes).

Food security may seem like an issue that affects only some. But ensuring access to basic healthy food for all should be everyone’s responsibility. The more people who have access to fresh produce and vegan ingredients, the more likely they are to incorporate more plant-based meals into their lives. This improves not only the health and wellbeing of these communities but of our shared world.