Put on your favorite sweater, throw a plush blanket over your shoulders, and embrace the chilly weather. Some of us are counting down the days until spring, but hey—it’s vegan hot chocolate season. Here’s how to find the best vegan hot chocolate brands and make the best dairy-free cocoa at home.

Chocolate comes from the cacao tree. According to the FAO (UN Food and Agriculture Organization) data, some of the top cocoa-producing countries include the Dominican Republic, Ecuador, Mexico, Brazil, Ghana, Nigeria, and the Ivory Coast. To make chocolate, first, the bitter cacao bean is fermented, dried, cleaned, and roasted. The shell of the bean is made into cacao nibs, which are ground into cocoa mass or pure chocolate.

Cocoa powder on its own is vegan—but it may not be kind to humans. The Food Empowerment Project, a nonprofit organization that aims to “create a more just and sustainable world by recognizing the power of one’s food choices,” notes that Western African countries supply upwards of 70 percent of the world’s cocoa.

In recent years, organizations and journalists have exposed the prevalence of child labor and slavery in farms from this region. Several of the farms supply cocoa to international companies including Hershey’s, Mars, and Nestlé. The Food Empowerment Project keeps a running list of vegan chocolate brands that use ethically sourced cocoa.

With aisles full of dairy-free milk made from everything from almond to macadamia nuts and rice, how do you choose which vegan milk you’re going to use? It comes down to personal preference. If you prefer a thinner hot chocolate, go for almond or coconut milk. But if you like your hot cocoa thick and rich, use soy or oat milk.

Lagusta Yearwood, the founder of vegan chocolate shop Lagusta’s Luscious and author of the cookbook “Sweet + Salty,” advises using almond milk. “We prefer almond milk because it’s pretty light and the flavor doesn’t get in the way of the chocolate flavor,” she told LIVEKINDLY in an email.

She added, “Oat is also really nice, though it’s a bit thicker.” 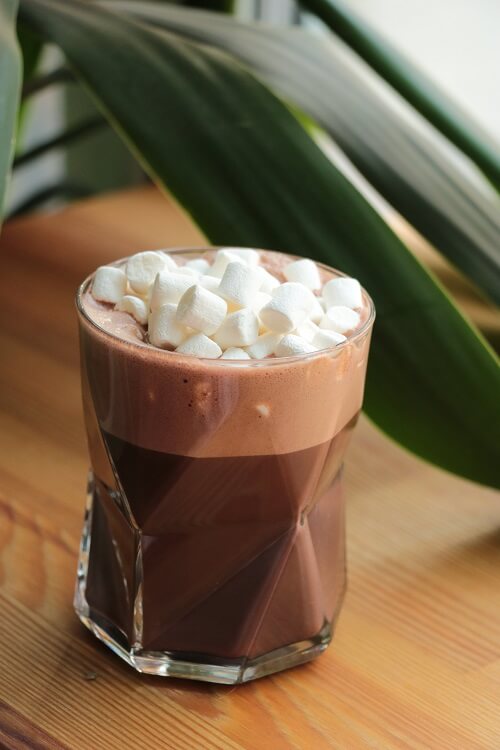 What’s not vegan about marshmallows?

Marshmallows are the peanut butter to hot cocoa’s jelly. While there’s nothing missing from a mug filled with chocolate, a layer of the squishy, fluffy confection somehow makes it better.

Most marshmallows are made with gelatin, an ingredient made from the collagen of animal bones or ligaments. There isn’t a version of gelatin available on a commercial level yet. San Leandro, California-based biotech company Geltor recently entered a partnership with collagen-maker GELTIA to commercialize animal-free collagen for supplements. But, marshmallows made with vegan gelatin may be available in the near future: “This is a first step, but we’ll continue to look ahead to the broader food and beverage industry to strike partnerships there,” co-founder Alex Lorestani told Food Navigator. 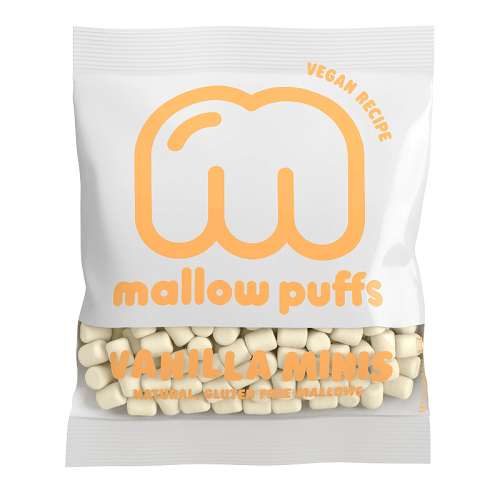 Which marshmallows are vegan?

Although most marshmallows contain gelatin, there are a few vegan options on the market. Look for Dandies, Trader Joe’s (minis and regular), and Suzanne’s Specialty Ricemellow Creme in the U.S. In the U.K., try Anada’s, Mallow Puffs, and Freedom Confectionery.

These vegan hot chocolate mixes make it easy to get your hot cocoa fix. 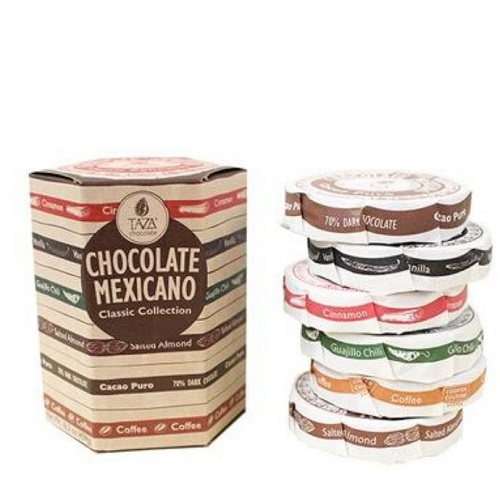 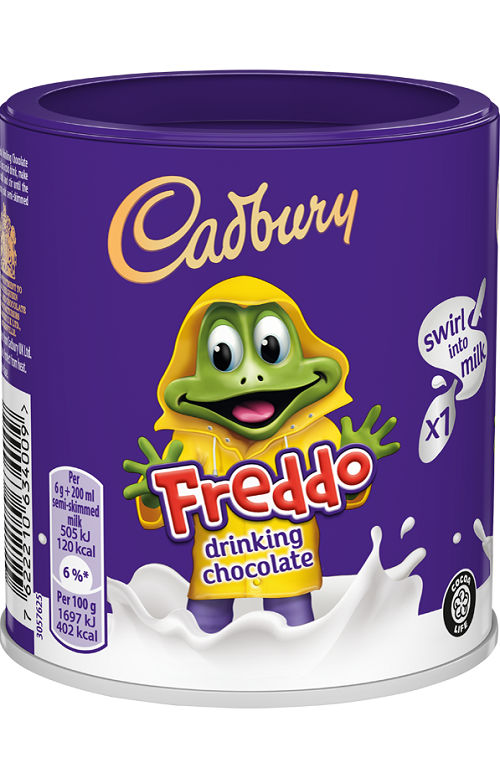 A UK mainstay, Cadbury’s Freddo Drinking Chocolate is vegan. The hot chocolate powder is designed to be mixed into milk, but it’s free from milk or whey powder, which are traditionally added to hot cocoa mixes. Instead, mix it with dairy-free milk. 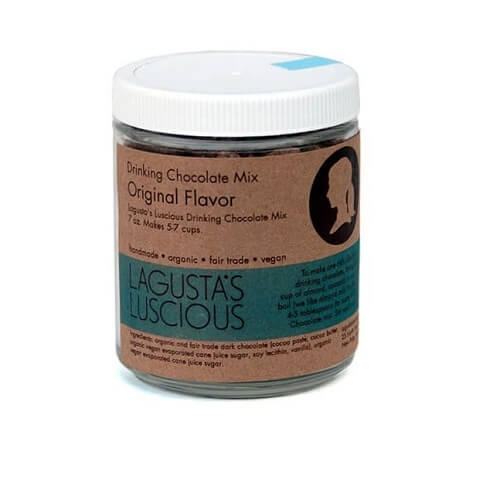 According to the website, vegan chocolatier Lagusta’s Luscious stands for “social justice, environmentalism, and veganism with a love of bold flavor and obsessive commitment to artisan techniques.” From its ethically-sourced chocolate to the 100 percent post-consumer recycled materials it comes packaged in, this vegan sipping chocolate is sweet in more ways than one. 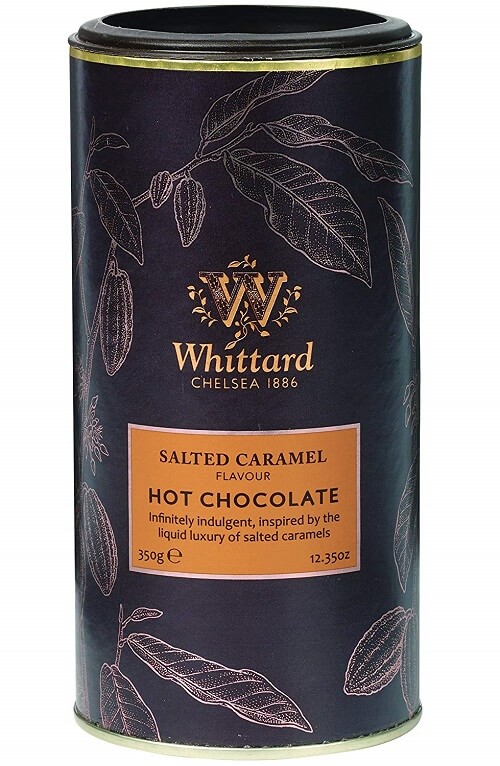 Equal Exchange’s Organic Dark Hot Chocolate is described as rich and extra-decadent. All you need is a tablespoon of the mix and vegan milk. Equal Exchange is a worker-owned cooperative that sources its Fair Trade cacao from small-scale farms in Latin America.

UK, rejoice—Cadbury Bourneville Cocoa is dairy-free. It’s perfect for baking or drinking, so enjoy whipping up a mug of vegan hot chocolate. 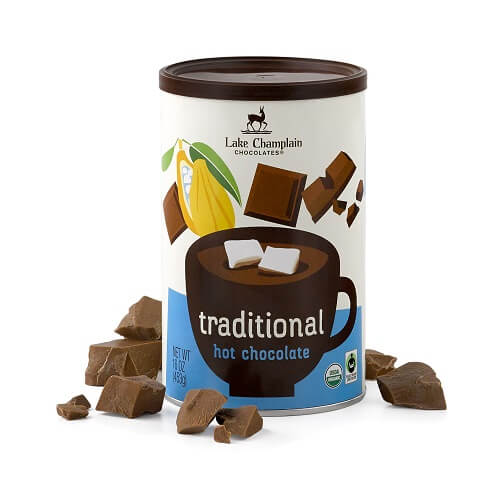 Vermont-based gourmet chocolatier Lake Champlain Chocolates has more than 35 years of experience and a passion for craftsmanship. The traditional Hot Chocolate is made with fair trade Dutch cocoa and organic sugar. The mix itself is vegan—just add your dairy-free milk of choice. 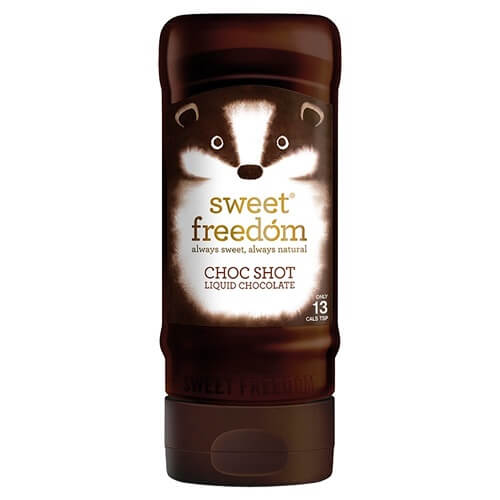 How to Make Hot Chocolate

Making vegan hot cocoa is easy. If you’re using a premade mix, just follow the instructions on the package.

You know which brands are vegan, but what about making your own? Try your hand at any of these decadently dairy-free hot chocolate recipes. 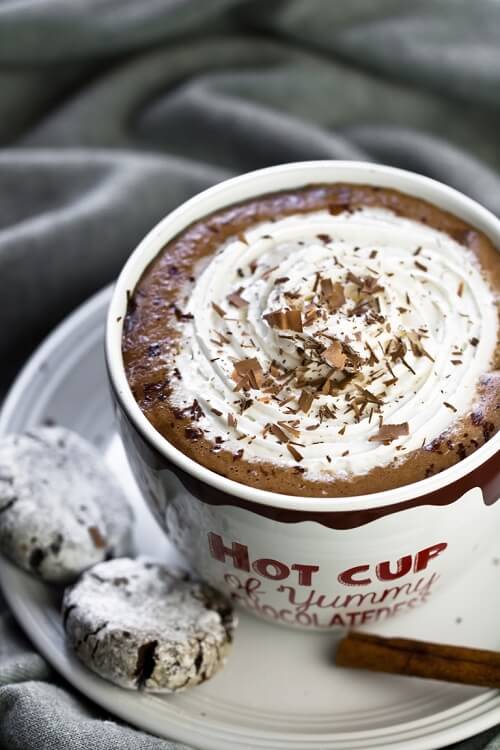 Even better than dairy. | Brandi Doming

This decadent hot chocolate is extra-rich, thanks to a combination of semi-sweet chocolate and cocoa powder. Even better, it takes only six ingredients and five minutes to come together! Top it off with a generous pile of dairy-free whipped cream and chocolate shavings, if you’re feeling fancy. 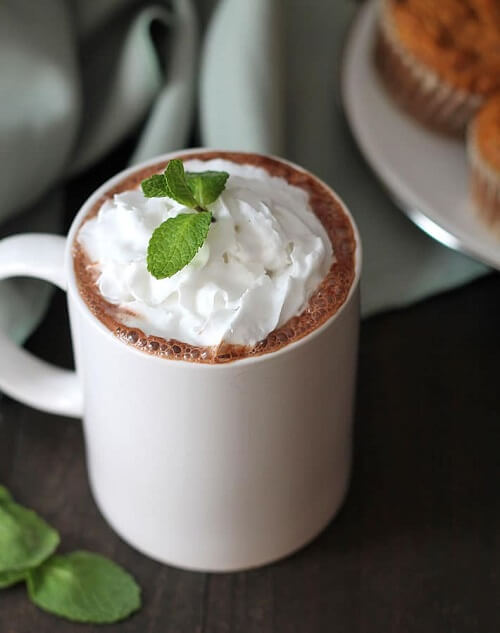 The cool tingle of peppermint meets the rich taste of cocoa in this dairy-free peppermint hot chocolate. Made from plant-based milk, canned coconut milk, cocoa powder, and peppermint extract, it’s the perfect drink for the festive season. 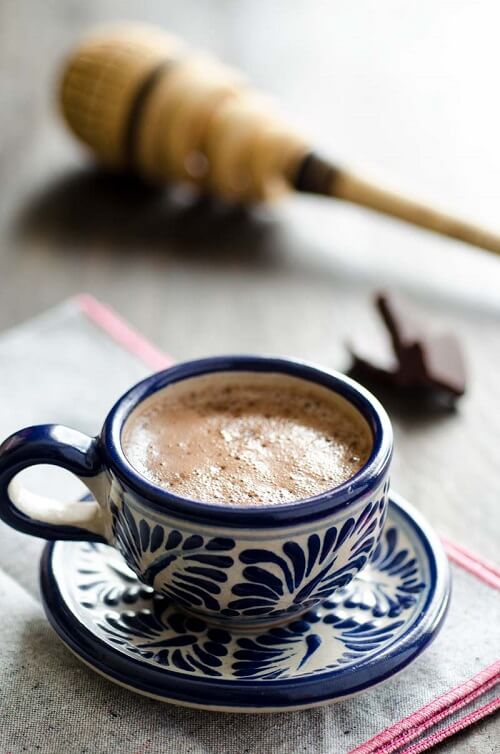 Creamy, foamy, rich, and delicious, this authentic vegan Mexican hot chocolate has a hint of cinnamon and just the right amount of sweetness. Using soy milk for this recipe is the key to getting the perfect froth. 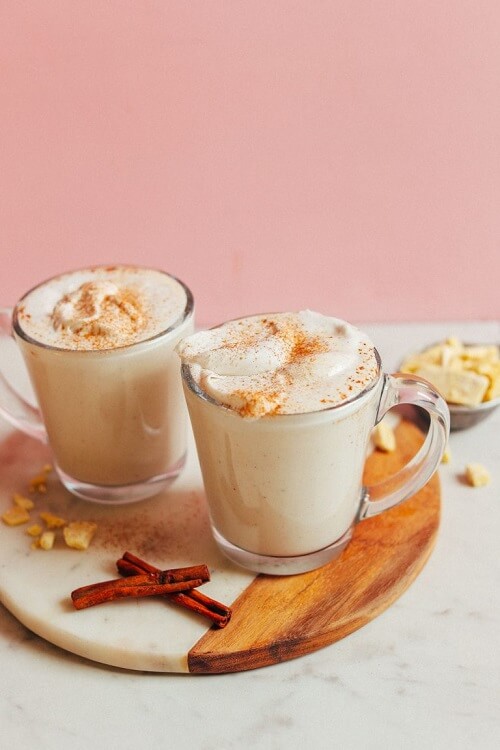