More people than ever are talking about plastic. Its impact on the planet, marine life, and our bodies has become more understood than ever before and in turn, many are looking for plastic alternatives to help reduce their consumption of the material. Plastic-free wrapping ideas that help to store food in an environmentally friendly way are a good place to start. 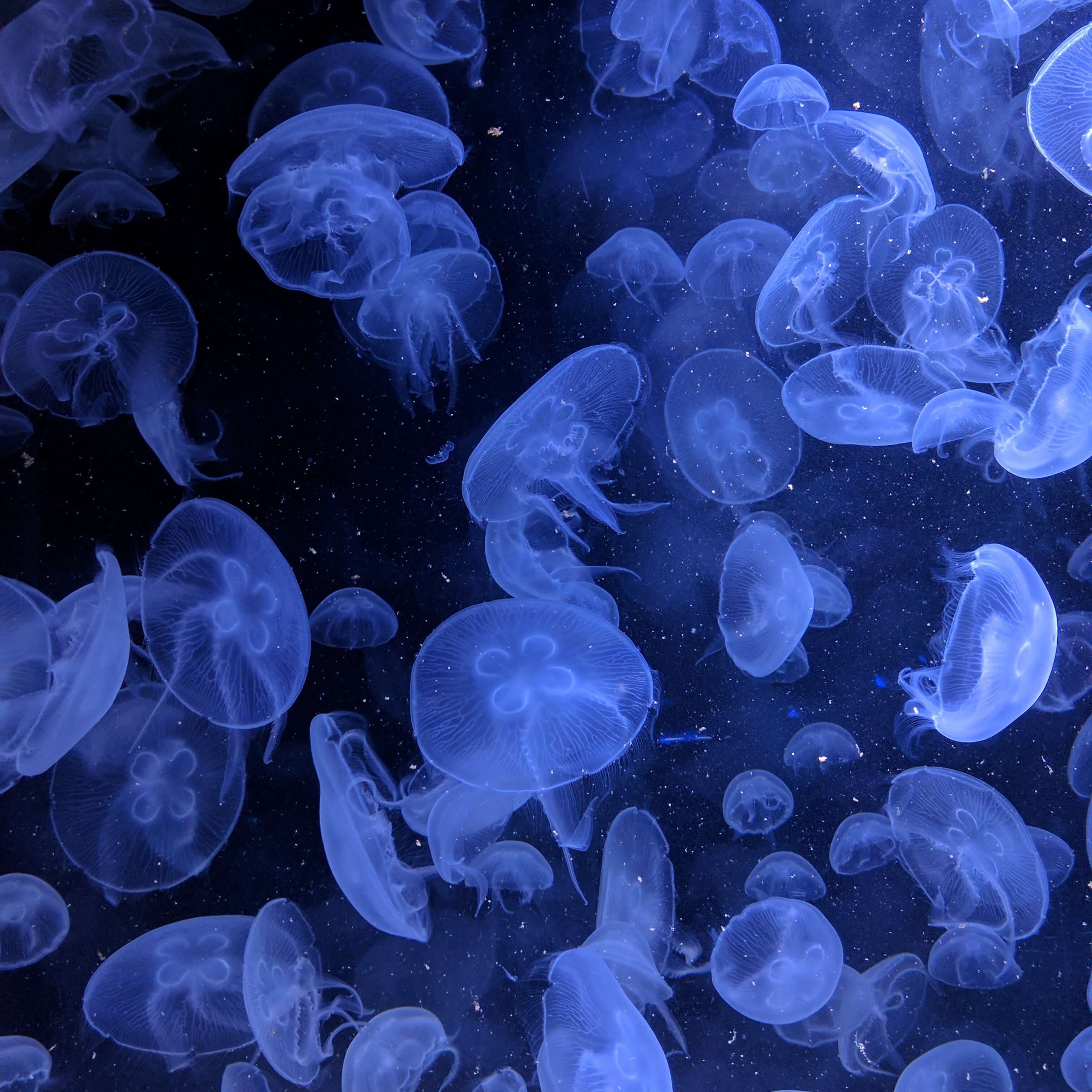 Plastic and the Environment

Plastic waste is arguably one of the biggest problems faced by our ecosystem. In the U.S. alone, around 100 billion plastic bags are used every year, of which only one percent is returned for recycling or reuse. According to the Center for Biological Diversity, plastic bags are responsible for the deaths of 100,000 marine animals annually.

However, shows like the BBC’s “Blue Planet 2,” narrated by David Attenborough, help increase awareness about plastic waste and its effects on the environment. Moves such as the 5p bag charge in British supermarkets have also changed the way the public views its plastic consumption.

Many people are making changes to the way they use plastics for the sake of the environment, such as reusing plastic takeaway containers. However, not many are aware of the harmful effects plastic can have on our bodies. 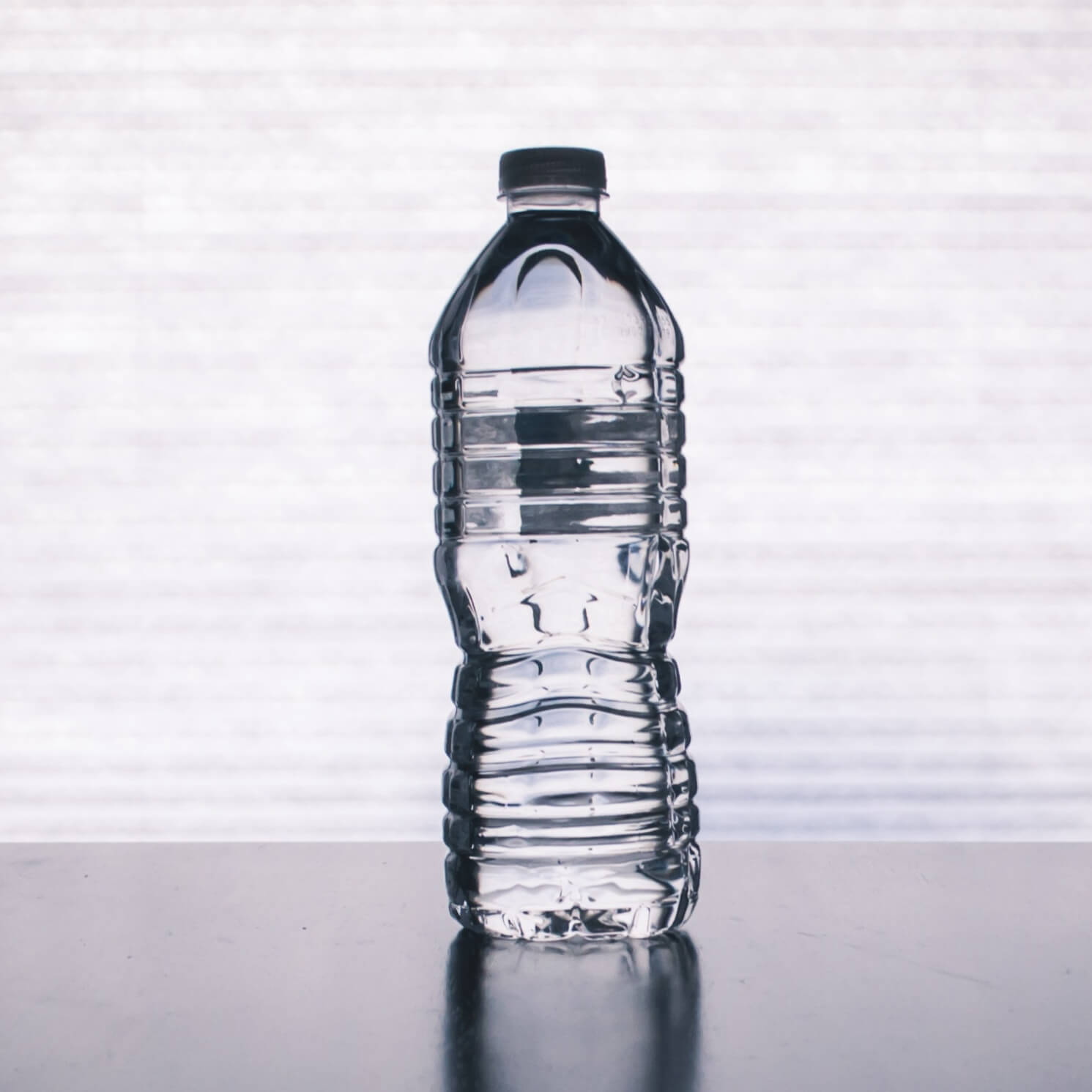 Bisphenol A, found in plastic products, has been linked to health concerns.

There is mounting scientific evidence showing that chemicals, specifically Bisphenol A (BPA), found in plastic can enter the human body simply through skin contact. People most commonly ingest the chemicals by eating food kept in plastic packaging or drinking water from plastic bottles.

A 2018 study found that more than 80 percent of participating teenagers had “measurable levels” of BPA in their urine. BPA and related molecules like Bisphenol S (BPS) mimic the makeup of human hormones and can interfere with the endocrine system, which produces hormones that regulate metabolism, tissue function, sleep, reproduction, and mood. Disrupting this system can have wide-ranging effects, impacting “metabolism, growth, sexual function, and sleep,” according to The Guardian.

The Food and Drug Administration (FDA) in the U.S. banned the use of these chemicals in baby’s bottles and infant feeding cups over concerns that BPA accumulation could lead to neurobehavioral and immune system problems.

So, is it possible to avoid exposure to these chemicals by altering the way we store our food? 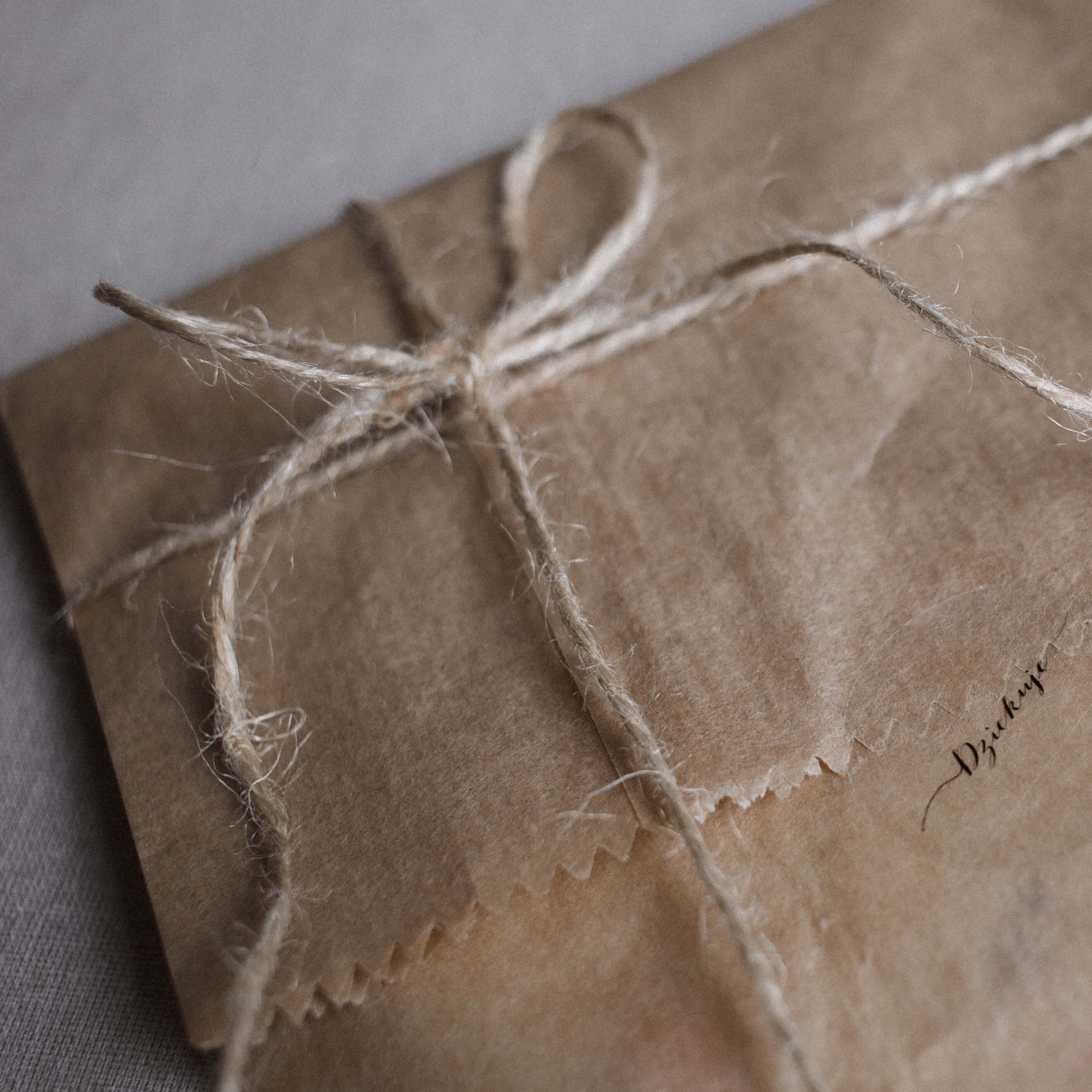 Brown paper bags and natural twine can be used instead of plastic bags.

Many big brands are making the shift away from plastic packaging in their stores. In February, Iceland promised it would be plastic-free by the year 2023. The brand paired the announcement with a new campaign, titled #toocoolforplastic. In a video, Iceland’s Managing Director Richard Walker said, “The onus is on retailers as a leading contributor to plastic packaging pollution to take a stand and deliver real and long-lasting change.“

In its February line of products, the retailer used paper-based trays for its own-brand products, which are priced lower than its plastic alternatives. Iceland also plans to offer sustainable options in place of plastic for loose fruit and vegetables. Paper bags, cotton and cellulose nets, compostable punnets for berries and fruit, and reusable, plant-based elastic bands to bundle produce like celery and green onions will be available.

In the U.S, Trader Joe’s made a New Year’s resolution to reduce its plastic waste by more than 1 million pounds. The move follows a Change.org petition which has now amassed more than 100,000 signatures.  The chain said, “taking into consideration our customer feedback and our desire to be great neighbors, we have been taking a careful look at our packaging and the opportunities that exist to make improvements, with respect to sustainability.”

Trader Joe’s has already made important changes to its packaging. It eliminated styrofoam bases in its produce section and no longer offers plastic shopping bags. It also encourages customers to think more closely about their shopping choices with a handy guide to packaging.

Down under, Woolworths in Australia has made moves away from plastic, leading to an 80 percent decrease in plastic consumption within three months. National Retail Association’s Manager of Industry Policy, David Stout, said in a statement, “Retailers deserve an enormous amount of kudos for leading the way on one of the most significant changes to consumer behavior in generations and we also applaud shoppers for embracing this environmental initiative.”

For those who shop at stores that haven’t committed to change, you can still reduce your consumption of plastic. Using reusable shopping bags and buying loose vegetables (using your own produce bags) can greatly impact the amount of plastic used in daily life. It also sends an important message to brands that are slow to do their part in the fight against plastic. 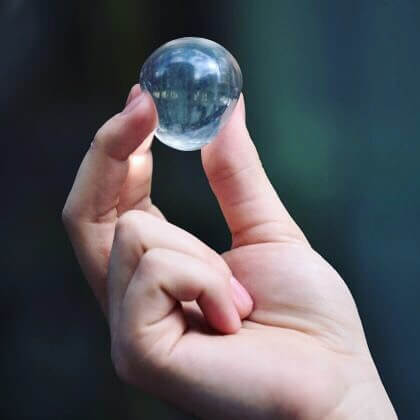 It’s not just supermarkets taking a stand against plastic. There are now several companies developing alternatives to single-use plastics.

Skipping Rocks Lab made headlines for its edible water pods which were used at the recent London Marathon. By using the pods, the event managed to replace 200,000 plastic water bottles that would have ended up in landfills.

The Ohoo! Pods, made from seaweed, can be ingested or simply bitten into to access the water and then discarded. Due to their plant-based structure, the pods take 4-6 weeks to degrade, compared to the hundreds of years plastic takes to degrade whilst leaching dangerous chemicals.

In Mexico, BIOFASE transforms avocado pits into biodegradable plastic which can be used to create straws and cutlery. The company produces 130 tonnes of bioplastic each month, though it has plans to expand to 700 tonnes a month by November this year. 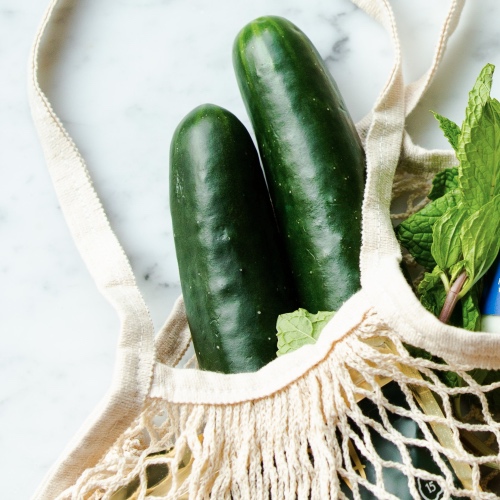 Storing produce without plastic is easy.

Reducing plastic waste isn’t just about making plastic-free choices outside the home. Plastic has become so integrated with the way we store food in our cupboards and fridges it can be difficult to know where to start when looking for alternatives. Below are some options for different ways to store and tips on how to prolong produce without the use of plastic. 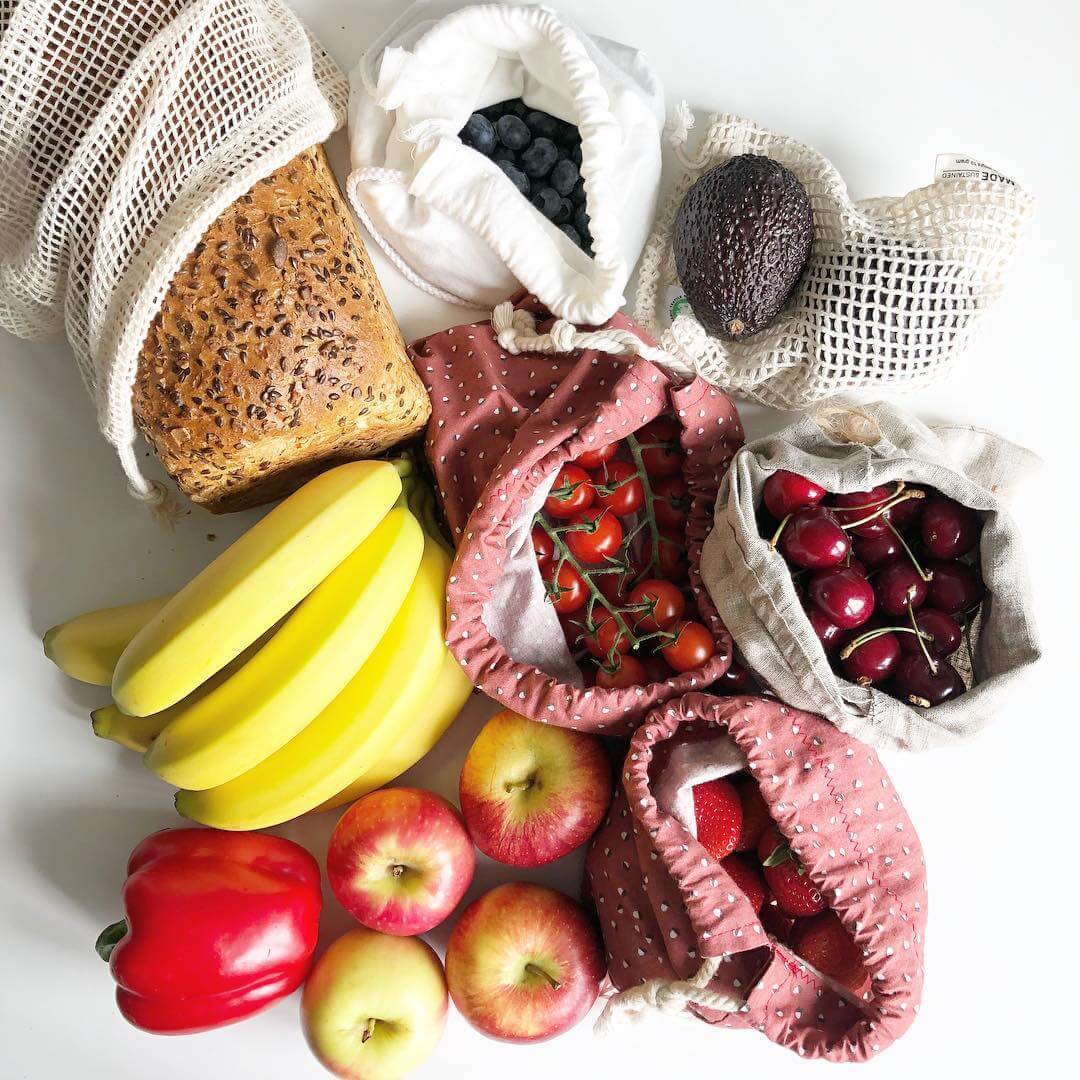 Cotton produce bags are just one way to reduce your plastic consumption. 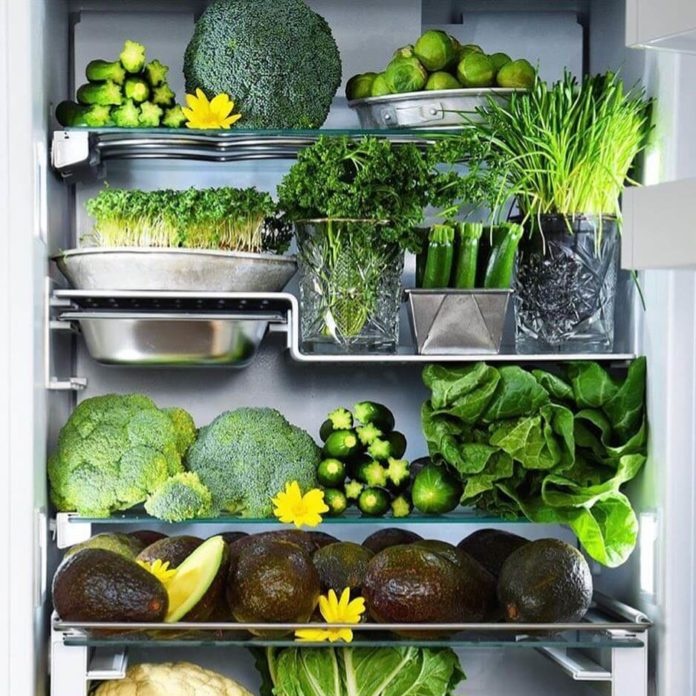 Fruit and veg are often best stored in a variety of ways, but there are some easy ways to reduce plastic in your fridge.

Besides investing in environmentally friendly packaging, you can also store your produce more strategically to extend shelf life. There are many foods which keep best stored at room temperature, and can, therefore, be left out and not wrapped in plastic. Refrigerators can break down a lot of produce items, dulling taste and creating an unpleasant texture. One such example is tomatoes, which should be stored at room temperature to preserve their natural taste.

Bananas can also be kept at room temperature. However, they should be kept away from other produce as they are high ethylene producers. Ethylene causes other fruits to ripen, and therefore spoil, quicker.

Stone fruits—such as peaches, nectarines, and apricots—can be kept out until ripe, and should only be refrigerated if keeping for longer. Melons and pears do well this way, too. Various vegetables can also be kept on a cool counter or at room temperature, such as squash, eggplant, and cabbage.

Potatoes, sweet potatoes, onions, and garlic can be kept in a box or in a cupboard to prolong their lifespan. It is best to keep potatoes away from onions as they can absorb flavors from the onions.

Some foods require refrigeration but may not need to be wrapped. The majority of produce does best with good air circulation and can be kept in the fridge in open containers, sometimes with a damp cloth draped across the top. Occasionally, it is better to store things in cotton (or other porous, open weave) bags.

Berries and figs should be stored in a single layer if possible, to prevent bruising and allow maximum air circulation. Broccoli stores best in a cloth produce bag, however, it is still prone to perishing quickly! Celery can also be stored in a cloth bag, but does well in a glass of shallow water on a counter, too.

Unlike potatoes and onions, root vegetables such as parsnips, carrots, and turnips do best in cold temperatures. Storing them in the fridge wrapped in a damp towel is the best way to preserve them and prevent them from losing moisture.

Whilst some produce stores best with decent airflow, other fruit and vegetables actually keep longer in an airtight container, usually with some damp kitchen paper to prevent them from drying out. Examples include artichokes, fennel, green garlic, fava beans, cherries, and basil.