Is veganism changing our language? Between new food products, new labeling requirements, and outdated sayings, vegan food may be playing more of a role in how we communicate in the very near future.

Using different terms is nothing new to vegan products. Female First points out that soy milk was called “liquid food of plant origin” in the 1960s. Soy ice cream had a similar battle, when in 1951 the USDA claimed a brand named Chill-Zert had to be called “imitation chocolate dessert” — the maker fought back against the law and won. Vegan meat products have had names like “chickenless morsels,” “bac’n,” “chik’n,” and so on.

Fast forward to today, and the meat and dairy industries aren’t happy with vegan options relying on traditional names. Vegan food is becoming increasingly mainstream. Where just five years ago you might have found just one brand of veggie burgers in your supermarket, options are now abundant — and it seems that every month, they get closer to tasting like the real thing. This is a problem for animal agriculture industries in the U.S. and Europe.

A law passed in Mississippi last March stipulates that vegan meat products can’t legally be called “meat,” even if the packaging makes it clear that it’s plant-based. Senate Bill 2922 went into effect on July 1. A similar fight is now also taking place in Europe. A proposal introduced to the European Parliament last March by French MEP Eric Andrieu would make it illegal to call things that don’t contain meat a “burger,” “sausage,” “bacon.”

Both laws have received pushback. The Plant Based Foods Association (PBFA), which represents more than 140 vegan food brands, filed a lawsuit against Mississippi earlier this month on the grounds that SB2922 violates First Amendment right to freedom of speech. Terms like “burger,” “sausage,” and “bacon” are all familiar to consumers — as is dairy vocabulary like “milk,” “cheese,” “butter,” and “ice cream.” The lawsuit also says the legislation is a result of meat lobbyists feeling threatened by the increased popularity of vegan food. 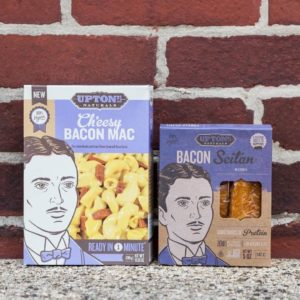 The Fight Over Vegan Food Labels

The Mississippi law is new, but it’s not the first time that creating food that looks and tastes like animal products has been targeted. PBFA recently fought meat and dairy labeling laws that would change the language on the packaging in nearly 30 states.

“The proper arena to address competition is in the marketplace, directly speaking to consumers; it’s not to go to your friends in the state legislature to do your bidding,” said Michele Simon, executive director of PBFA. “Our members are competing fair and square in the marketplace.”

Creative names are often the result of wanting to avoid legal trouble around labeling. But people still tend to call plant-based products what they are. How many of us have picked up a pint of “nondairy frozen dessert” and not called it “vegan ice cream”? Animal agriculture producers maintain that using familiar terms confuses consumers — but studies have shown that people generally understand that “almond milk,” “almondmilk,” “nondairy almond beverage” and “almond mylk” all mean almond milk and not cow’s milk. 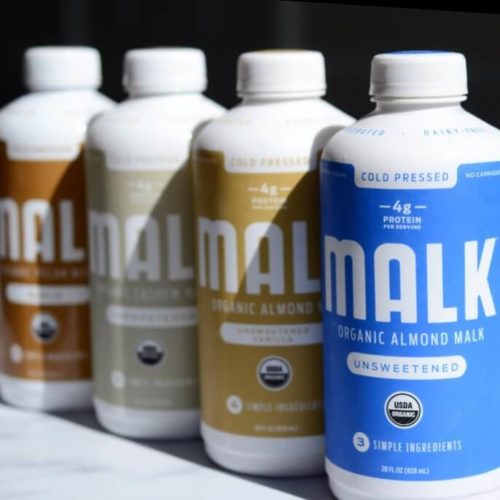 There are other ways veganism might change language outside of the fight over the right to label vegan products with familiar words. International animal rights group PETA (People for the Ethical Treatment of Animals) pointed out that not all common phrases are animal-friendly. In a post earlier this year, the nonprofit suggested making swaps like “feed two birds with one scone” instead of “kill two birds with one stone,” “bring home the bagels,” instead of “bacon,” and “more than one way to peel a potato” instead of “skin a cat.”

The post drew criticism from mainstream press saying PETA took things too far, but it opened up the discussion that changing the way we talk could also change the way we see animals. The same might be said of food — as PBFA revealed, consumers already understand that meat, milk, butter, fish, eggs, and everything in between don’t need to come from an animal.