The report, entitled “Plant-Based Profits,” is backed by a $2.4 trillion value cadre of investment groups, many of whom are already making investments into plant-based brands.

Sixteen multinational food companies and supermarkets were evaluated in all for their focuses on the shifting dietary landscape. The report noted that all companies “lack a coherent strategy for how to market and promote alternative protein products on supermarket shelves to drive sales.”

The report says major food industry players including Tesco and Nestlé, would benefit greatly from expanding vegan offerings, specifically in the plant-based protein sector. Tesco and Nestlé were assessed as being  “best prepared” to bring a focus to the growing vegan market segment.

In contrast, Costco and Whole Foods were both criticised for “failing to adequately respond to investor requests for information or further meetings,” the report noted. Costco was specifically called out for lacking the foresight to recognize protein diversification “as a material issue.” 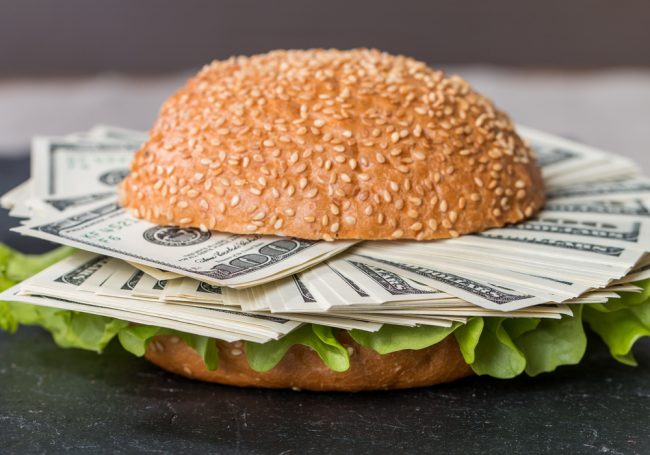 According to Jeremy Coller, Founder of the FAIRR Initiative and CIO of Coller Capital, “alternative proteins are rapidly going mainstream. From meatpackers to supermarket stackers the global food sector is rapidly taking notice of plant-based alternatives to animal protein products, and that is driving 8% annual growth in the alternative proteins market.”

Coller says that like other successful market sectors, the brands evaluated will do well to launch or expand private label vegan offerings.

“It’s significant that all of the food producers and retailers engaged by investors now market at least one own-brand alternative protein product.”

“Ultimately,” Coller says, “this trend is driven by the inability of the global meat industry to manage the environmental, public health and animal welfare challenges that the world’s current demand for animal protein creates; and that is generating remarkable opportunities for food companies and their shareholders.”