The launch comes after years of talks with animal rights organization PETA Germany (People for the Ethical Treatment of Animals). The suit is certified vegan and features the organization’s “PETA-Approved Vegan” logo. It is made of certified organic Italian linen.

In a release, PETA applauded Hugo Boss for offering customers a “compassionate alternative” to wool suits.

“We are delighted to see that animal-friendly fashion is on the rise, and BOSS is the first world-known premium brand to set this stylish milestone in menswear,” said Harald Ullmann, Vice President of PETA Germany.

“Kind people can now buy high-end business suits that are not only stylish and fashionable but also cruelty-free and sustainable,” he added. 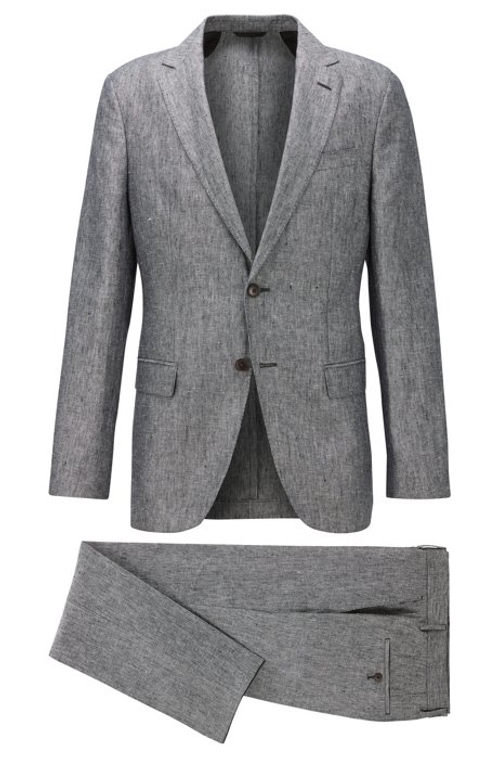 The Cruelty Behind Wool

The wool industry uses shearing methods that cause immense pain and suffering to sheep.

As a result, sheep often get injured during shearing. Shearers sometimes rip or cut off strips of skin, and even ears and tails, during the process.

In order to reduce animal suffering, many brands are creating cruelty-free suits made from vegan, sustainable materials.

“These older companies that are still using things like fur, leather, and wool should be ashamed of how those things are made. It is shameful, and it’s cruel, and it’s unnecessary. [I]t’s far more innovative and economical and smart to be using vegan and sustainable materials,” Joshua Katcher, founder of Brave GentleMan, told PETA Asia.

Actor and animal rights activist Joaquin Phoenix has also spoken out against the cruel wool industry.

In 2018, PETA erected a billboard near the Fashion Institute of Technology during New York Fashion Week. The billboard featured Phoenix wearing a vegan “wool” suit designed by Brave GentleMan.

Hugo Boss’s vegan suit is part of the brand’s BOSS spring-summer collection. It is available online and in stores in three colors: beige, dark blue, and black.