In a sea of grocery store labels touting phrases like “Organic” and “Certified Humane,” especially when coupled with pastoral photos of smiling farmers cradling their animals, it can feel like organic meat is the kinder choice. But, is it really?

What Does ‘Organic’ Mean?

What does it mean for a product to have the USDA Certified Organic label? In 1990, Congress passed the Organic Foods Production Act as part of a larger law governing various United States Department of Agriculture programs. This includes the National Organic Program (NOP), which was founded in 2002. This program specifies many legal standards for producers and processors of organic food. These requirements are certified by USDA-accredited agents.

In order for a producer to obtain the USDA Organic seal, it must adhere to the federal guidelines. For example, produce grown can be called organic when it is grown in soil without prohibited substances. Prohibited substances, which are advised by the National Organic Standards Board, include most synthetic fertilizers and pesticides.

Standards take the effects on human and environmental health into consideration. Certain non-synthetic substances, including arsenic, strychnine, and calcium chloride, are also prohibited. These standards were put in place in order to enhance soil and water quality. In addition to this, the program oversees standards for organic animal products.

What Is Organic Meat?

Standards mandate that animals raised for organic meat are fed organic grass or grain—feed not treated by pesticides and herbicides that have been banned by the USDA’s NOP. They must be raised in living conditions that accommodate natural behaviors, such as access to pasture for cattle. Organic farmers must allow ruminant animals including cattle, sheep, and goats to graze outside for at least 120 days a year in order to maintain their certification. Access to shade, shelter, fresh water, and clean bedding is also required. 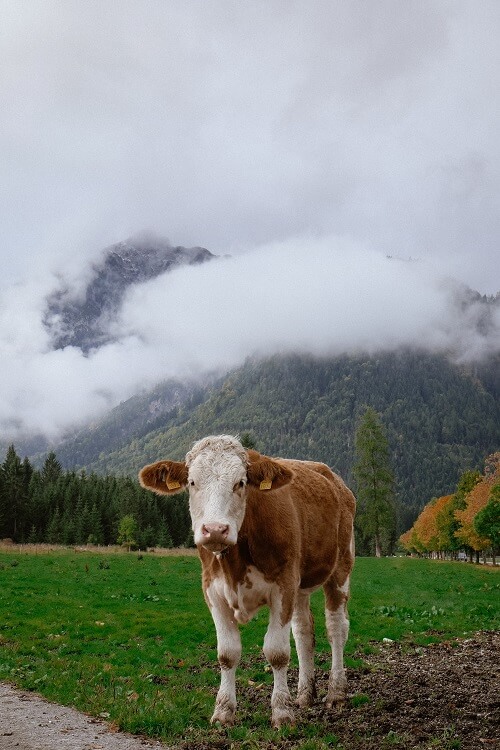 A 2014 meta-analysis published in the British Journal of Nutrition, which included data from more than 300 studies, found that organic crops have higher levels of antioxidants. Produce including carrots, blueberries, broccoli, and apples, contain approximately 50 percent more anthocyanins and flavonols. This is because they are exposed to more stressors, such as insects. Plants will produce compounds, such as polyacetylene in carrots, to drive pests away.

These compounds have a variety of benefits. Research shows that flavanols can protect cells from damage. Anthocyanins, the pigments that give fruits and vegetables their rich colors, may help protect against heart disease and cancer. While organic produce was found to have higher antioxidant levels, a 2012 study published in the Annals of Internal Medicine found that they do not consistently contain higher vitamin levels.

A similar 2016 meta-analysis, also published in the British Journal of Nutrition, found that organic meat and dairy contain 50 percent more omega-3 fatty acids as a result of foraging on grass.

Organic has become synonymous with humane, but there are distinctions. Additionally, “humanely-raised” certificates can also apply to non-organic animals. So, what’s the difference?

New York City-based Greensbury, a meat delivery service, promises “USDA certified organic, grass-fed, grass-finished, and pasture raised” beef as well as organic chicken. The site claims that its cows “live freely, peacefully, and naturally.” California-based farm Belcampo Meat Co., which delivers nationwide, claims that it produces meat for the “well-being of people, planet, and animals.” Meat subscription service ButcherBox is another example where the consumer might be led to believe that organic meat is kinder to animals. The website promises meat from “humanely raised” organic, free-range hens.

While it sounds more humane compared to what occurs on factory farms, where the overwhelming majority of meat comes from, organic labels do not get rid of other industry standard practices. These include clipping hens’ beaks and pigs’ teeth, forcible insemination, and being shipped in crowded transport trucks without access to food or water, even in extreme heat. Farms still separate dairy cows from their babies shortly after birth. And even when organic, veal calves can be contained in small, dark stalls for up to six months.

How Are Organic Animals Slaughtered?

Animals are still slaughtered after living for only a fraction of their natural lifespan. Farms send cows to slaughter at around 42-months old. But, they can live for up to 22 years.

The USDA’s National Organic Program (NOP) does not oversee any aspect of the slaughter process. Organically raised or not, most animals are sent to the same slaughterhouse facilities as other animals. A blunt blow to the skull, a gunshot to the head with a firearm or captive bolt stunner, or being gassed to death with carbon dioxide are all approved killing methods.

Restrictions in livestock-producing states make it illegal to sound the alarm on animal abuse that steps outside the bounds of the Humane Slaughter Act. These “ag-gag” laws attempt to silence whistleblowers exposing animal cruelty. States including Iowa, Arkansas, and Missouri, have passed these laws. Federal courts have struck down some of these laws.

What Does ‘Humane’ Meat Mean?

Organic meat may also come with an additional label touting how a farmer treated their animals. While there is one federal law protecting animals, there are several nonprofits with certification programs for farms that claim to treat their animals humanely based on a set of guidelines. These labels include “Certified Humane,” “Animal Welfare Approved,” and “Global Animal Partnership-Certified.”

The nonprofit Humane Farm Animal Care operates the Certified Humane label. Every species has specific guidelines. For example, cattle must have access to the outdoors (but not pasture) all year round. Chickens, turkeys, and pigs do not need to live outdoors. But, the label prohibits cage confinement for these animals.

Global Animal Partnership-Certified, or GAP-Certified, is something you may have seen at Whole Foods. The supermarket chain uses this certification system. GAP has a five-step program that applies to cattle, pigs, sheep, chickens, turkeys, bison, and goats. More than 3,800 farms across seven countries use the farm.

Welfare standards include no cage confinement or crowding, an enriched environment, enhanced outdoor access, being pasture-raised, and spending their entire life on the farm. Certain standards vary by species. For example, GAP certifications allow broiler hens. These genetically engineered animals grow big and fast to the point where many of them struggle to move. The program aims to replace them with “breeds meeting specific welfare outcomes” by 2024.

A Greener World, a nonprofit that promotes transparency in food production, oversees the Animal Welfare Approved label. It is the only label of its kind to require audited welfare production, transport, and slaughterhouses. Animals must live outdoors on a pasture or range for their entire lives on an independent farm. Farms cannot transport animals in trucks for more than eight hours. Artificial insemination of dairy cattle is still permitted. Guidelines recommend, but do not require, that mother cows raise their calves. Farms may also keep dairy calves in individual pens for up to 28 days.

What’s the Best Choice for Animals?

While these welfare labels give animals a comparatively better life than those raised on conventional factory farms, this does not remove the fact that animals raised for meat, dairy, and eggs are born into an industry that seeks to profit off of their deaths.

With the plant-based meat market projected to reach $85 billion by 2030 according to Swiss multinational bank UBS, ethical options are becoming more readily available. Plant-based meat is even firmly establishing a place in supermarket meat aisles. Kroger, the biggest chain in the U.S., even found that sales increase when vegan meat is staged next to packaged meat products.

For those looking to still eat organic, there are options from brands like Amy’s Kitchen and Don Lee Farms. Several brands, such as Hodo, Lightlife, and House Foods, make organic tofu or tempeh. Some studies suggest that over time, organic farming practices could improve biodiversity in the long term. However, environmental impact varies from crop to crop and further research is needed.

Not only is plant-based meat kinder to animals, but it’s also healthier and more sustainable. According to a 2016 study from Oxford University, global greenhouse gas emissions could be slashed by 70 percent if everyone adopted a plant-based diet.

Climate Change Facts: Where Do We Stand in 2021?