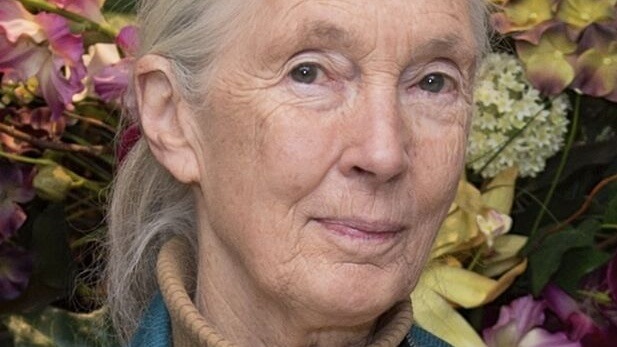 Over the past few months, a number of reports have surfaced detailing the desperate state of the planet and its wildlife. Most recently, the World Wildlife Fund (WWF) released a study revealing that animal populations have declined by 60 percent since the 1970s due to a number of human-caused issues, such as overfishing, overhunting, and climate change. However, despite all of this, vegetarian conservationist Jane Goodall remains optimistic about the future of the environment and hopes that – one day – humanity will be able to live in harmony with its surroundings.

Speaking to The Tyee, the 84-year-old world-renowned primatologist – whose groundbreaking work with chimps from her younger years shaped how we now understand the species – explained that even though there are plenty of reports and studies that make the future look bleak, it is important to remember that there is still some good in the world.

“There is a great deal of optimism, and so many great projects, kindness to animals, people devoting their lives to eradicating poverty, environmental design,” she said. “It’s important not to give up.”

Dr. Goodall has always understood the power of using your voice to stand up for those who cannot speak for themselves. When it comes to climate change, endangered species, human rights and justice, we must each do our part to build a better world for people, other animals and environment. | #drjanegoodall #drgoodall #janegoodall #inspirationalquotes #inspiringquotes #quotes #tuesdaythoughts

She added that there is still time to change the course of the future if only humans can look past profitable gain. “There is this window of time around the world in the U.S., Australia, and the UK for turning things around. Profit diminishes the way we look at the world,” she noted. Adding that she does, though, have a “renewed sense of hope that human beings can learn to live in harmony in our own daily lives.”

Jane Goodall: “The Most Perfect Woman on Earth”

Goodall is not alone in her mission to save the planet and its inhabitants; the conservationist has keen backing from a number of Hollywood stars, including activist and musician Moby (who recently described her as “the most perfect woman on earth), A-Lister Leonardo DiCaprio, and vegan actor and entrepreneur Rooney Mara (who recently labeled her a “Beauty Icon“).

Not content with her rigorous schedule which sees her touring and speaking about key environmental issues all over the world, Goodall recently launched a vegan clothing line in aid of ape conservation – with none other than DiCaprio himself. Made from sustainable materials, each item of clothing in the line features the slogan “Don’t Let Them Disappear,” referring to the declining population of apes thanks to industries such as palm oil and wood pulp.

Speaking about her life’s work at the Vancouver International Film Festival, Goodall said poignantly, “It’s almost as though I was put here for a purpose, and that there was a mission. Going through my life, and I’ve often done this, there were points along the journey where all I had to do was make the right decision. And I think, looking back, I did make the right decision, but what kept me going was determination and obstinacy.”