Israeli clean meat start-up Aleph Farms has developed the technology to 3D-print slaughter-free meat that mimics traditional meat in both structure and texture.

The company was co-founded by research institute The Kitchen, which is part of the food giant that owns Sabra – “the most popular hummus in America.” Aleph aims to use the new technology to produce 3D-printed steak that is similar to free-range beef, noting that up until now, clean meat technology has largely been limited to processed forms like ground meat.

“It has been a major hurdle to mimic meat’s many properties, such as texture, shape, juiciness, and flavor,” explained Professor Shulamit Levenberg, Co-Founder and Chief Scientific Officer of Aleph Farms. “Our use of the four cell types found in conventional cuts of meat, including vascular and connective tissues, is the key to a product that will be closer to the beef that people crave.”

And according to Jason Bellini – a journalist for the Wall Street Journal (WSJ) – the company is not far off of achieving this goal. He recently had the chance to become one of the first journalists to sample the steak – capturing the moment in a video for WSJ. After the first bite of the meat, which is currently about the size of a credit card, he commented, “It’s pretty good, I have to say,” adding that the lab-grown product could indeed pass as conventional steak. 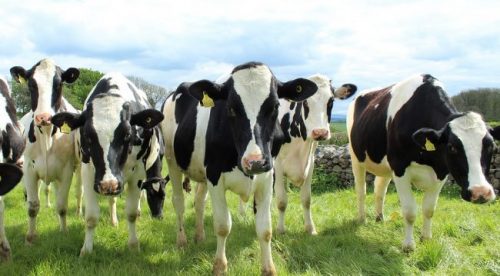 According to Aleph Farms, its “proprietary three-dimensional platform” allows it to create complex tissue from four core meat cell types. Aleph’s clean meat is grown with all of the cells that make up traditional beef such as fat, muscle fibers, blood vessels, and connective tissues.

“Other companies grow single cells in suspension or layers in a petri dish and that means the tissues of other clean meat companies are not really integrated. Their meat is like a formulated, processed product with separate ingredients” Levenberg told Food Navigator.

“Consumers – especially millennials and flexitarians – care about animal welfare and the environment,” said Didier Toubia, Co-Founder and CEO of Aleph Farms. “At the same time, they want to eat juicy, indulgent steak – not just ‘protein.’ Our goal is to help these consumers adhere to their personal standards, while getting to enjoy safe, sustainable meat.”

Aleph Farms, previously called “Meat-the-Future,” was co-founded in 2017 by the Strauss Group and Technion in order to create clean beef that is as close to the animal product as possible.

The company strives to produce food using ethical practices and works to support the growing global demand for meat in a way that is kind to the environment. The company is not alone in its mission to bring slaughter-free meat to consumers. Clean meat companies such as Memphis Meats, Mosa Meats, and JUST, all hope to introduce clean meat products to the market within the next few years.