The Hummus & Pita Co. caused a buzz back in May when it first launched a range of Hummus Shakes in five flavors: original, chocolate, strawberry, pistachio, and butter pecan.

The public initially seemed to raise an eyebrow at the idea of hummus in their milkshakes as it’s typically a savory dip and spread. But after positive reactions to the dairy-free shakes, the company’s founder Dave Pesso was eager to create a seasonal specialty to add to the menu.

In Arabic, “hummus,” simply means “chickpeas.” The Hummus & Pita Co.’s shakes uses a base of real chickpeas and tahini, but you won’t find other common hummus ingredients like garlic, olive oil, or lemon juice here. Instead, the “all natural” shakes are made sweet and creamy with bananas, dates, almond milk, and tahini. The fast casual Mediterranean chain is known for sneaking healthy ingredients into seemingly indulgent treats, and the new Pumpkin Spice Vegan Shake is no exception. 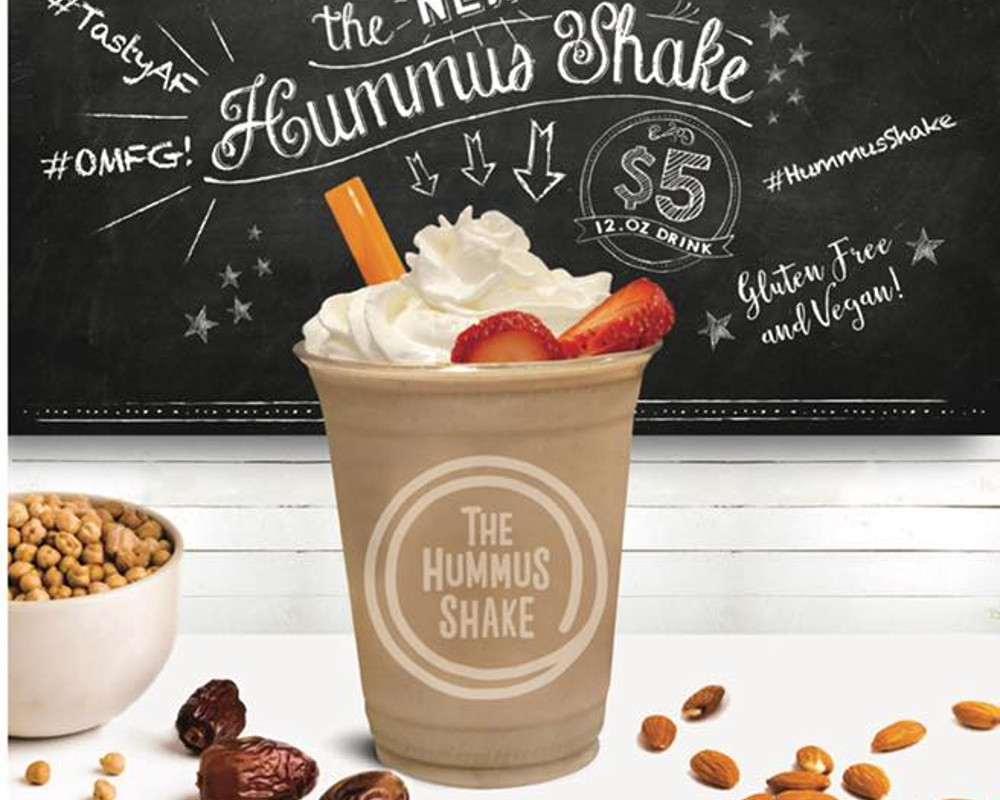 As consumer demand for vegan products continues to grow, more businesses are making their pumpkin spice seasonal specialties vegan-friendly. This year, Pret a Manger’s fall menu includes a spiced vegan pumpkin bisque, among many other vegan treats. Peet’s Coffee offers several pumpkin spice beverages, and like the drinks on Peet’s year-round menu, these can be veganized with optional non-dairy milk and even a coconut whipped cream. And Starbucks, the originator of the Pumpkin Spice Latte craze is now offering vegan PSL’s across several European countries.

Some blogs have speculated that pumpkin spice has peaked and may soon be overrun by maple and apple cider products. But, whatever flavor is in season, vegan options are likely to make it to market as well.

The Hummus & Pita Co.’s Pumpkin Spice Hummus Shake is available at all locations and retails for $5. The chain currently has eateries in New York and Connecticut, and according to the company website, is expected to expand to California, Colorado, Michigan, and New Jersey soon.

World Health Organization Warn of the Dangers of Antibiotics in Meat