A new vegan deli meat range is set to hit the plant-based protein market—and it’s made from bananas.

Kati Ohens and Csaba Hetenyi founded Plantcraft in 2018 to make plant-based meats that were good for the health of people and the planet.

“Human inflicted damages such as climate breakdown, wildlife annihilation, and the destruction of land and waterways put all of earth’s inhabitants in danger,” Ohens told ProVeg Incubator.

“The future of food is plant-based and there is more than enough for our growing population,” Hetenyi said. He added: “We just need to use creativity to produce foods that are good for us and for the planet, but also tasty and affordable.” 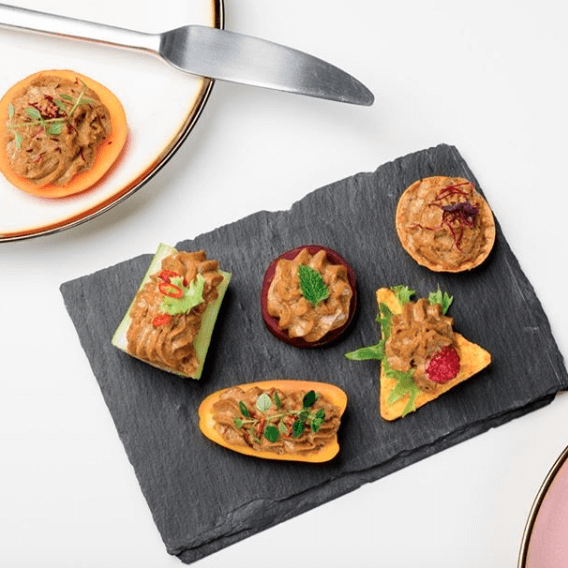 In order to create affordable alternative proteins that were good for human health and the environment, Ohens and Hetenyi turned to plants.

One of the primary ingredients in Plantcraft’s range of vegan meats is green bananas.

Studies show the fruit carries a number of nutritional and physiological benefits. They are a good source of fiber, potassium, zinc, magnesium, and vitamins A, C, B6. Green bananas have also been shown to improve digestion, lowering blood pressure, and boosting metabolism.

“It’s so high in Omega-6 fatty acids and Vitamin E that people use it as a natural beauty product,” Ohens explained. “We use it in our plant-based pepperoni.”

Ohens and Hetenyi originally planned to launch the vegan meat range in the US. However, the duo said they have had to make adjustments amid the current coronavirus pandemic.

“Overall the current situation has urged us to rethink and restructure some of our strategies,” Ohens said. “If anything, it has accelerated our plans to hit the market with our products.”

They now plan to launch Plantcraft’s products in the EU before the end of the year.