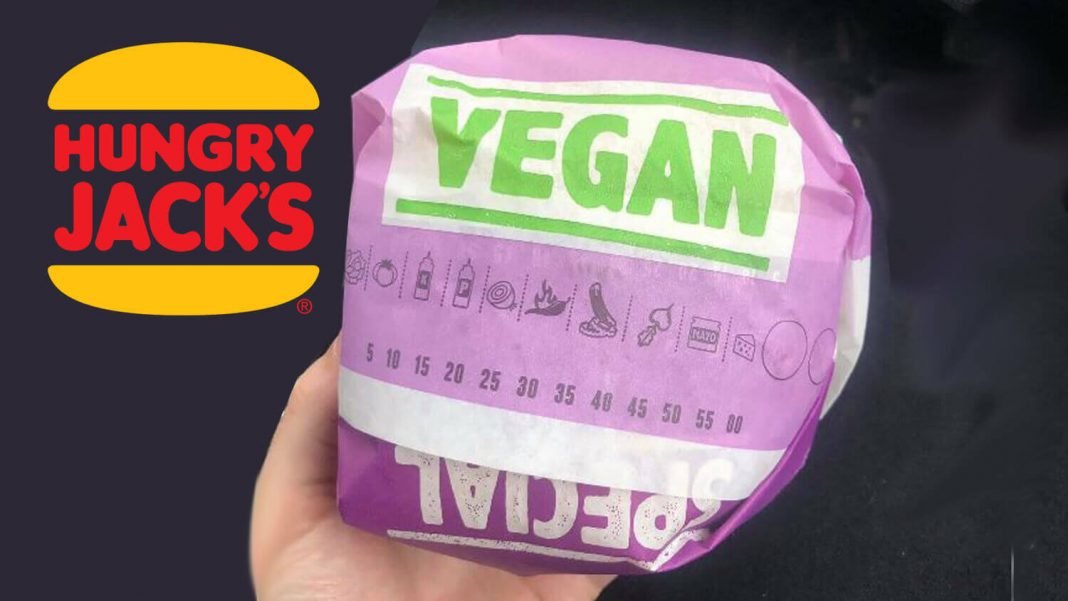 Hungry Jacks, aka Australia’s Burger King, has ditched the “100% beef” wrapping paper for its meatless burgers in favour of one labeled “Special Vegan.”

Word of the new paper spread via the Facebook group Vegans in Australia, where a member found it at the Hungry Jacks in the Sydney suburb Seven Hills.

The vegan cheeseburgers proved to be a popular addition to the menu. By November, Hungry Jacks revealed that it had seen a 50 percent increase in vegetarian sales since the launch, which was an upgrade to the Veggie Whopper.

“Customer response to the addition of the Vegan Cheeseburger as a permanent fixture on the Hungry Jack’s menu has been overwhelmingly positive,” said Hungry Jack’s Chief Marketing Officer Scott Baird. “We highly value the incredible support we’ve received from our customers since the launch.”

Hungry Jacks may introduce more vegan options to the menu down the line. Last December, the fast-food chain advertised a new vegan burger option being trialed at its Belconnen location.

“Try our NEW Kinda Meat Burger with a delicious, plant-based patty. You’ll be surprised it isn’t beef,” the company wrote in a Facebook post that was taken down shortly after. The Kinda Meat burger featured a soy-based patty, giving it a meatier texture than the veggie patty. Hungry Jacks has not made any further announcements about the new plant-based burger.