Is hunting good for the environment? The answer you get depends very much on who you ask.

Many hunters maintain that their activities can support conservation. They say that money spent in the hunting industry can help to fund environmental efforts. They also believe the act of hunting itself can keep populations under control.

Podcast host Joe Rogan is a particularly vocal supporter of hunting. In an episode of “The Joe Rogan Experience” with comedian Russell Brand, Rogan explained why he hunts elk.

Over-hunting and U.S.’s rapid expansion in the 1800s pushed wildlife to the edge. One example of this is the American bison, which faced near-extinction as European colonizers set up ranches and began practicing commercial hunting. President Ulysses S. Grant saw hunting bison as a way of pushing Native American tribes living on the Great Plains onto reservations. Bison hunting was essential to the economy of most plains tribes.

Rogan maintains that money from the hunting industry has contributed to conserving wildlife.

He’s not wrong; former President Theodore Roosevelt, a passionate hunter, established the model that hunters pay for the conservation of the very species they pay to shoot. Under Roosevelt, hunting license fees became a source of state revenue. The Pittman-Roberson Act, also known as the Federal Aid in Wildlife Restoration Act, requires that states use this money for wildlife management.

But many argue that the idea of hunting for conservation just doesn’t work anymore.

One reason is that people are changing the way they interact with the outdoors. According to a 2018 study, hunters tend to be white men in their late 40s to late 60s. Many young people don’t hunt, but they do like to explore the great outdoors. More people are using trails and parks than ever before, and taking part in activities like bird-watching, kayaking, and boarding.

Mary Jean Huston, director of the Nature Conservancy in Wisconsin, told National Public Radio: “Conservationists need to be looking at what is the next step to keep our conservation programs and places strong and healthy. Things need to evolve.”

Americans don’t just hunt within the U.S. Most who trophy hunt in African countries are American. According to the Humane Society International, between 2005 and 2014, hunters imported 1.26 million trophies into the U.S.

In another episode of “The Joe Rogan Experience,” Rogan told fellow hunting advocate Cameron Hanes that some species in Africa are “thriving” due to money from the trophy hunting industry.

But there are many who believe that photographic wildlife tourism is worth far more economically and environmentally than hunting could ever be. 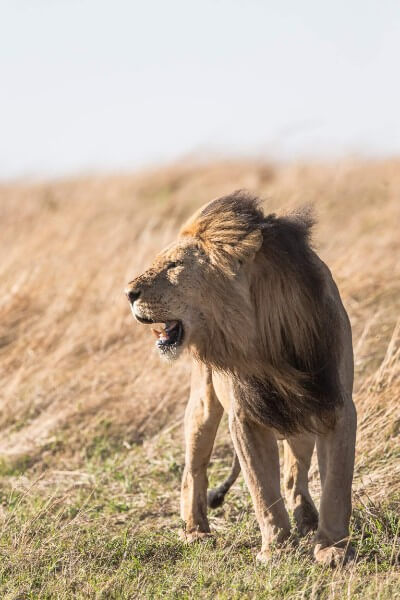 ‘Wildlife is Worth Far More Alive Than Dead’

In 2019, wildlife tourism employed 3.6 million people across African countries. The industry is worth around £24.7 billion, according to the World Travel and Tourism Council (WTTC). The council’s president Gloria Guevara believes that “wildlife is worth far more alive than dead.” There are many who share her view.

Last year, Jonathan Guthrie—the associate editor of the Financial Times—conducted an extensive investigation and analysis into the economic worth of Tanzania’s trophy hunting industry compared with its tourism revenues.

He drew on a number of resources to come up with his overall assessment, including those provided by the World Wildlife Fund, the Tanzanian Government, and leading lion conservation charity Lion Aid. After assessing the evidence, he concluded that the tourism industry is worth far more.

Christine MacSween, the co-founder of Lion Aid, wrote in a statement regarding Guthrie’s assessment: “Jonathan made huge efforts to provide a very fair analysis and give the trophy hunting industry every opportunity to show its value.”

“At the end of the exercise he was very persuaded that trophy hunting is not providing African countries with anywhere near an equivalent income for their wildlife resources that live animals can provide,” she continued. 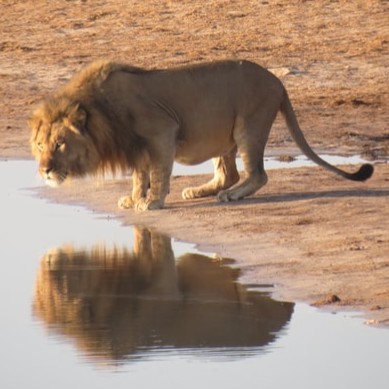 How much are lions worth alive?

‘Living Cecil Could Have Brought in $1 Million’

In 2015, Walter Palmer, an American dentist, infamously shot dead Cecil the lion in Zimbabwe. In the aftermath of the incident, Michael Markarian—the Humane Society of the United State’s chief program and policy officer—laid out just how much the animal could have been worth to Zimbabwe had he been kept alive in an op-ed for the Washington Post.

According to Markarian, Palmer spent $55,000 to shoot Cecil, the “star attraction” at Hwange National Park in Zimbabwe. “Over his lifetime, a living Cecil could have brought in $1 million in tourism,” he wrote.

Twelve-year-old Cecil was being studied by a team of Oxford University researchers. They were trying to “better understand the complexities of lion societies,” reports National Geographic. To them, the loss was devastating, but unfortunately not new. Since their research began in 1992, 42 of their collared male study animals have been trophy hunted.

‘In It for the Money’

Cecil did not die instantly after being shot. His death likely took 10 to 12 hours. Oxford University biologist Andrew Loveridge later wrote about the incident in his book “Lion Hearted: The Life and Death of Cecil & the Future of Africa’s Iconic Cats.”

“What I find most difficult about the whole incident is the apparent callousness with which the hunters undertook this hunt,” he wrote in an excerpt republished by National Geographic. “The lion was a commodity to be collected ... concern for the pain and suffering of the animal never seems to have been a particular consideration.”

Pieter Kat—co-founder and director of Lion Aid—believes there are some examples where money from well-managed hunting may help wildlife. But he also believes that conservation and love for wildlife have little to do with many hunters’ real motives.

“There might be a case to be made for hunting as a means for conservation, because it does bring in a little bit of money,” he told the Guardian. “I would say there are some examples, but it largely depends on the honesty of the hunting operators.”

“By far the largest majority of people that are in the hunting profession are not doing it out of any form of conservation,” he continued. “They are in it for the money.” 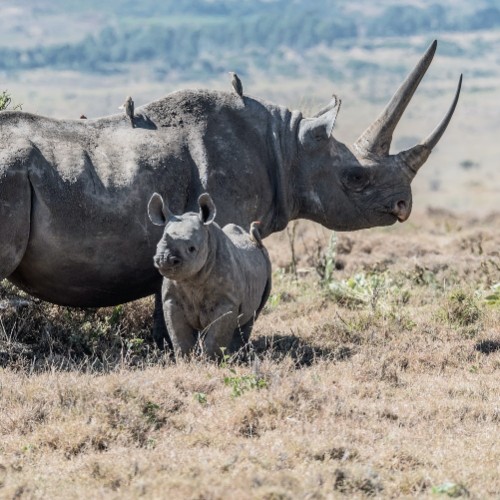 Many hunters maintain that, aside from funding, their sport provides another vital environmental service: helping to keep populations sustainable.

Some hunters can legally shoot black rhinos in Namibia, under strict rules. The UN Convention on International Trade in Endangered Species allows between three and five hunting permits per year. The issuing of the permits depends on evidence that the practice could benefit the species.

Black rhino numbers are slowly recovering. Of the 5,500 left in the wild, around one-third live in Namibia.

Post-reproductive bull black rhinos are selected for trophy hunts. Save the Rhino notes these bulls may “have a detrimental effect on the overall rhino population, by being aggressive or territorial.”

They state that removing this “problem” individual could help the population grow.

However, animal rights organizations argue that nature can look after itself. PETA (People for the Ethical Treatment of Animals) states that “the delicate balance” of nature’s ecosystems takes care of the earth’s species.

Referring to trophy hunting in Africa, Teresa M. Telecky, Ph.D., president of wildlife for the Humane Society International, wrote in Earth Island Journal: “the best way to conserve critically endangered species like the black rhino is to ensure that every animal remains alive and contributing to the genetic diversity of the species.”

“Species with a diverse gene pool are more able to overcome challenges to their survival,” she continued.

Black bear hunts are legal in 27 U.S. states. Up to 50,000 black bears are legally hunted each year, according to estimates.

According to Fran Silverman, communications director at Friends of Animals, supporters of bear hunts “point to unscientific bear sightings to inflate numbers and livestock conflicts to scare the public.”

She wrote in an op-ed: “killing them will solve this, they say. And the hunters then get to take home the bears to mount or use as rugs. Nice reward for saving all of us.”

She also points to a study published in Science Advances in 2018. It revealed that 60 percent of the science in wildlife management plans surveyed contained “fewer than half of criteria for the fundamental hallmarks of science.”

The study concluded that its results “raise doubt about the purported scientific basis of hunt management across the United States and Canada.”

Ultimately, many believe that animals across North America, in African countries, and the rest of the world are much more valuable—economically and environmentally—alive than they are dead.

“An animal can be watched throughout his lifetime. There’s a growing pool of eco-tourism customers waiting for that thrilling experience,” Telecky noted. “On the other hand, the creature targeted by the hunter dies, meaning the revenue gained is merely a one-shot deal.”

She continued, “Make no mistake: trophy hunting is setting wildlife conservation back. There are better ways to save these animals than by shooting them.“