Icelandic whaling business IP-Utgerd has announced it is ending whaling for good.

Animal rights advocates welcomed the news. “This is indeed terrific news that for a second straight year, vulnerable fin whales will get a reprieve from Hvalur hf.’s harpoons,” Fabienne McLellan, co-director of international relations at the conservation nonprofit Ocean Care, told Mongabay.

Iceland’s second whaling firm, Hvalur, said it will not hunt any whales this year. Hvalur revealed it canceled its hunt this year due to export problems and social distancing requirements amid the novel coronavirus outbreak.

McLellan added: “This said, fin whaling has been suspended in Iceland in the past, only to resume. While it looks promising that whaling in Iceland might stop for good, the temporary cessation of fin whaling must become permanent.”

In 1986, the International Whaling Commission (IWC) passed a global moratorium on commercial whaling. However, Iceland—which lodged an official objection against the ban—resumed whaling in 2006. 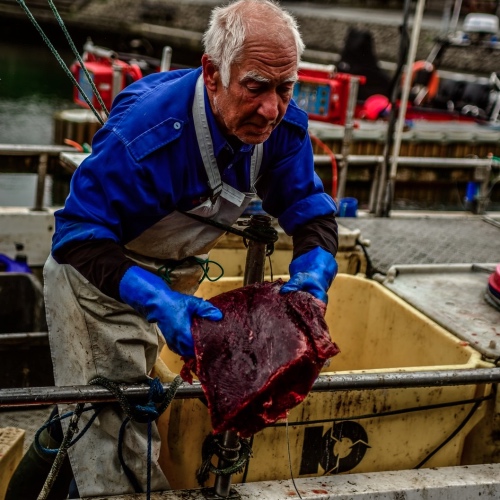 Iceland canceled all whales hunts for the second year in a row due to COVID-19.

According to the charity Whale and Dolphin Conservation, commercial whalers are depleting whale populations. They say whalers kill more than a thousand whales each year for their meat.

In addition to the senseless killings, the whaling industry is bad for the environment. Commercial whaling causes ocean pollution, as well as habitat loss. Moreover, whales are natural carbon sinks and store carbon in their fat. Thus, they help reduce the amount of carbon dioxide present in the atmosphere.

Research published in the online journal PLoS ONE revealed approximately 160,000 tons of carbon dioxide would be removed from the atmosphere each year if whale populations were restored to pre-industrial levels.

Iceland has killed more than 1,700 whales since the IWC banned commercial whaling, according to the WDC. There are currently only two other countries that continue to defy the global whaling moratorium: Japan and Norway.