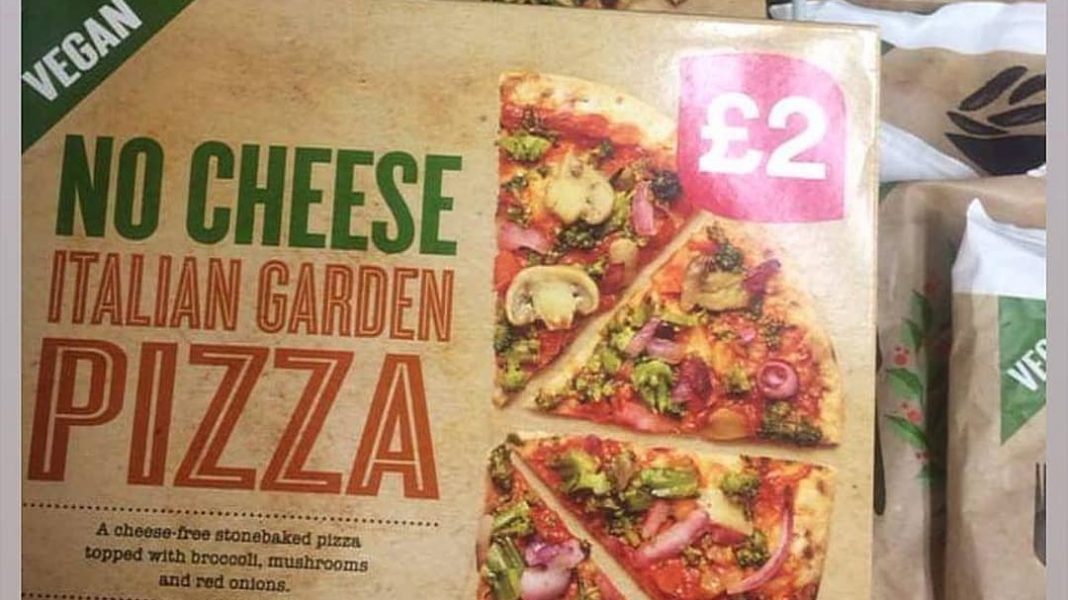 The new products – “No Cheese” Italian Garden, topped with broccoli, mushrooms, and red onions, and “No Cheese” Houmous, topped with houmous, seasoned tomatoes, and black kale – are the first plant-based pizza options to go on sale at the popular frozen food chain.

The launch follows on from the success of the company’s vegan meaty “No Bull” burger, introduced in the spring, which outperformed its beef counterpart in some locations. The success of the product also inspired the company to launch other vegan items in the summer, including “No Porkie” Chorizo Slices, and “No Chick” Chicken, each clearly labelled as vegan and stocked in their own plant-based frozen section.

Iceland’s head chef and food development manager Neil Nugent said earlier this year, “We had tremendous success with the No Bull Burger and it’s clear our customers want more from us… we have embraced the nation’s love for alternative plant-based foods in an innovative and exciting way.”

He continued, “The growth of the vegan food market in the UK has been rapid, with 56% of adults now saying that they are adopting vegan behaviour when conducting their supermarket shop.”

Iceland isn’t the only UK supermarket to launch its own range of vegan pizzas. In October, Waitrose & Partners launched four new plant-based pizzas without cheese, alongside 24 other vegan own-brand products.

Like Iceland, the launch was in response to growing demand from consumers. Chloe Graves, Waitrose’s vegan and vegetarian buyer, said at the time, “Our current selection of products has been selling really well week after week. With requests for more choice coming from our customers and partners, we could clearly see there was an appetite to have more vegetarian and vegan options in our shops.”

Sainsbury’s, Tesco, and Marks & Spencer have also launched a number of new vegan products this year, with the latter dropping a new range of over 60 plant-based meals, snacks, and ingredients earlier this month.