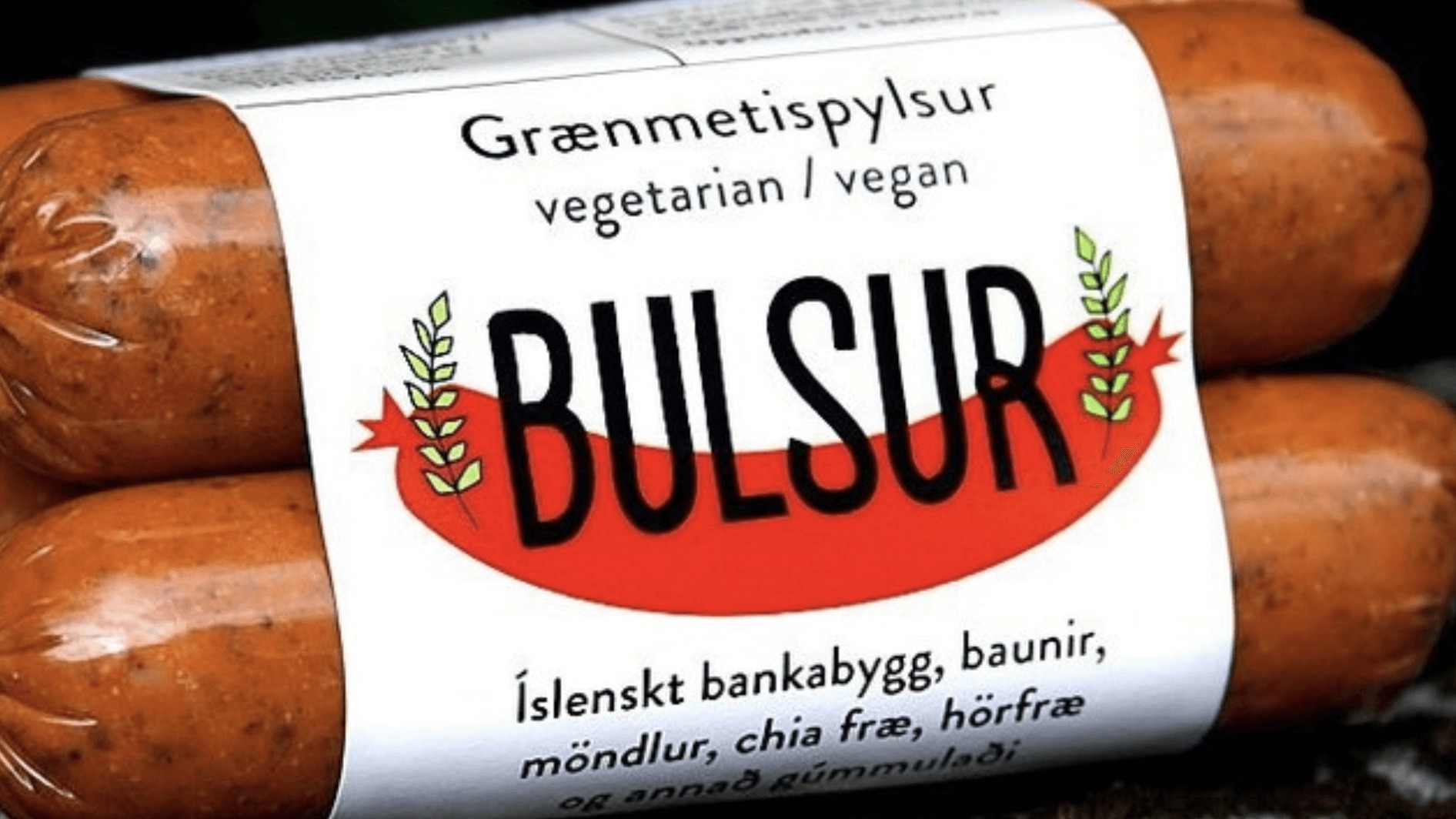 Musician Svavar Pétur Eysteinsson stopped consuming meat in 2012 and since then, he has focused his creative efforts not on music, but on creating the ultimate Icelandic vegan sausage, Bulsur.

Before he was known for creating the Björk of vegan sausages, Eysteinsson was renowned for creations of an entirely different kind — he was a member of the band Skakkamanage, and a front man for Prins Póló (his “stage name”). He also partook in several graphic design ventures.

Speaking to Grapevine back in 2013, Eysteinsson explained why he chose to change path and channel his creative energy into developing Iceland’s only vegan sausage brand.

“I went vegetarian last year and I quickly got a craving for sausages,” he said. However, he disliked the taste of soy, and with few alternatives available, felt it necessary to come up with his own recipe. With the help of his family, Bulsur was founded in the spring of 2013.

Made predominately from organic Icelandic barley and kidney beans, and spiced with fresh garlic, cumin, and chilli peppers, the sausages are 100 percent plant-based and bursting with flavor. Quick and easy to cook, they are also packed full of nutrients,  containing omega-3 rich chia seeds, flaxseeds, Icelandic Sea Salt, and tomatoes, among other vitamin-enriched ingredients.

To some, the new venture may seem less exhilarating than a musical career, but Eysteinsson disagrees. “It doesn’t make a difference if I’m making an album or a poster or sausages, it’s just about creating,” he says.

In May, the brand took to Instagram to reflect on its progress. Sharing an image of the founder, the company wrote, “Here you can see @prins.polo, the creator of Bulsur, 5 years ago with the [prototype.]” It proudly added that, now, Bulsur sausages are sold in over 40 of Iceland’s stores and in 10 restaurants, including Bjórgarðurinn Beer Garden and Geysir Bistro.

The company notes that its sausages can be eaten by anybody, and by consuming plant-based food “the future can be… green for us all.”