(Updated July 14, 2020) | The banning of Iceland’s animated anti-palm oil ad from television apparently did only good for the affordable supermarket’s publicity. Kantar Millward Brown is an advertising agency that researches the effectiveness of holiday ads. It found that the “Rang-Tan” commercial resonated with consumers more than glitzy adverts did.

The one-minute, 32-second ad, which shows a cartoon baby orangutan being driven out of her home as a result of palm oil-driven deforestation, was originally created for Greenpeace, reports the Financial Times. But it struck a chord with Iceland’s managing director, Richard Walker. “They showed us a rough cut of this campaign video they had: it brought a tear to my eyes. We thought it would be great if we could use it as our Christmas advert,” he said.

The “Rang-Tan” commercial was intended for TV. But Clearcast, the non-government organization that approves ads, wouldn’t approve it. This is because Greenpeace shares traits with political groups. It had also already been up on the Greenpeace website.

Iceland shared the commercial on YouTube instead, titling it, “Iceland’s Banned TV Christmas Advert.” The video has nearly 6 million views but according to the Financial Times, it was viewed more than 70 million times worldwide. A petition to air the ad on TV gained more than 1 million signatures.

“We wanted [the Greenpeace film] to be our signature campaign. We have said repeatedly we are not anti-palm oil, we are anti-deforestation,” Walker told The Guardian. “We think this is a huge story that needs to be told. We always knew there was a risk [the clip would not be cleared for TV] but we gave it our best shot.”

What’s the Problem With Palm Oil?

Palm oil is a type of vegetable oil derived from the palm tree. Fast-growing and cheap to produce, it’s present in nearly half of the products found in UK supermarkets including chocolate, personal care items, and cosmetics, according to Greenpeace — this also includes vegan-friendly snacks, like Oreos. Producers grow it primarily in Indonesia and Malaysia. Rainforests are torn down to make way for plantations, displacing orangutans, and fueling the illegal pet trade. The organization notes that orangutan populations have been more than halved between 1999 and 2015 because of plantation expansions.

Iceland banned palm oil from private label products in April 2018. The country replaced it with ingredients that “do not destroy the rainforest,” in the supermarket’s own words.

“Until Iceland can guarantee palm oil is not causing rainforest destruction, we are simply saying ‘no to palm oil.’ We don’t believe there is such a thing as guaranteed ‘sustainable’ palm oil available in the mass market. So we are giving consumers a choice to say no to palm for the first time,” Walker said at the time.

Was banning palm oil the right move? Fixing the issue may not be as simple as a ban. The Guardian notes that Iceland replaced the controversial ingredients with rapeseed and other vegetable oils but this could lead to more deforestation, according to Dr. Jake Bicknell, Dr. Eleanor Slade, and Dr. Matthew Streubig, who specialize in conservation research and palm oil sustainability.

“A recent report by the International Union for the Conservation of Nature, concluded that boycotting palm oil would merely shift—rather than counter—losses to rainforests and wildlife caused by agriculture,” they wrote for Quartz November 2018, adding that replacing it with other oils could make matters worse.

“This is because, compared to other common sources of vegetable oil, such as rapeseed and soybeans, palm oil crops yield four to ten times more oil per unit of land, and require far less pesticide and fertilizer. In fact, palm oil makes up 35% of all vegetable oils, grown on just 10% of the land allocated to oil crops,” they continued.

“So, if other crops such as soybean replaced a shortfall in palm oil, this would not only shift more production to the Amazon (a major soy-producing region), it would also require more land, leading to more deforestation. Indeed, soybean farming is already responsible for more than double the deforestation of palm oil. In the context of other food sources, livestock and beef production has led to more than five times the amount of deforestation, compared to palm oil,” they wrote. 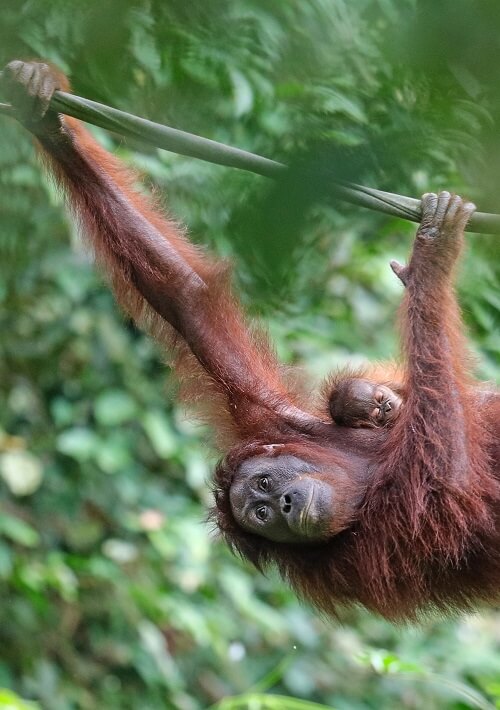 What Is the Solution to the Palm Oil Problem?

Iceland uses significantly less palm oil than companies like Unilever — 500 tonnes per year compared to the consumer goods behemoth’s 1.5 million, according to the Financial Times. There are groups such as the RSPO (Roundtable on Sustainable Palm Oil) that are leading the charge toward responsible practices, but only 20 percent of global palm oil is certified as sustainable.

Bicknell, Slade, and Streubig maintain that the conversation should shift away from palm oil boycotts toward sustainable practices. Nonprofits such as Greenpeace share that belief. According to the organization, Nestlé, Unilever, Mars, and Wilmar, the world’s largest palm oil supplier, have signed commitments to end unsustainable palm oil use.