For dessert, Iceland will offer No Moo Chocolate Snowflakes. The snowflake-shaped puddings feature a hard dairy-free chocolate shell and a gooey center. 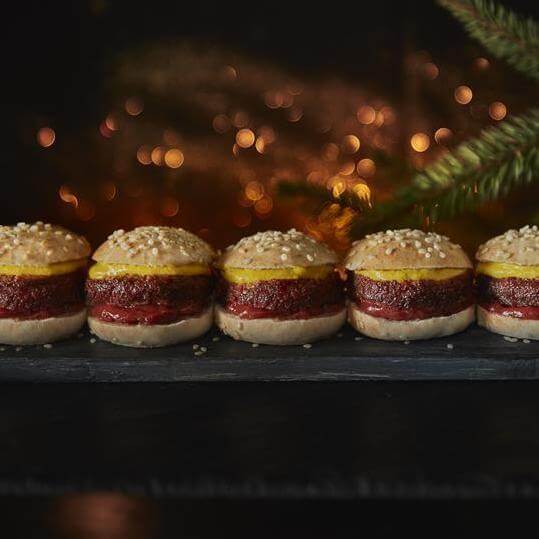 The Christmas food will also be palm oil-free, following on from the supermarket chain’s pledge to ditch the ingredient last year. Palm oil production has close ties to deforestation and habitat loss, which threatens orangutan populations. Last year, Iceland teamed up with Greenpeace to release an anti-palm oil ad online.

The ad highlighted the number of products that contain palm oil and the devastating environmental impact of its production. The commercial was intended for television but was rejected for being too political.

Richard Walker — the son of Iceland’s founder — told the Guardian last November, “We think this is a huge story that needs to be told.“

Later, Iceland publicly announced it would remove palm oil from its private-label products, becoming the first major supermarket in the UK to do so. This year, the chain revealed plans to completely remove plastic from its own-brand products by 2023.

Vegan Christmas Food in the UK

Most major retailers in the UK have now announced their Christmas offerings, and many include a host of vegan options. Asda will offer a vegan chickpea wellington and a gold and chocolate swirl. Sainsbury’s will have a vegan trimmings platter, a no-beef wellington, and a nut and mushroom roast. Marks & Spencer created a vegan turkey roast and Tesco made vegan pigs in blankets.