IKEA has announced that 50 percent of the main meals served at its restaurants will be vegan by 2025.

The Swedish furniture giant made the announcement at the pre-event for the UN Food Systems Summit 2021, which brings together key players from science, business, policy, healthcare, and academia to address the urgent need to create healthier, more sustainable, and equitable food systems.

In addition to offering more vegan options, IKEA will also ensure 80 percent of meals are free from red meat. Eighty percent of packaged foods will also be plant-based. An IKEA Range and Supply Spokesperson told LIVEKINDLY that “we have already made significant progress towards having more plant-based and non-red meat meals in our restaurants’ global range. We know we need to make significantly more progress in terms of a healthier range in global, regional, and market-specific offers.”

From a global perspective, this will mean “mainly adding more plant-based and seafood offers looking at components on main meal plates and ingredients in our packaged food.”

But, IKEA will also evaluate its offers on a regional and local level as well in order to determine modifications it can make and “what delicious new products we might be able to offer.” 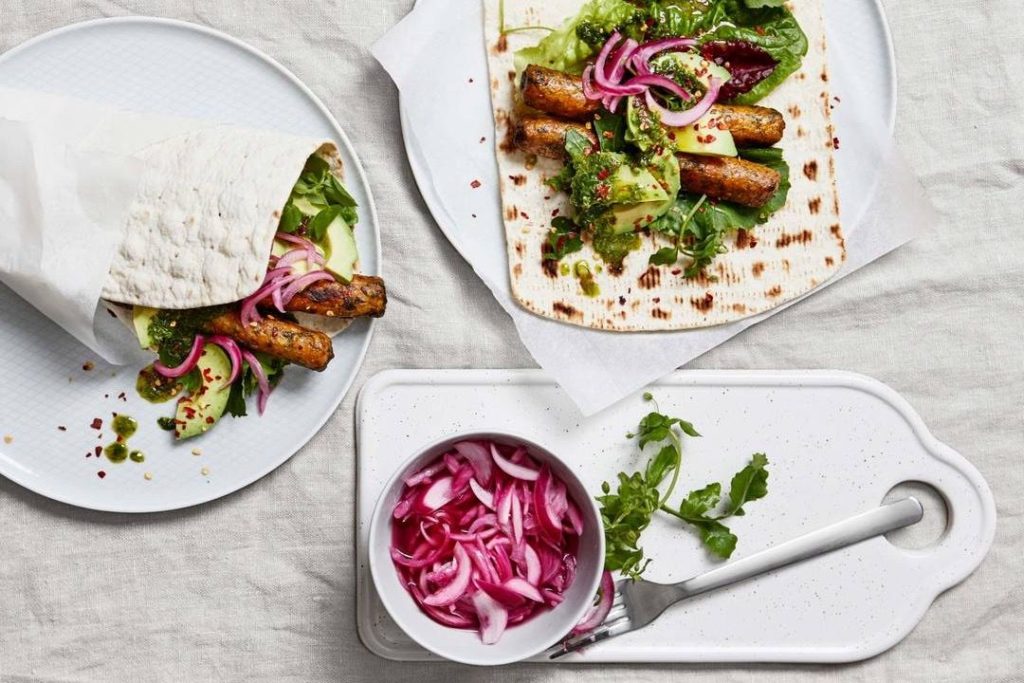 IKEA already has a head start on reaching its new sustainable food goals. It launched vegan meatballs—featuring an even meatier texture than its classic vegetable-based meatballs—earlier this year. According to IKEA, the new pea protein-based meatballs have a 95 percent lower carbon footprint than a traditional meatball.

“IKEA wants to make healthy and sustainable choices the most desirable option, by for example demonstrating that plant-based food can be really delicious,” Lena Pripp-Kovac, Chief Sustainability Officer at Inter IKEA Group, said in a statement.

IKEA aims to make its plant-based options more affordable in order to make sustainable products more desirable to consumers. Its popular veggie dog is sold at a lower price than the meat-based version at its restaurants. It also offers dairy-free soft serve at its European Bistros, priced at just €1. Last year, IKEA UK even opted out of serving turkey for Christmas in favor of a meat-free root vegetable tart tatin and vegan mince pies.

“The more sustainable choice shouldn’t be a luxury for the few. It should be part of people’s everyday life,” Pripp-Kovac continued.

As well as a strong emphasis on plant-based food, IKEA has taken several initiatives to lower its carbon footprint. It kicked off its People & Planet Positive initiative in 2012 and aims to drastically reduce carbon emissions through its entire value chain by 2030.

In order to do that, IKEA has set several ambitions with the UN’s Sustainable Development Goals in mind, including relying on renewable energy, moving toward a circular economy, eliminating single-use plastic, and sourcing recycled materials for its furniture. In October, IKEA announced a new initiative to buy back used furniture, coinciding with Black Friday in 27 countries.